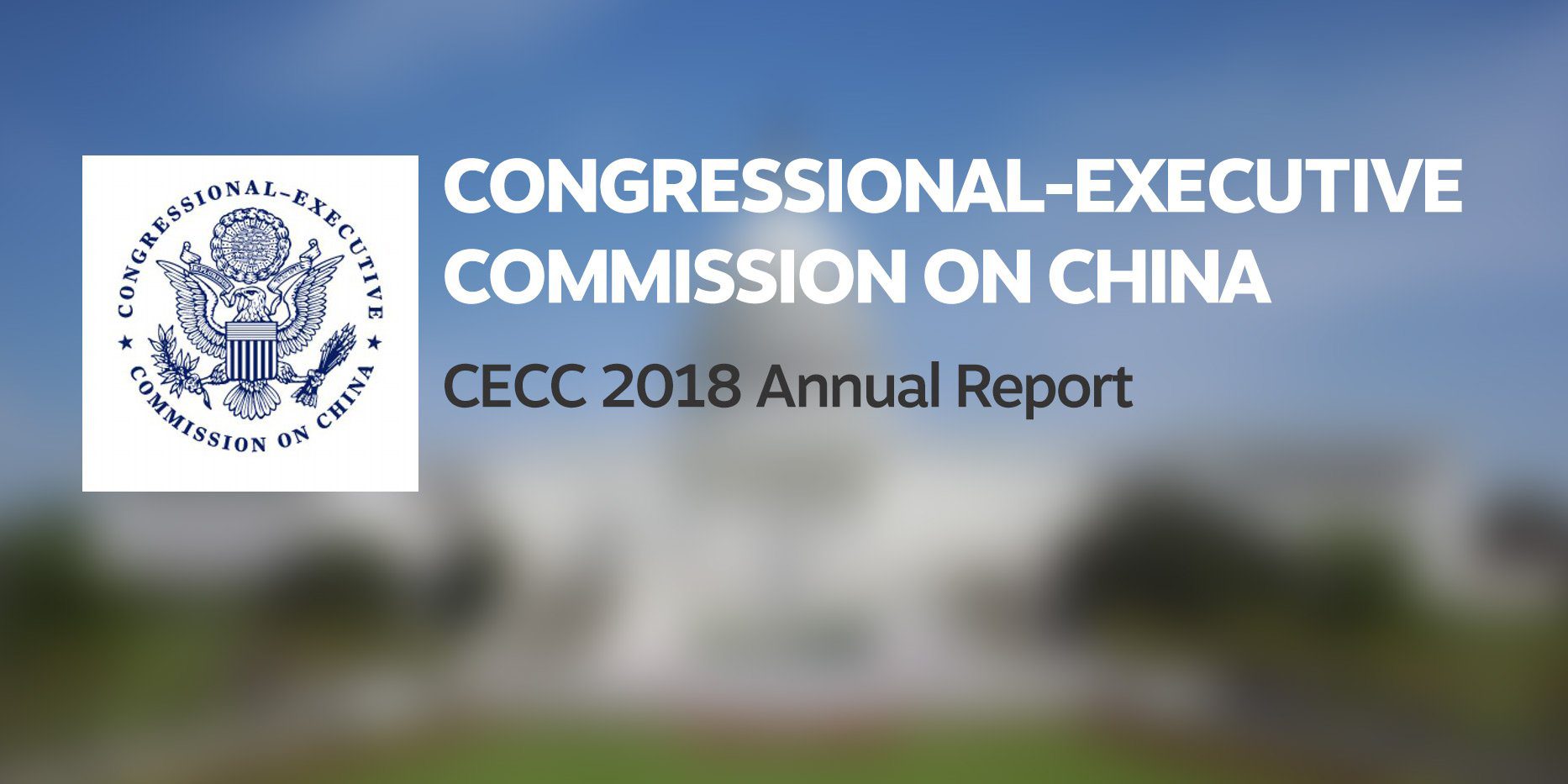 The 2018 Annual Report provides detailed analysis on human rights conditions and rule of law developments in China, and offers recommendations on ways to integrate these issues into U.S.-China relations.

The Senator added that “the Communist Party has dramatically increased its control over government, society and business and is ruthlessly employing technology to further its aims.  As American policymakers increasingly reexamine the misguided assumptions that have informed U.S.-China relations, we must be clear-eyed about the global implications of China’s domestic repression.”

The full report cites ETAC’s 2018 letters, and statements of concern.

From page 14 of the report:

From the recommendations on page 32:

This year, the Commission did not observe any rule making efforts to ban harvesting organs from executed prisoners. [180] At at rafficking conference at the Vatican in 2018, Wang Haibo, head ofthe China Organ Transplant Response System,[181] reported that authorities made 220 arrests over the previous 10 years in connection to illegal organ transplants and noted that authorities continued to combat the practice.[182]

The persecution of Falun Gong practitioners was singled out on page 128: