This presentation provides an overview of the multiple lines of evidence, and the primary investigations and reports, that were reviewed by the China Tribunal. Aimed to inform those who are new to the issue of forced organ harvesting from prisoners of conscience in China, and to assist participants so they understand the main lines of evidence and can explain them to others in their advocacy.

This 1-hour presentation provides an overview of the current evidence of forced organ harvesting from Uyghurs and other persecuted groups in the East Turkestan/Xinjiang region. Includes Q&A.

This training is focused around Modern Slavery, an important area of advocacy which includes organ trafficking. Understanding the ‘supply chain’ obligations of universities, hospitals, medical institutions and business is critical to calling for accountability and justice.

WEBINAR – The Role of Photos and Videos As Evidence Of Human Rights Abuses, with Wendy Betts

This training webinar addresses some of the challenges to authenticating photo and video, which make it difficult to use the footage as evidence to hold perpetrators responsible. Tips for capturing photo and video in a way that can increase its evidentiary value are discussed. Wendy Betts is the Director of eyeWitness to Atrocities, an organisation that combines law and technology to promote accountability for serious international crimes.

This training is focused around David’s advice to grassroots communities regarding approaching governments for support including advice on first impressions and how to communicate with the offices of Government officials.

David Kilgour is former member of the Canadian Parliament since 1979. He served as Deputy Speaker and Chair of the Committees of the Whole House, Secretary of State for Latin America & Africa (1997-2002) and Secretary of State for Asia-Pacific (2002-2003). In 2009, he published with David Matas Bloody Harvest-The Killing of Falun Gong for their Organs. He is a co-author of the 2016 investigative report An Update to Bloody Harvest and The Slaughter.

This video is an important introduction to the issue you can use in your advocacy.

The following documents are free to download. We recommend including them when you contact government representatives, medical professionals and others. We also recommend reading the documents yourself so you are informed.  If you need support please contact us info (at) endtransplantabuse.org 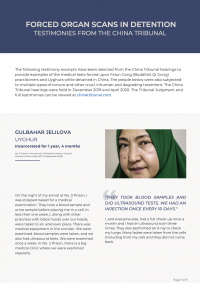 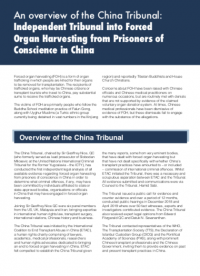 RESOURCE 3: What is Forced Organ Harvesting in China? Understanding the Evidence 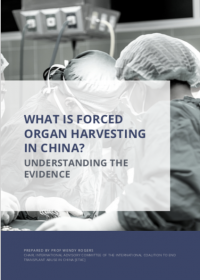 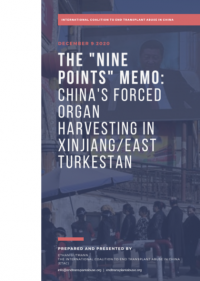 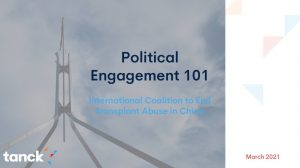 SIGN UP FOR INFORMATION ON UPCOMING WEBINARS AND ADVOCACY INITIATIVES