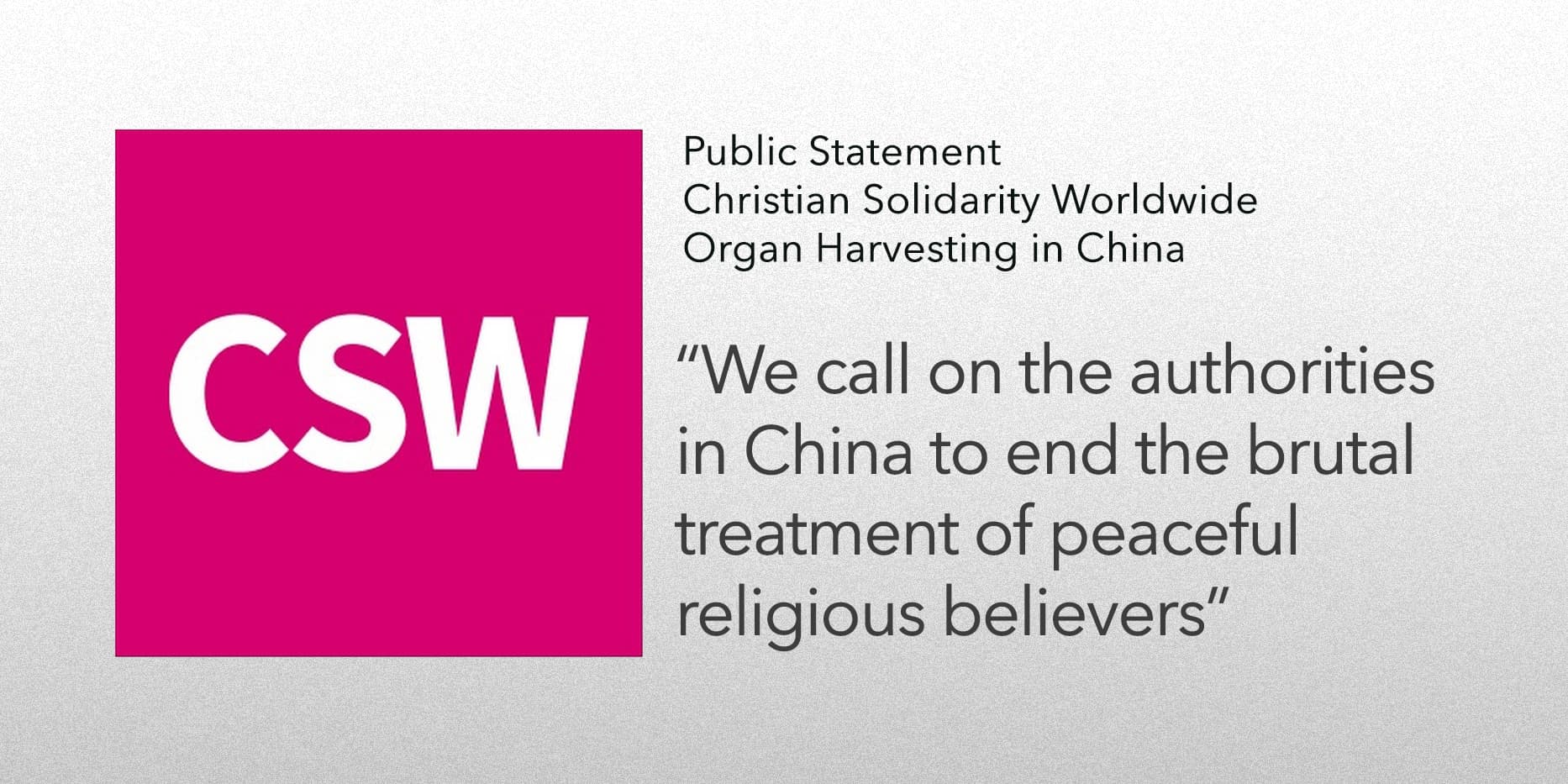 Statement on organ harvesting in China

CSW believes in and works for the right to freedom of religion or belief for all.

Despite claiming to respect religious freedom, the Chinese government severely restricts its citizens’ right to freedom of religion or belief. Human rights violations against religious or belief communities continue to take place across the country, and have increased since Xi Jinping came to power. Furthermore, lawyers who attempt to defend religious adherents from abuses by state actors are themselves routinely harassed, detained, tortured and imprisoned.

One of the ways in which freedom of religion or belief is violated in China is through the banning of groups which the government classifies as cults. The largest group classified as a cult in China, Falun Gong, has been banned since 1999. There have been numerous reports of violations against practitioners, including detentions, beatings, harassment and torture, across the country.

Furthermore, a series of reports by human rights lawyer David Matas, former Canadian cabinet minister David Kilgour, and China analyst Ethan Gutmann, provide evidence to suggest that Falun Gong practitioners and other prisoners of conscience, including other ethnic and religious minorities, have been victims of organ harvesting. Organ harvesting clearly constitutes an extremely grievous violation of human rights, and should be condemned by the international community in the strongest possible terms.

CSW stands in solidarity with everyone in China who has been denied their right to freedom of religion or belief. We call on the authorities in China to end the brutal treatment of peaceful religious believers; to immediately release all prisoners of conscience detained in connection with their religion or belief; and to ensure that no individual becomes a victim of organ harvesting in any form.

CSW’s team of specialist advocates work on over 20 countries across Africa, Asia, Latin America and the Middle East, to ensure that the right to freedom of religion or belief is upheld and protected.

Their vision is a world free from religious persecution, where everyone can practise a religion or belief of their choice.