ETAC is an independent, non-partisan organisation. We are not aligned with any political party, religious or spiritual group, government or any other national or international institution. Our members are from a range of backgrounds, belief systems, religions and ethnicities. We share a common commitment to supporting human rights and ending the horror of forced organ harvesting.

The principal object for which the International Coalition To End Transplant Abuse in China (ETAC) has been established is to advance and promote the education of human rights and values with the goal of ending human rights violations associated with organ trafficking involving forced organ harvesting from prisoners of conscience in China and seeking justice for the victims of forced organ harvesting.

ETAC carries out activities in order to:

The International Coalition To End Transplant Abuse In China (ETAC) is a registered not for profit company (Ltd).

Find out about our Global Advocacy Network

The first in-depth investigation of the killing of prisoners of conscience for their organs was the work of former Canadian Secretary of State David Kilgour and international human rights lawyer David Matas. Their report, Bloody Harvest: The Killing of Falun Gong For Their Organs, was issued in 2006. Around the same time Ethan Gutmann, an investigative reporter and former analyst with the Brookings Institution, was beginning his own eight-year journey into the issue. Gutmann’s 2014 volume, The Slaughter: Mass Killings, Organ Harvesting and China’s Secret Solution To Its Dissident Problem, was based on hundreds of interviews with dissidents and former political prisoners, and provided further insight into the problem. 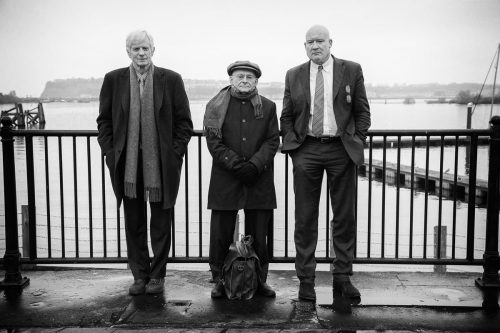 After a decade travelling the globe and addressing parliaments, briefing government officials, and speaking with journalists and academics, Kilgour, Gutmann, and Matas joined forces to publish the most comprehensive examination of transplant abuse in China to date. The result, Bloody Harvest/The Slaughter: An Update, (2016) is an encyclopedic, 680-page guide to China’s organ transplantation industry, providing a meticulous compilation and analysis of a wide variety of evidence demonstrating the scale and breadth of the ongoing abuses.

In October 2016, the authors were invited to participate in the Coalition Roundtable Series, in Stockholm, Sweden. Organized by Normann Bjorvand, film director/producer, the Roundtable Series brought the work of the Update authors to a wider audience.

At the same time, in Sydney, Australia, interest in the issue of forced organ harvesting was building. A group of lawyers, academics, ethicists, researchers, medical professionals and human rights advocates, after seeing the documentary Hard To Believe, were meeting regularly to discuss legislation and outreach activities to bring more awareness of the issue to the public and policy makers. The group was chaired by Susie Hughes, who had long advocated for the issue as national coordinator for a series of human rights documentary screenings that exposed the atrocities taking place.

During the Coalition Roundtable filming week in Stockholm, Kilgour, Matas, Gutmann, Bjorvand and Hughes decided they would collaborate to co-found an International NGO dedicated to ending forced organ harvesting in China. The aim was to build an international coalition and a global advocacy network that would bring together experts, influential individuals and volunteers worldwide to further research, analyse and advocate on the issue.

ETAC was registered in Australia as an independent, non-profit organization in 2017 and the International Coalition To End Transplant Abuse in China has become a leading organisation on the issue, providing a base for a variety of initiatives around the world bringing greater scrutiny and awareness on transplant abuses in China.

Associated bodies include ETAC’s International Advisory Committee, chaired by Professor Wendy Rogers, as well as national committees in Australia, Canada, New Zealand, UK and the USA, with activities and representatives in Japan, Korea, Benelux and Israel.