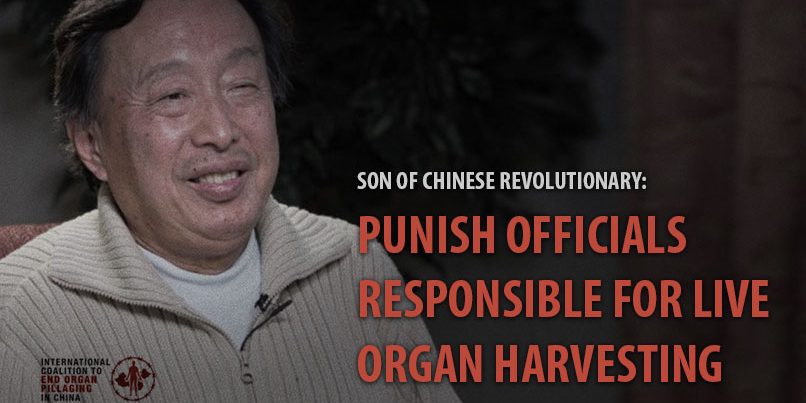 If Chinese regime leader Xi Jinping wishes to set China on the path of democratic reform while in office, he must earn the support and trust of the Chinese people, urges Xi’s childhood friend. The first step Xi should take on this path is the amicable settling of two outstanding human rights abuses, as well as all injustices perpetrated by former Party leaders.

To redress the 1989 killing of students protesting for reform on Tiananmen Square, Xi must “utterly denounce Deng Xiaoping’s suppression of students by gunfire on June 4, offer sincere apologies to the Chinese people, and pay reparations to the victims,” Luo wrote. The People’s Liberation Army must be educated to only “train their guns outward, never in.”

Next, Xi must “utterly denounce Jiang Zemin’s persecution of Falun Gong and other religious groups, offer sincere apologies to them, and pay reparations to the persecuted.”

Luo Yu added: “Punish the political and military officials responsible for live organ harvesting,” alluding to the regime’s practice of forcibly removing organs from still-living Falun Gong practitioners to sell for a profit. Researchers estimate that tens of thousands of practitioners have been killed by this grisly method. Human rights groups say that practitioners of Falun Gong, a traditional Chinese spiritual discipline, are the most severely persecuted prisoners of conscience in China today.

Finally, Xi Jinping should “rehabilitate the overwhelming miscarriages of justice, big or small,” that have occurred under communist rule.

In a previous open letter, Luo Yu became the latest former Party official to publicly call for the Party’s disintegration and advocate a move to democracy. He did so during a sensitive period for the regime—China’s economy is floundering after years of phenomenal growth; more and more Chinese are protesting the regime’s mishandling of disasters; and scores of communist cadres, from the lowest rungs to the elite, have been and continue to be purged as part of Xi Jinping’s anti-corruption campaign aimed at removing the faction loyal to former Party leader Jiang Zemin.

Since December, Luo, 71, has addressed three open letters to Xi Jinping. In the letters, Luo hails the Party leader as “brother Xi,” because their fathers knew each other well from their time running the country, and their families grew close.

Being a “princeling”—a term given to the offspring of revolutionary leaders—Luo Yu could have been a powerful, elite Party official and be now enjoying his retirement in style, assuming he had bent with the political winds.

But Luo, a former division commander in the People’s Liberation Army’s General Staff Department, decided to quit his position and the Communist Party shortly after the 1989 massacre in Tiananmen Square. Today, Luo Yu lives modestly in Harrisburg, Pennsylvania, having formerly resided in Hong Kong and Portugal.

Some years after his peaceable and uneventful defection, however, a farcical incident unfolded.

The “fraudulent” action of then newly promoted Party leader Jiang had “illegally deprived” Luo Yu of all his benefits, an injustice he has been trying to overturn for over 20 years.

However, Luo feels that the injustice he incurred from the regime was trivial.

“In serious cases, people have been killed,” he wrote.