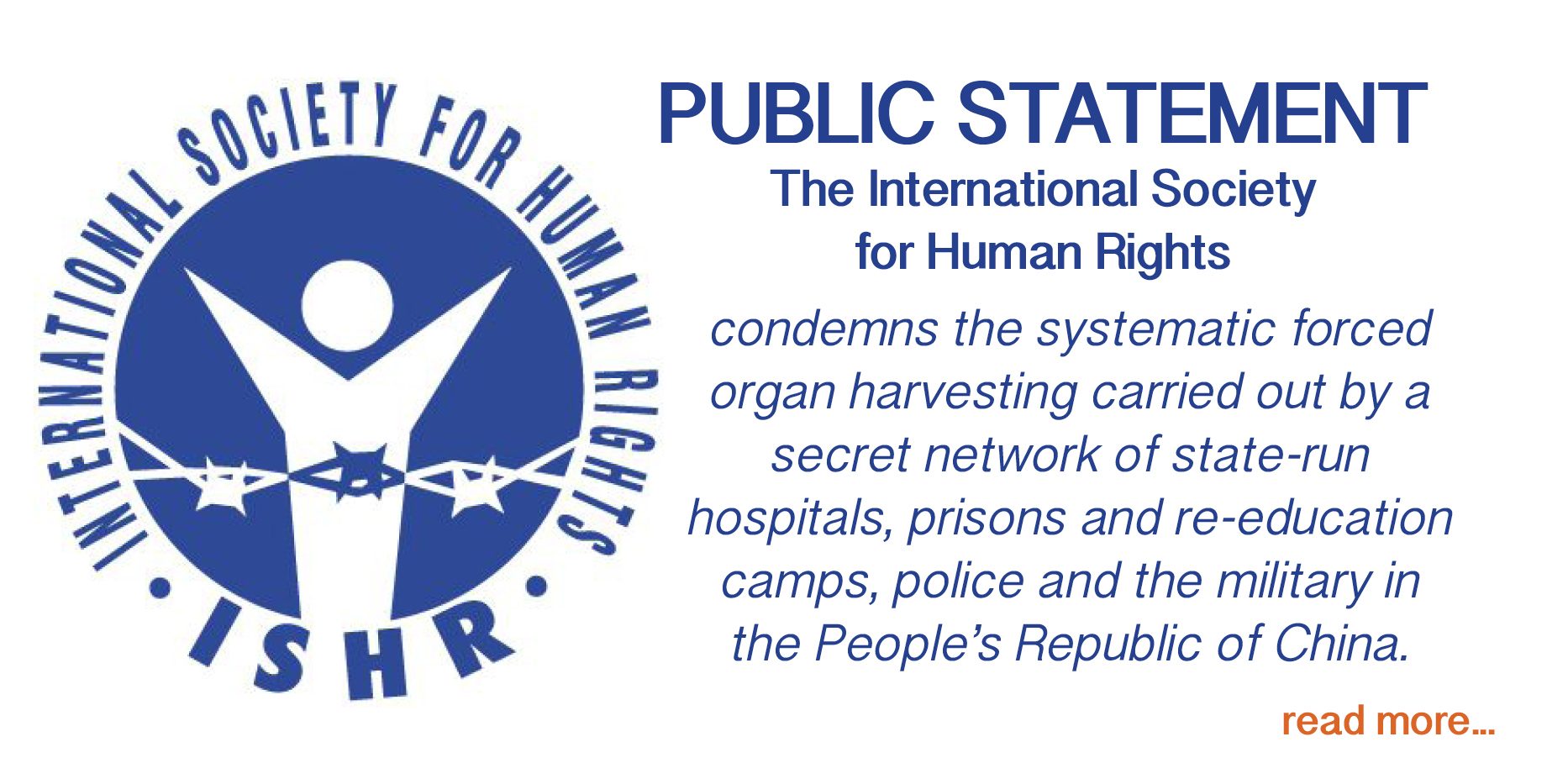 The International Society for Human Rights condemns the systematic forced organ harvesting carried out by a secret network of state-run hospitals, prisons and re-education camps, police and the military in the People’s Republic of China.

This crime against humanity has been going on for decades and it increased drastically since the persecution of Falun Gong 1999. According to the independent investigation made by Matas, Kilgour and Gutmann, number of organ transplantation annually adds up to between 60,000 to 100,000 using statistics published by the transplant hospitals in
China. (https://endtransplantabuse.org )

Chinese authority has never been able to explain where the organs were sourced, if not through unethical organ harvesting from prisoners of conscience, mainly from Falun Gong practitioners, but also from Uyghurs and others.

As urged in the resolutions of EU parliament and US Congress, we call upon all EU member states and the international community to: