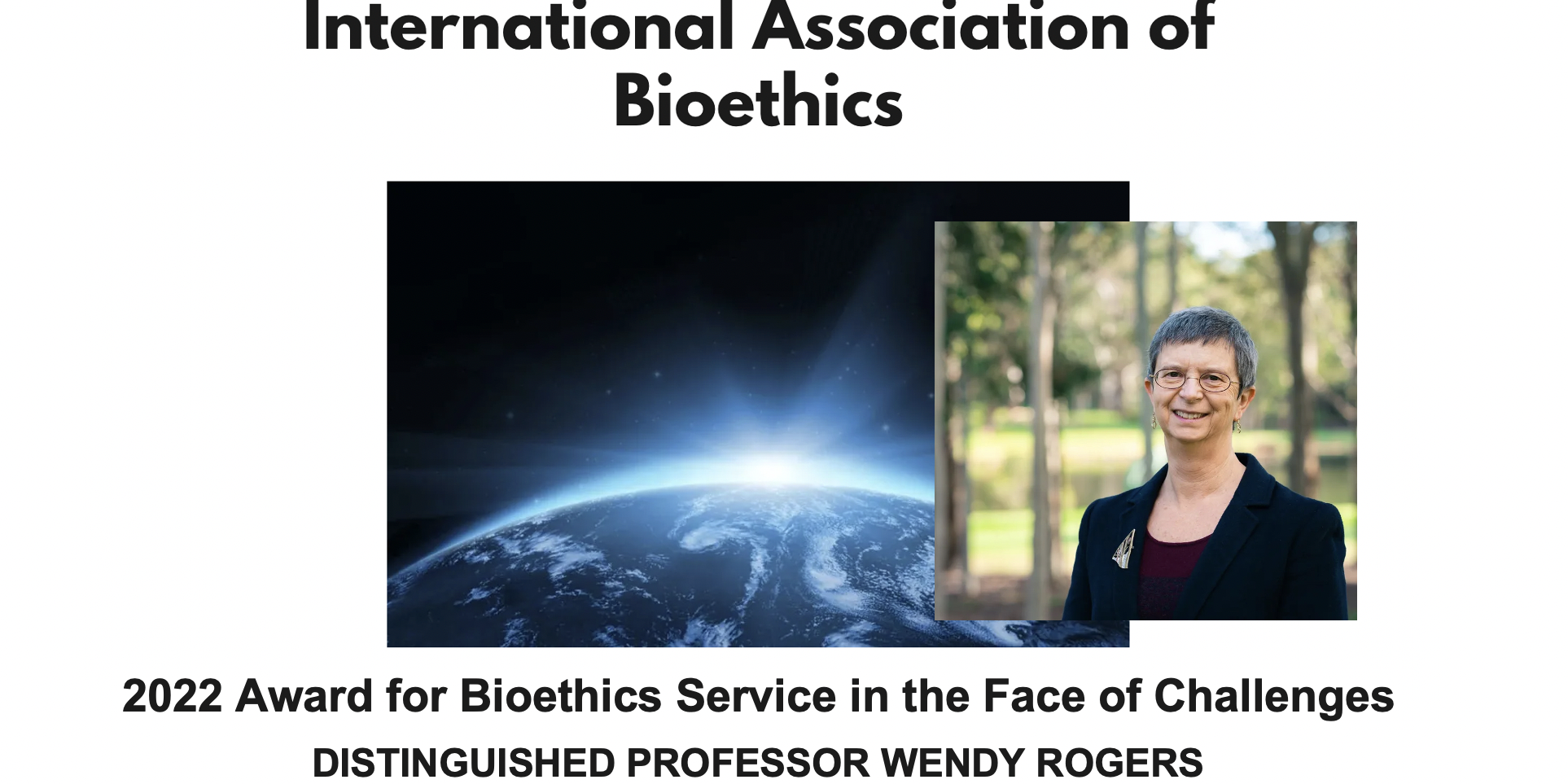 ETAC would like to congratulate Professor Wendy Rogers on receiving the International Association of Bioethics (IAB) 2022 Award for Bioethics Service in the Face of Challenges.

Wendy is Chair of ETAC’s International Advisory Committee and has worked tirelessly to investigate and expose the forced organ harvesting atrocities happening in China today.

The announcement by the IAB can be read below and on their website HERE.

The IAB recognized Wendy Rogers, Professor of Clinical Ethics at Macquarie University, Australia for her role in the registered Australian charity, International Coalition to End Transplant Abuse In China (ETAC). Rogers serves as ETAC’s Director and chairs its International Advisory Committee. In that capacity, Rogers raised public, professional, and governmental awareness of forced organ harvesting from prisoners of conscience in China.

Among Professor Rogers’ signature achievements are service to the China Tribunal, an independent people’s tribunal that inquired into forced organ harvesting from prisoners of conscience in China and investigated what criminal offences might have been committed. Rogers contributed an expert witness statement and evidence to the Tribunal and prepared grant applications for funds to run it.

Rogers drew attention to failures in the transplant profession’s own ethical guidelines regarding organ procurement from prisoners. Rogers led an international team of volunteers to examine transplant research publications from China to identify papers that, against international ethical guidance, used organs sourced from prisoners. This led initially to the widely reported retraction of a paper in Liver International (Davey, 2017).  Rogers was subsequently lead author of a 2019 review of 445 papers, which generated extensive media coverage and led to a further 2 retractions (Rogers et al., 2019). In recognition for these contributions, Rogers was named as one of Nature’s 10 people who mattered in science in 2019 (Cyranoski, 2019).

Rogers’ significant body of research and advocacy has made a major contribution to increased public understanding, greater vigilance by journals, and governments starting to attend to a previously ignored human rights abuse.

ETAC Joins 55 Organisations Urging for US Sanctions to Stop the Uyghur Genocide
August 25, 2022