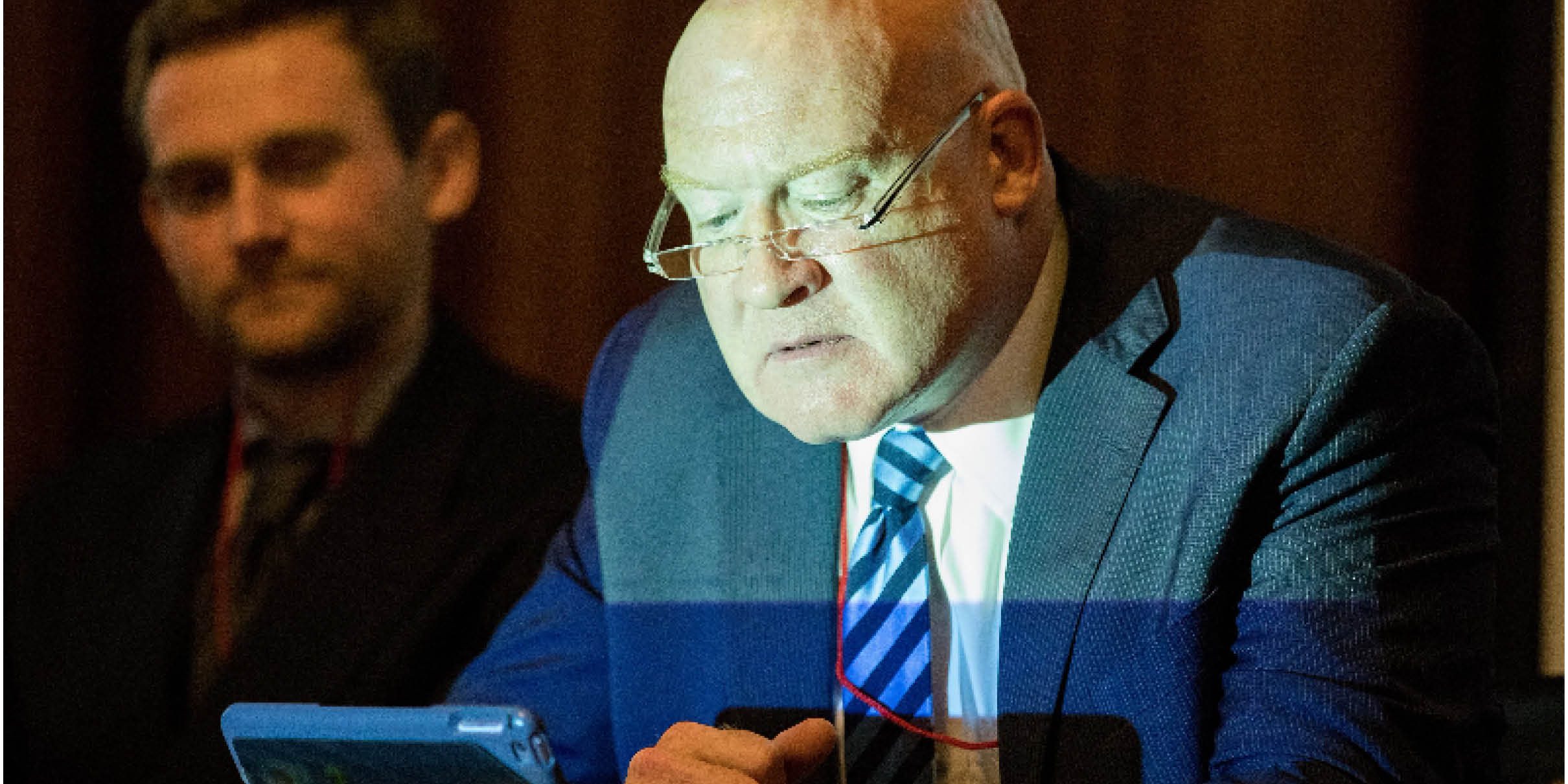 Ethan Gutmann’s remarks at the Westminster Roundtable on Forced Organ Harvesting, December 13, 2017
Back when I was a graduate student studying nuclear weapons, in the early 1980s, with Cold War tensions at an all-time high, my advisor, the late Warner Schilling, said to me: “I submit, that you may not recognize the Soviet Union you want – even when you see it.”
I never forgot that statement. Surrounded by skeptics, I became an early-adopter of the idea that Gorbachev was a true reformer – in fact, just a bit more significantly, so did Margaret Thatcher and Ronald Reagan.That profound intellectual challenge – to recognize ongoing reform when it appears – is relevant today. But so are Reagan’s words: “Trust, but verify.”
On January 1st, 2015, Huang Jiefu, China’s spokesman on transplantation reform, announced that all harvesting of prisoners had ceased. Yet in June 2016, End Organ Pillaging – specifically in an exhaustive report published by Kilgour, Matas and myself – proved that Chinese transplant volume was at least 60,000 per year, rather than 10,000 as the Party claimed. The implications of large-scale organ sourcing from Falun Gong, Uyghurs, Tibetans, and select House Christians was alarming – and for once, media coverage and government resolutions from both the US Congress and the European Parliament, including the UK Tory report, “The Darkest Moment,” reflected that urgency.
So the Party moved the goalposts again. The new claim is that the Party has reformed the Chinese transplant system over the last year. For example, the Chinese medical establishment referred to a secret database, that showed that recent Chinese consumption of immuno-suppressant drugs supported the 10,000 per year transplant figure – an allegation mirrored by a reporter from the Washington Post. Yet the database is not actually that secret. It shows Japan (about 2000 transplants a year) beating China in transplant volume just a few years ago.
That is ludicrous. So let us examine more serious claims:
First, according to a former president of The Transplantation Society, Dr. Jeremy Chapman: “There has been a substantial change in China which has been in the right direction.”
Chapman does not lie. He may make mistakes, but he prides himself on being a straight-shooter – with me, everyone else, and especially, with the Chinese. If Chapman appears to be seeing something, we should take that seriously.
Second, according to Huang Jiefu, voluntary donors can now sign up through a link and app and claims “more than 230,000 people have done so.”
Huang Jiefu lies. Huang was quoted in Chinese media in late 2014 and early 2015 as saying prisoners could “voluntarily” donate organs while saying the exact opposite to the international press. Huang has vested interests, and a history – 5000 liver transplants plus experimental operations on prisoners under his belt – to protect. Yet I take Huang seriously too, for a common-sense reason: China lost the argument in 2016. Rationality would dictate that the Chinese medical establishment would reform its transplant system – and do so quickly.
Yet we have two pieces of countervailing evidence.
The first is a recent report by the World Organization to Investigate the Persecution of Falun Gong based on phone calls to hospitals across China over the last year. Two patterns: 1) There is no sign of a diminution of organ transplant volume on the local level and 2) The Chinese hospital administrative staff will not speak about organ sourcing, except to – explicitly – explain that they are under strict orders not to speak about it. Clearly, this is not the profile of a system flooded with voluntary organ donations.
The second piece of evidence comes from Human Rights Watch: A comprehensive blood and DNA testing regime (first used on Falun Gong several years ago) was unveiled over the last year. It’s aimed at every Uyghur – man, woman and child – in Xinjiang. The testing is 90% complete. Now, there may be several uses for the DNA samples and blood tests, including surveillance. But it’s also compatible with tissue matching. Fifteen million Uyghurs are in danger.
So can we – or the TTS, the WHO, or the Vatican – believe in reform when the Chinese do not allow a true verification regime? We cannot. And that means – at a minimum – Westminster must freeze British-run projects such as TFP Ryder Healthcare’s project to build a medical city in Dalian, including an organ harvesting center, until such verification is in place.
Let me conclude by pointing out that simply by speaking about the current status of organ harvesting in isolation, I am actually following the Party’s preferred strategy to wipe out the past. So, let us have no illusions about the limitations of a verification regime either.
Westminster does not have the moral authority to excuse the Party for committing mass murder. Nor does the Transplantation Society, the WHO, or the Vatican. Only the families of China have that moral authority. And until we hear from them, Westminster must avoid complicity in a crime against humanity.
Categories: By Ethan Gutmann, In the News, News Reports, Speech, Speeches & PresentationsBy ETACDecember 20, 2017