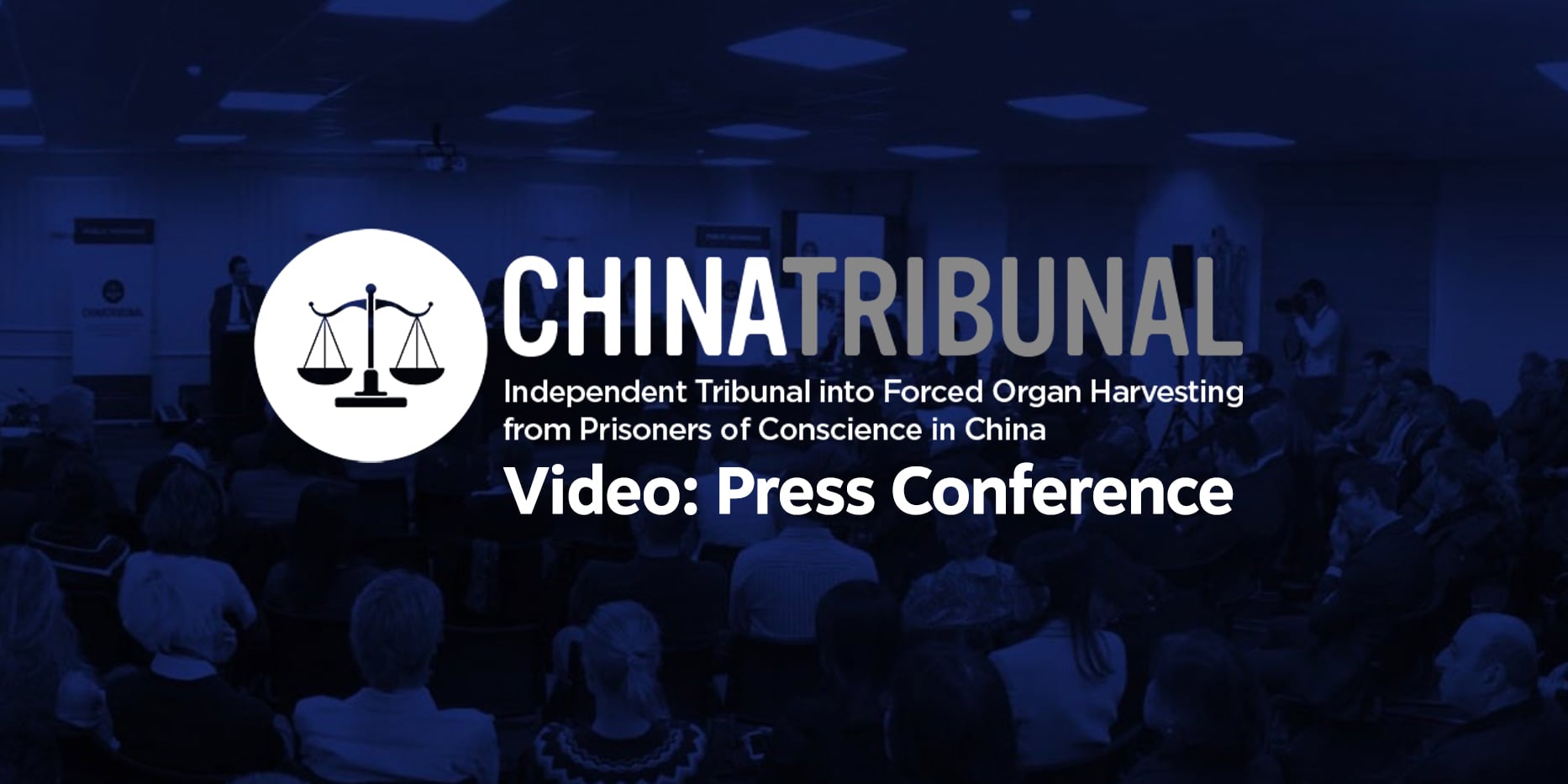 For the first time 30 fact witnesses and experts from around the world step forward to give evidence before an independent people’s tribunal chaired by Sir Geoffrey Nice QC (former prosecutor of war crimes at the UN’s tribunal for the former Yugoslavia).

Joining Sir Geoffrey Nice is a panel of six members with backgrounds in international law, medicine, business, international relations and Chinese history. Mr Hamid Sabi will provide legal counsel, drawing on his expertise from the Iran Tribunal. The Tribunal will receive independent legal advice from around the world on the legal implications of factual findings they may make.

The Tribunal will investigate what criminal offences, if any, have been committed by state or state-approved bodies / organisations / individuals in China that may have engaged in forced organ harvesting.

Witnesses over the three days include Chinese refugees who have fled alleged persecution after being held in detention in China, medical professionals and investigators. The final day of the hearings lands on the 70th anniversary of International Human Rights Day.

Findings will culminate in a final report to be released in 2019.