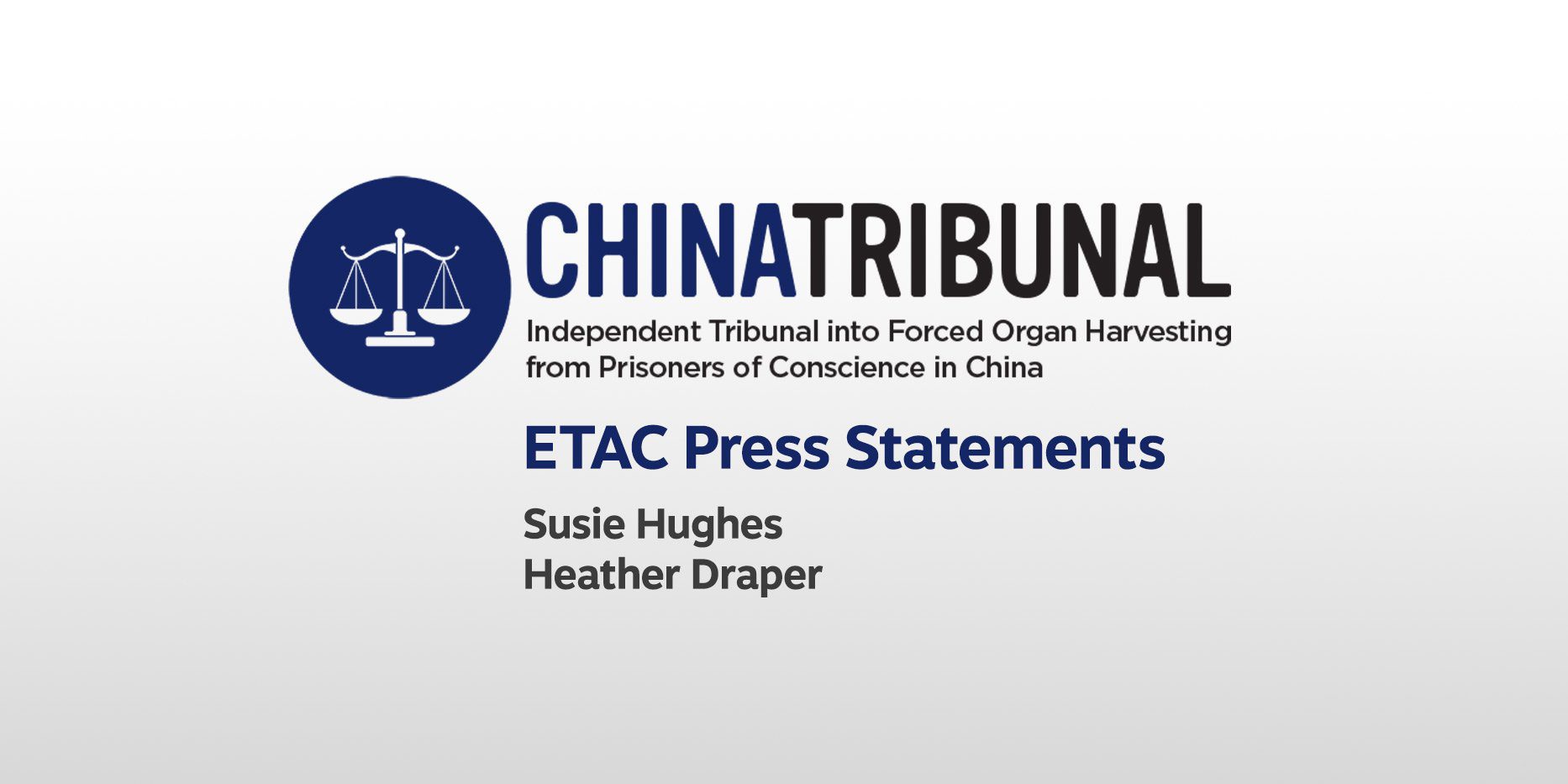 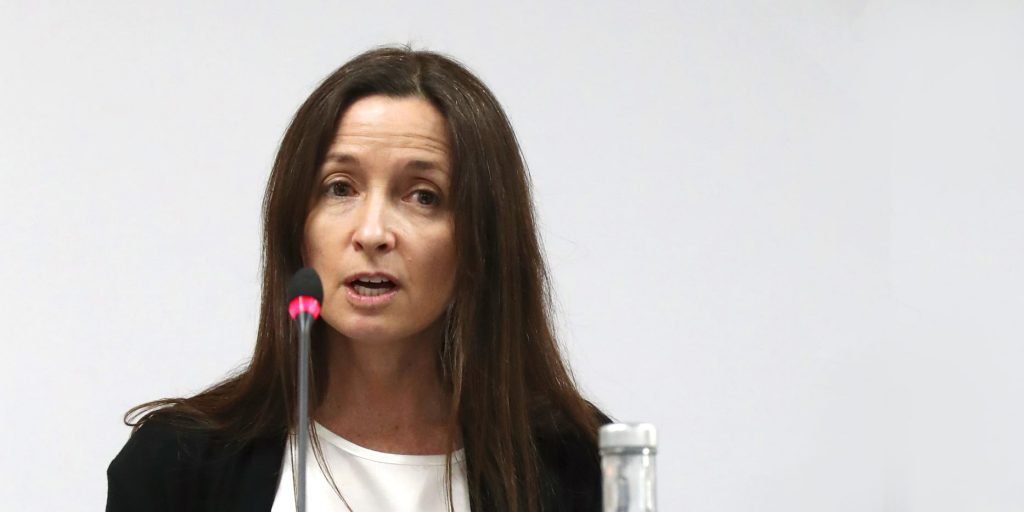 The China Tribunal has been initiated by the International Coalition to End Transplant Abuse in China (ETAC), an international not for profit organisation, with headquarters in Australia and National Committees in the UK, USA, Canada, New Zealand and Australia. ETAC is a coalition of lawyers, academics, ethicists, medical professionals, researchers and human rights advocates dedicated to ending forced organ harvesting in China.

ETAC felt compelled to establish the Tribunal given the many reports, some from very eminent bodies, that have dealt with forced organ har- vesting but that have not dealt specifically with whether China’s trans- plant practices have amounted to – or included – commission of international criminal offences.

Under the chairmanship of Sir Geoffrey Nice, the China Tribunal will en- gage in a rigorous examination of existing evidence of systematic, wide- spread forced organ harvesting from prisoners of conscience in the People’s Republic of China.

Specifically, the Tribunal’s mandate is to consider the evidence regarding forced organ harvesting from prisoners of conscience in China and determine whether international crimes have been, and continue to be, committed.

Prior to 2000, there were few transplants in China, with numbers gradually increasing following advances in immunotherapy. During this period, organs were sourced solely from capital offence prisoners during or fol- lowing judicial executions, although this was not officially admitted until 2006.

From 2000, there was a rapid increase in the number of transplants. The evidence demonstrating this will be presented throughout the course of the Tribunal hearings.

The source of the organs underpinning this high level of activity has never been explained in a credible way by the Chinese Government. Claims that organs came from prisoners found guilty in the criminal jus- tice system and sentenced to death do not add up.

Of great concern, the increase in transplant activity coincided with the repression of practitioners of the Buddha school Qigong practice of Falun Gong. During the 2000s, analysis of various sources of emerging evidence led to the conclusion that people who practised Falun Gong were being killed to provide the organs fuelling China’s transplant boom.

It is this evidence that the Tribunal will examine in order to determine whether international crimes have been, and continue to be, committed.

It is common for Chinese transplant professionals to parrot the Communist Party line saying that those who have been speaking out about the very real and abhorrent treatment of prisoners of conscience in China, or those who raise awareness of the investigations that have already taken place on forced organ harvesting, have a ‘political agenda’. This has resulted in a testimonial injustice that we believe has denied the prisoners of conscience who have escaped the persecution, their voice and al- lowed the crimes that we believe are happening to continue.

Whilst ETAC initiated the Tribunal, there is a necessary and scrupulous separation between ETAC and the Tribunal. For example, ETAC has worked on the logistics for setting up these hearings over the next three days but is not, and will not be, privy to the Tribunal’s internal deliberations and consideration of the evidence save to the extent those deliberations are revealed in the Tribunal’s final public decision. (Sir Geoffrey Nice will explain more regarding the Tribunal processes.)

During these hearings 30 witnesses, – fact witnesses, investigators and expert witnesses who have submitted evidence – will be questioned to assist the Tribunal to reach its conclusions in a transparent and evidence-based way. A comprehensive public record of all evidence relied on by the Tribunal will thus be created.

The findings of the Tribunal will be of interest to many including policy makers (medical, legal, academic and governmental), medical and non- medical transplant professionals and universities outside of China who may be collaborating with China or considering a collaboration in relation to organ transplantation.

ETAC also hopes to add impetus to these issues being considered at institutions including the United Nations and the International Criminal Court.

And finally, ETAC also aims to bring recognition, solace and hope to victims including the bereaved of those killed for their organs and members of the victimised and targeted groups; to signal that their suffering is not being ignored by the international community, that their demands for ac- countability are just, that in principle they deserve restorative justice, and that there is hope for an end to forced organ harvesting in China.

Claims that organs came from prisoners found guilty in the criminal justice system and sentenced to death do not add up including: 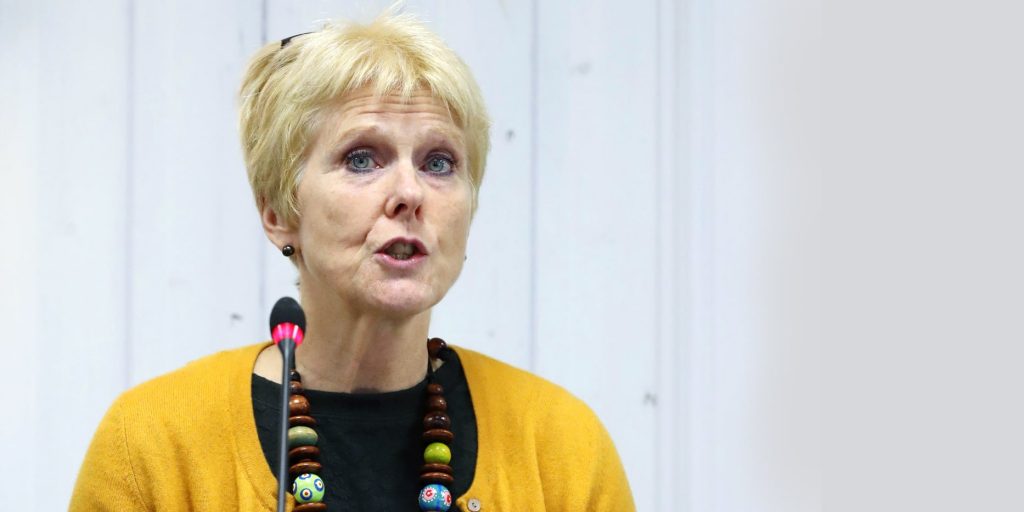 My name is Heather Draper. I am Professor of Bioethics at the University of Warwick here in the UK. One of my academic research interests is the ethics of transplantation and donation, and I have published widely in this area. I am also a member of the International Advisory Committee of International Coalition to End Transplant Abuse in China (ETAC).

I will now explain why I think that the findings of this Tribunal must be taken seriously by all those involved in transplantation: professionals, ethicists and potential recipients. I will start by explaining why ethics has played such a prominent role in transplantation before turning to forced organ harvesting in China.

In most cultures, there are rituals that surround the treatment of the bodies of the dead. These rituals may vary, but a deliberate departure from them may be a mark of disrespect and the cause of great distress to the bereaved. The mutilation or violation of human remains in contradiction to these norms – their desecration, in other words – has long been used as a form of punishment, or to signal complete and utter contempt for the person or persons now dead. Transplantation using deceased donors has trodden a delicate path through these rituals to avoid any of these negative connotations. The transplant community has been acutely aware of the need for its practices to include demonstrable respect for dead donors and those who mourn them. Gaining the consent of donors whilst alive, and/or securing the agreement of those closest to them after they have died, is a key indicator of this respect. As is the dead-donor rule. This rule stipulates that potential deceased donors must be dead before their organs are removed. It is this rule that bolsters trust that the process of organ retrieval will not be the cause of our deaths (or those of our loved ones) if we agree to organ donation. Strict adherence to the highest ethical standards of transplant practice has helped communities to accept deceased donation as a post-mortem practice that can honour rather than defile the dead.

In its preamble, the Declaration of Istanbul on Organ Trafficking and Transplant Tourism* reminds us that: ‘countless acts of generosity by organ donors and their families, have made transplantation not only a life-saving therapy but a shining symbol of human solidarity’.

Generosity is only possible where goods are given and not forcibly removed. Transplantation can only be a shining example of human solidarity where donors, or their families if they are already dead, decide for themselves whether and why to donate.

The acute shortage of organs for transplantation continues to put pressure on transplant services. But as the Declaration of Istanbul insists: [a] positive outcome for a recipient can never justify harm to a live donor. The greatest harm that can be done to a potential living donor is that they are killed for their organs. Doctors have a universally recognised obligation not to deliberately and intentionally harm their patients. Performing unnecessary surgery on a healthy person knowing it will inevitably result in their death is both murder and a contrary to medical ethics. It should attract criminal sanctions and professional condemnation. Transplant surgeons and potential recipients alike can become complicit, when they turn a blind eye to the origins of the resulting organs, thereby fuelling the market for them and putting more lives in peril.

Organ transplantation depends on a relationship between clinical professionals and the communities they serve that is grounded in their trustworthiness as professionals. This is not a relationship that can be taken for granted; ethical violations – even where these are only perpetrated by a minority – can rupture it. The detrimental impact on donation rates can last for years, resulting in the premature and unnecessary deaths of patients waiting for a transplant.

This Tribunal is charged dispassionately to decide whether any criminal offenses contrary to international law have been committed in China’s transplantation practices. It is an independent process, with Tribunal members recognised on the international stage to be of the highest integrity, and headed by Sir Geoffrey who has great human rights expertise. It is, therefore, an important process for all members of the international transplant community. Many have refused thus far to engage with the evidence of grossly unethical practice in China prepared by ETAC and others. Yet it is impossible for bioethicists, practitioners and recipients to defend organ transplantation as a practice while ignoring this evidence.

Declaration of Istanbul on Organ Trafficking and Transplant Tourism was developed under the leadership of the Transplant Society and the International Society of Nephrology in 2008.
“It established definitions of practices such as transplant tourism and organ trafficking, and principles to guide policy makers and health professionals working in organ donation and transplantation. Since 2008, more than 135 professional societies have formally endorsed the Declaration.” (https:// www.declarationofistanbul.org/ )