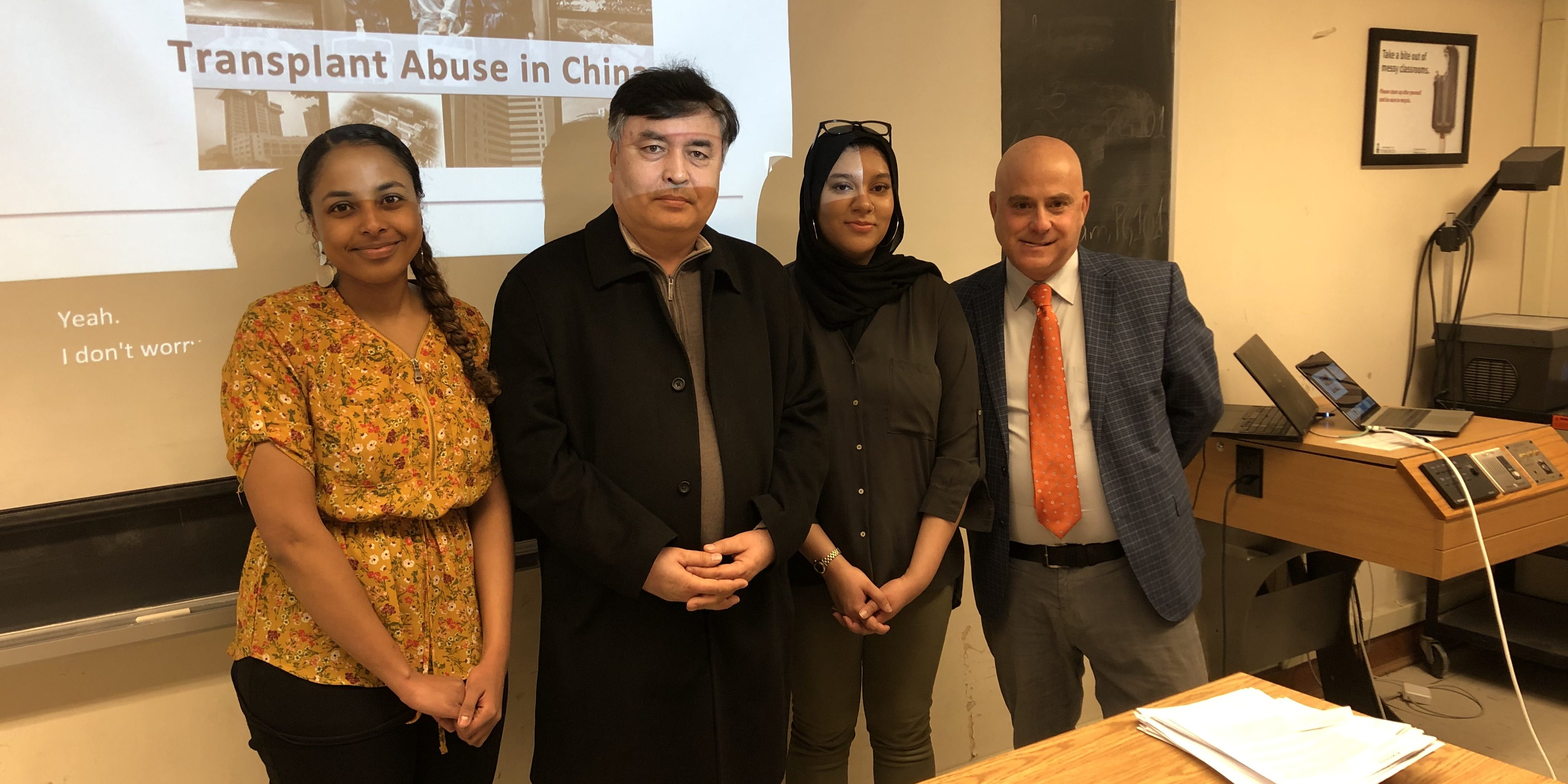 On March 10,2020 University of Toronto students hosted a well-attended event on the mass incarceration of targeted populations in China–notably Uyghurs and Falun Gong practitioners. The program also featured how these persecuted minorities are being blood and tissue typed and their organs harvested without consent.

A shortened version of the award winning movie “Hard to Believe” was viewed.

Presentations followed by Mehmet Tohti ,president of the Canadian Uyghurs Association and Norman Epstein, international chair of ETAC’s Student Action Committee.Both speakers provided background, context and irrefutable evidence of these egregious human rights violations which have been highlighted by the China Tribunal in London.

Epstein emphasized “that these crimes that fly under the public radar must soar into the public consciousness”. Only then will decent, human rights respecting countries unite to hold the Chinese government accountable.

A stimulating discussion ensued and a significant number of students from diverse backgrounds expressed interest in becoming dedicated activists and organizing on campus.