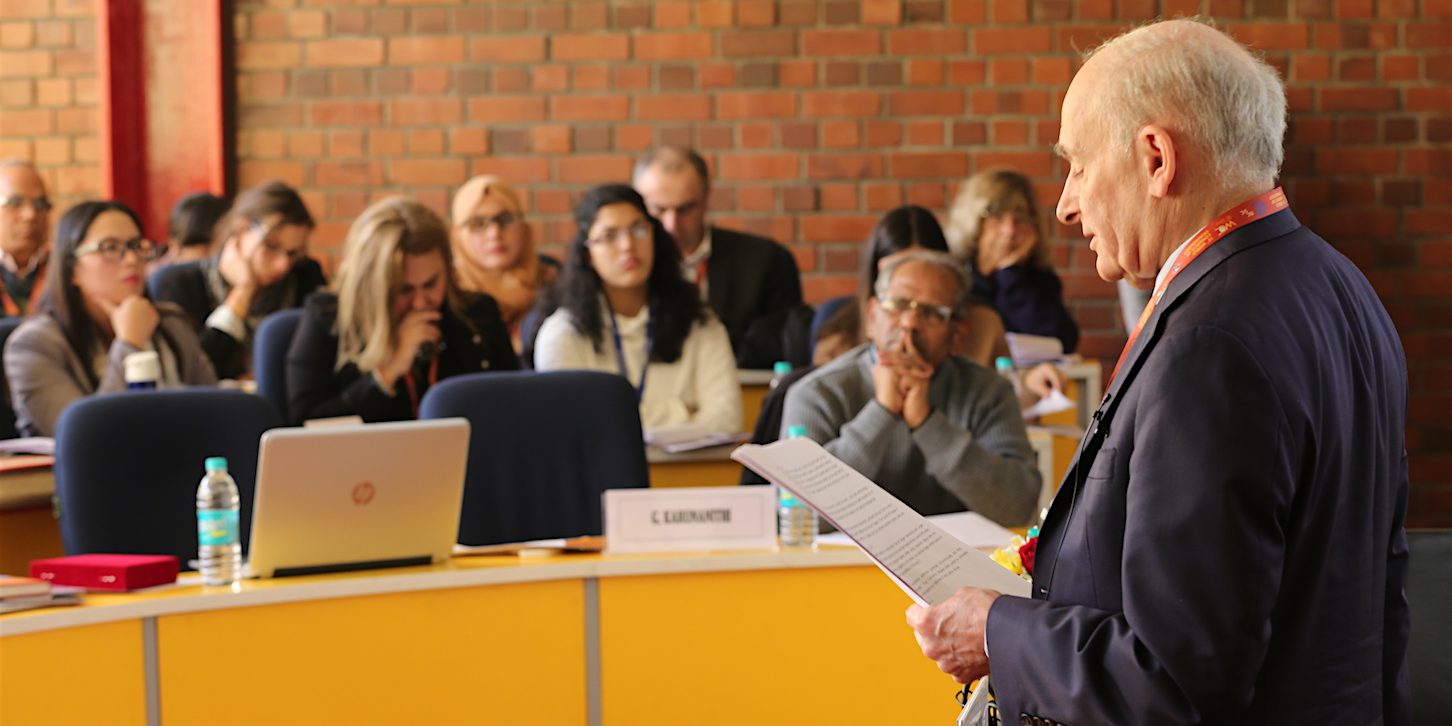 Lest you think this is just a theoretical worry, I point out that there is compelling evidence that this is happening with transplants tourists going into China, that prisoners of conscience have been and are being killed in the tens of thousands yearly for their organs to be used in transplantation. Most of the patients who receive these organs are local Chinese. But there are also many transplant tourist customers.

The victims are primarily practitioners of the spiritually based set of exercises Falun Gong, a Chinese form of yoga. But Uighurs, Tibetans and a particular component of evangelical Christians, Eastern Lightning, are also victims.

The perpetrators are not black market operatives, but rather the Communist Party and the state itself. The crimes happen in state prisons and hospitals, committed by employees of those institutions. Because China is not subject to the rule of law, because the Communist Party rules the courts, the judges, the police, the investigators, the prosecutors and even the defence bar, there is no legal remedy in China for any Party instigated crime, including this crime.

The evidence in support of this abuse is voluminous and long standing. If anyone wants to consider this evidence for him or herself, I draw your attention to these books, reports and documentary films:

A report former Canadian Government Minister and Parliamentarian David Kilgour and I did released in July 2006, second version released in January 2007, and a third version, in book form, we wrote in November 2009, all under the title Bloody Harvest: The Killing of Falun Gong for their Organs;

A book of essays on the subject, published August 2012 under the title State Organs: Transplant abuse in China, which I co-edited with Torsten Trey, founder of the NGO, Doctors against Forced Organ Harvesting (DAFOH). The authors, from around the world, were mostly members of this new organization;

A book by Ethan Gutmann, an American journalist based in England in August 2014 under the title The Slaughter;

A Yale undergraduate thesis by Hao Wang under the title “China’s Organ Transplant Industry and Falun Gong Organ Harvesting: An Economic Analysis”;
A submission to the US Congress by University of Minnesota medical ethicist Kirk Allison;

Continuing investigations and reports by the NGO World Organization to Investigate Persecution against the Falun Gong;

A 2014 documentary by Leon Lee, titled Human Harvest, which won a 2015 Peabody Award; and

A 2015 documentary by Ken Stone titled Hard to Believe.

Because of the context in which this talk is placed, I need to address first whether this form of human rights abuse is human trafficking and second whether it is a transnational crime. To be sure, if a person is complicit of the killing of an innocent in the person’s own country for the innocent’s organs, that would be a crime wherever the person is. But if a person is complicit in the killing of an innocent abroad for the innocent’s organs and there is no legal remedy in the territory of the state where the abuse occurs, is there a legal remedy anywhere else?

It might seem that being engaged in the purchase and sale abroad of organs harvested from an innocent killed for their organs is a form of human trafficking. Yet, regrettably, the United Nations Office of Drugs and Crime has taken a contrary position.

The United Nations Convention on Transnational Organized Crime (UNTOC) has a Protocol on Trafficking in Persons. The NGO Taiwan Association for International Care of Organ Transplants (TAICOT) in March 2014 asked to meet with Ilias Chatzis, Chief, Human Trafficking and Migrant Smuggling Section, Organized Crime and Illicit Trafficking Branch, United Nations Office on Drugs and Crime at its headquarters in Vienna
“to present to you latest updates from Asia about organ tourism in China and to discuss with you how best to prevent and stop unethical organ harvesting, a new form of cruel torture against humanity.”
The request added:
“For your reference, on December 12th, 2013, the European Parliament (EP) adopted an urgency resolution, calling on the Chinese government to end immediately the practice of harvesting organs from prisoners of conscience, including large numbers of Falun Gong practitioners.” 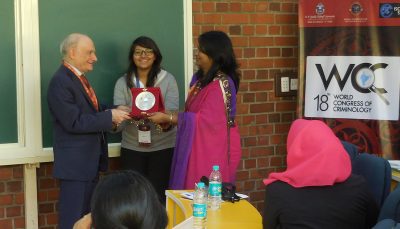 David Matas was presented a Memento – the University plaque at Jindal University.

“A meeting would … not be productive as my Section’s work does not include what you refer to as organ harvesting nor the other issues covered in your email. My Section covers the UNTOC Protocols on Trafficking in Human Beings and on Migrant Smuggling. I am sorry that I cannot be more helpful at this stage.”

Lest there be any uncertainty in this matter, I wrote to Yury Fedotov, Executive Director UN Office of Drugs and Crime Vienna, Austria, on July 30th, 2014 asking him to reject the views of Mr. Chatzis. On August 8th, 2014, on behalf of Mr. Fedotov, Mr. Tofik Murshudlu, Officer in Charge, Organized Crime and Illicit Trafficking Branch, Division for Treaty Affairs, United Nations Office on Drugs and Crime, in a verbose and evasive reply, failed to do so.

The Declaration of Istanbul on Organ Trafficking and Transplant Tourism defines transplant tourism to be travel for transplantation
“which involves organ trafficking and/or transplant commercialism or if the resources (organs, professionals and transplant centers) devoted to providing transplants to patients from outside a country undermine the country’s ability to provide transplant services for its own population.”

China is a party to the Trafficking in Persons Protocol to the Transnational Organized Crime Convention. The Government of China would likely contest any interpretation of the UN Protocol which brings under the jurisdiction of the UN Office on Drugs and Crime the transplant misbehaviour of the Chinese Government.

Given the geopolitical weight of China and a desire not to annoy its Government, the UN Office of Drugs and Crime may be making every effort to avoid a confrontation with the Government of China by avoiding the issue. The responses of Mr. Chatzis and Mr. Fedotov may have been influenced by the Government of China either directly or through fears of what that Government might have thought. Regardless, their sort of behaviour is not a good sign.

I contest the interpretation of the Protocol Mr. Chatzis has given. But I also acknowledge that China uses its political weight at all United Nations institutions to seek impunity for its human rights violations. My interpretation of UN treaties is not going to change that.

Another, perhaps more promising, international instrument, precisely because China is not a state party, is the Convention against Trafficking in Human Organs. The Council of Europe in March 2015 approved the Convention. To date, there are sixteen signatory states, and one ratifying state.

Whether the Convention should have created an international offence which required that residents and visitors be prosecutable for violation of Convention standards caused division within the Council at the drafting stage, with 18 states supporting and 20 opposed. The Convention does not obligate states parties to create an international offence applying to residents and visitors. But there is nothing preventing states, should they wish to do so, from legislating such an offence.

The Convention is explicit about legislating beyond its terms. It states: “Without prejudice to the general rules of international law, this Convention does not exclude any criminal jurisdiction exercised by a Party in accordance with its internal law.” Given the division at the time of drafting about whether to require states parties to make the offences international for residents and visitors and the failure to agree on this matter by a narrow margin, this “without prejudice” clause can be read as a go ahead to states who want on their own to legislate the treaty offences to have international reach for residents and visitors. The clause amounts to saying that, while we do not require states parties to legislate the offences to have extra-territorial effect for residents and visitors, they are certainly free to do so, should they wish.

So far, there is extra-territorial legislation in three states, limited to nationals, in Israel, Taiwan and Spain. All states should sign, ratify and implement the Council of Europe Convention on Organ Trafficking. Those states which are neither members or observers of the Council of Europe should elicit an invitation from the Council to sign the Convention. All states should go beyond the obligations of this Convention and assert universal jurisdiction over perpetrator residents and visitors, as well as perpetrator nationals.

Getting China to admit to, let alone act against, the organ transplant abuse rampant in that country will be difficult. However, there is no reason why other states should be complicit in that abuse. Outsiders may not be able to change China; but they can surely control what they themselves do.

One clear and simple way of avoiding complicity is criminal legislation penalizing brokerage, advertising, solicitation, and referrals – any form of money making from the killing of innocents in China for their organs. It is well past time that this sort of effort to avoid complicity be made.