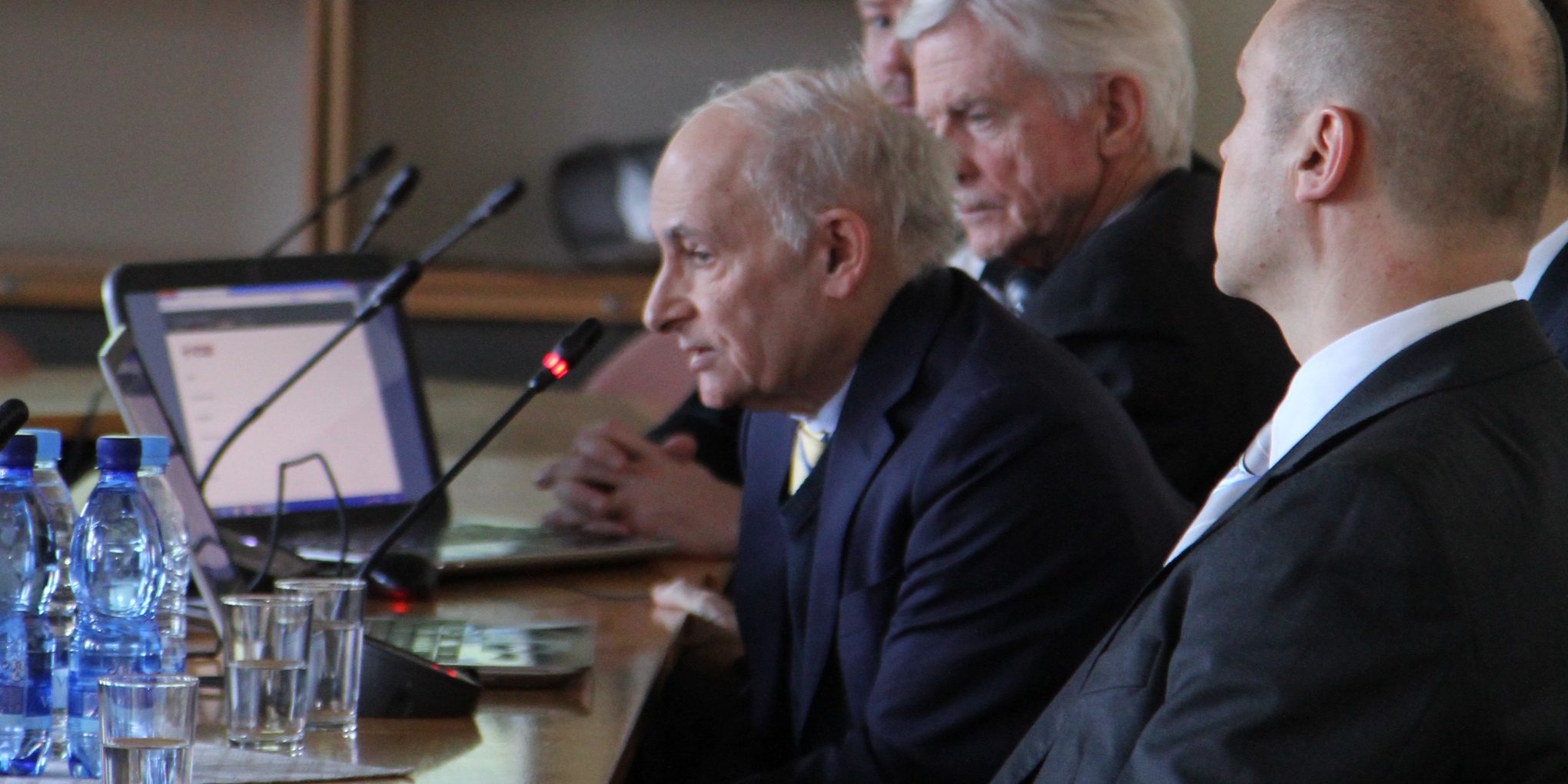 There are two requests I would make of the Parliament of Latvia. One is implementation of the European Union Parliament resolution on organ harvesting in China endorsed in December 2013. One component of that resolution, and I quote, “Calls for the EU and its Member States to raise the issue of organ harvesting in China; recommends that the Union and its Member States publicly condemn organ transplant abuses in China and raise awareness of this issue among their citizens travelling to China;”

They are supposed, to repeat,

1) to raise the issue of organ harvesting in China;
2) to condemn publicly organ transplant abuse in China; and
3) to raise awareness of this issue among their citizens travelling to China.

It would be improper and a violation of the intent of the European Union Parliament resolution for any Member state to leave concern about organ abuse in China to the European Union China bilateral human rights dialogue. The concern should be raised individually as well as collectively, in state capitals with Chinese embassies, in Beijing with embassies there and to visiting Chinese delegations.

The resolution calls for public condemnations. It is not enough to raise the concerns about organ transplant abuse privately, behind closed doors. It is all too easy for the Government of China to ignore private pleas. Public condemnations impose a cost to China for this abuse, the least cost they should bear. Public condemnations should be visible as possible, at the highest level, and should continue as long as the abuse continues.

“Physicians … as members of the medical community, … have a duty to prevent harm to other individuals [besides their patients]. Patients [with end organ failure] should be educated about the harms that may come to those who provide organs through transplant tourism. .. organs have allegedly been taken by force, and individuals may even been killed to obtain their organs.”

Member states of the European Union should be encouraging transplant professionals in each of their countries to develop a similar policy.

The second request I would make is legislation preventing complicity in Chinese transplant abuse through implementation of the Council of Europe Convention against Trafficking in Human Organs. The Council of Europe in March 2015 approved the Convention. To date, there are seventeen signatory states, and one ratifying state, Albania.

The Convention is explicit about this option. It states: “Without prejudice to the general rules of international law, this Convention does not exclude any criminal jurisdiction exercised by a Party in accordance with its internal law.” Given the division at the time of drafting about whether to require states parties to make the offences international and the failure to agree on this matter by a narrow margin, this “without prejudice” clause can be read as a go ahead to states who want on their own to legislate the treaty offences to have international reach. The clause amounts to saying that, while we do not require states parties to legislate the offences to have extra-territorial effect for residents and visitors, they are certainly free to do so, should they wish.

The United Nations Convention on Transnational Organized Crime (UNTOC) has a Protocol on Trafficking in Persons. The United Nations Office on Drugs and Crime has taken the position that this protocol does not encompass transplant tourism.

“to present to you latest updates from Asia about organ tourism in China and to discuss with you how best to prevent and stop unethical organ harvesting, a new form of cruel torture against humanity.”

“For your reference, on December 12th, 2013, the European Parliament (EP) adopted an urgency resolution, calling on the Chinese government to end immediately the practice of harvesting organs from prisoners of conscience, including large numbers of Falun Gong practitioners.”

“A meeting would … not be productive as my Section’s work does not include what you refer to as organ harvesting nor the other issues covered in your e‑mail. My Section covers the UNTOC Protocols on Trafficking in Human Beings and on Migrant Smuggling. I am sorry that I cannot be more helpful at this stage.”

Lest there be any uncertainty in this matter, I wrote to Yury Fedotov, Executive Director UN Office of Drugs and Crime Vienna, Austria, on July 30th, 2014 asking him to reject the views of Mr. Chatzis. On August 8th, 2014, on behalf of Mr. Fedotov, Mr. Tofik Murshudlu, Officer in Charge, Organized Crime and Illicit Trafficking Branch, Division for Treaty Affairs, United Nations Office on Drugs and Crime in a verbose and evasive reply failed to do so.

The Declaration of Istanbul on Organ Trafficking and Transplant Tourism defines transplant tourism to be travel for transplantation:
“which involves organ trafficking and/or transplant commercialism or if the resources (organs, professionals and transplant centers) devoted to providing transplants to patients from outside a country undermine the country’s ability to provide transplant services for its own population.”

China is a party to the Trafficking in Persons Protocol to the Transnational Organized Crime Convention. The Government of China would likely contest any interpretation of the UN Protocol which brings under the jurisdiction of the UN Office on Drugs and Crime the transplant misbehaviour of the Chinese Government.

Given the geopolitical weight of China and a desire not to annoy its Government, the UN Office of Drugs and Crime may be making every effort to avoid a confrontation with the Government of China by avoiding the issue. The responses of Mr. Chatzis and Mr. Fedotov may have been influenced by the Government of China either directly or through fears of what that Government might have thought. Regardless, their sort of behaviour is not a good sign.

I contest the interpretation of the Protocol Mr. Chatzis has given. But I also acknowledge that China uses its political weight at all United Nations institutions to seek impunity for its human rights violations. My interpretation of UN treaties is not going to change that.

The Council of Europe Convention sets out international standards and mechanisms to combat transplant tourism not available through the United Nations system. Latvia and all other states should take advantage of the opportunity the Convention provides.