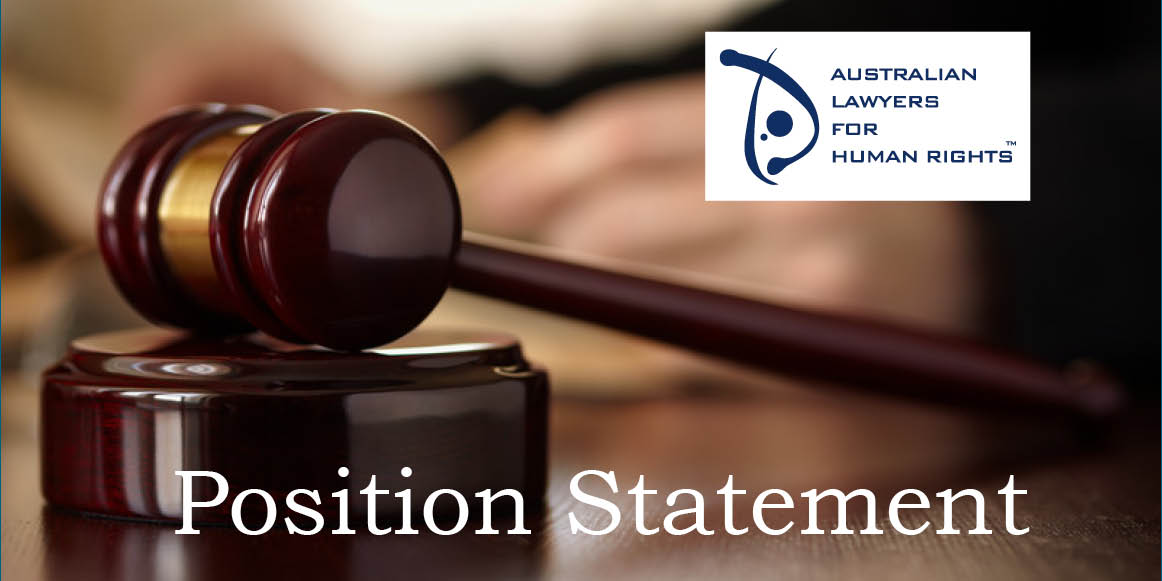 1.Australian Lawyers for Human Rights (ALHR) condemns the serious human rights violations from all forms of human trafficking in organs, including the systematic, forced and state-sanctioned organ trafficking from non-consenting persons, especially prisoners and prisoners of conscience.

2.ALHR strongly supports the need for domestic law reform and international measures to protect the human rights of the many thousands of people annually who are victims of illegal human tissue and organ trafficking and transplant tourism.

3.In order to prevent human rights violations and protect all Australians from engaging in illegal conduct overseas, ALHR calls on the Australian Government to:

a. Amend the Commonwealth Criminal Code so that organ trafficking offences have extraterritorial application;

b. Accede to the Council of Europe Convention against Trafficking in Human Organs;

c. Ratify the Optional Protocol to the Convention Against Torture and Other Cruel, Inhuman or Degrading Treatment or Punishment; and

d. Increase Australia’s rate of organ and human tissue donation locally to prevent the need to travel overseas for an organ.

5. ALHR supports legislative reform in Australia to eradicate such heinous crimes, and to afford human rights protection for the many thousands who are persecuted and subjected to torture and extra-judicial killings for their organs. This form of persecution invariably amounts to crimes against humanity, and Australia must do all it can to bring such crimes to an end.

ALHR was established in 1993 and is a national network of over 800 Australian solicitors, barristers, academics, judicial officers and law students who practise and promote international human rights law in Australia. ALHR has active and engaged National, State and Territory committees as well as specialist national thematic committees.

Through the provision of training, education, publications, CLE courses, conferences, seminars and mentoring, ALHR assists members to continue to develop their knowledge of human rights law and incorporate human rights principles into their areas of legal practice in Australia.