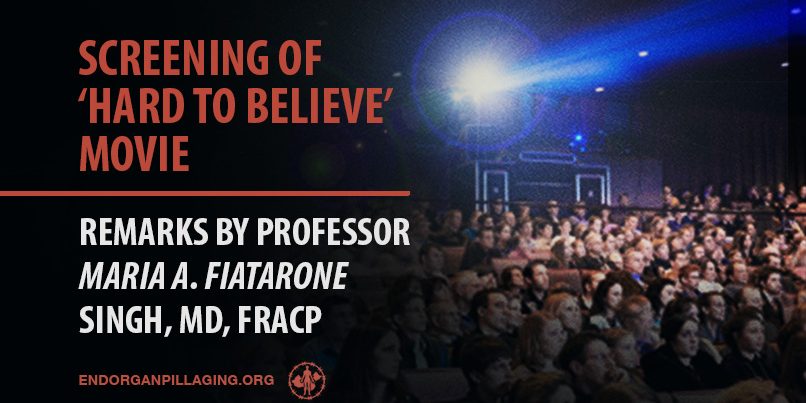 Today I woke up to the news that a former seminarian from Australia urged Tory ministers in London to ignore their consciences and the “wholesome instinct” to love thy neighbour. “Implicitly or explicitly, the imperative to “love your neighbour as you love yourself” is at the heart of every Western policy. …It’s what makes us decent and humane countries as well as prosperous ones, but – right now – this wholesome instinct is leading much of Europe into catastrophic error.”

“It will require some force,” he warned.

“It will gnaw at our consciences, yet it is the only way to prevent a tide of humanity surging through Europe and quite possibly changing it forever. Perhaps he left the seminary prematurely was my first thought. Well, I would agree that an altruistic desire to help our neighbors indeed lies at the heart of our humanity. The problem, perhaps, is a troublesome trend in some arenas to narrow the definition of ‘neighbor’ to those who share our values, our culture, our political beliefs, our skin tone. This is not actually what “Love they neighbour as thyself” was meant to imply.

What does this have to do with organ harvesting of voiceless victims in a foreign land? Imagine
that your child has developed terminal liver failure from hepatitis c, and you heard that a
prominent surgeon, the head of Transplantation Medicine at Royal Prince Alfred Hospital, would
be able to facilitate an organ transplant and move your child up to the head of the queue of
similarly desperate patients. You make an appointment and find out that amazingly this can be
arranged for next week. A young male prisoner who has been convicted of a capital crime in
Queensland will be executed and his liver harvested and flown to Sydney to save the life of your
child. You are asked if you wish your child to receive this liver. What do you say?

Now most of you are reacting in horror, and thinking that you would of course never agree to
such a thing, that execution is forbidden in Australia, a civilized country, and it could never be
justified to kill one person to save another. You report the prominent surgeon who has
proposed such an outrageous solution to the RPA Ethics Committee and the Chief of Surgery
and ask that he be stripped of his position immediately for violating the Hippocratic Oath, along
with the principles governing medical and surgical practice in Australia.

Yet, what is your reaction when you hear, as you have heard and seen tonight, that this has
been happening for decades in China? Are the executed young men your neighbors? What if I
told you that the orchestrator of this vast transplant system in China, Huang Jiefu, is a
hepatobiliary transplant surgeon who was trained at USYD, and is in fact currently an Honorary
Professor at the University of Sydney? What if I told you that 5 times in the past 2 years- I,
along with a prominent list of international ethicists, physicians, and human rights lawyers and
Nobel Prize nominees, have written to the Vice-Chancellor and the Dean of Medicine at the
University of Sydney, asking that his honorary professorship be removed, given his
unapologetic violation of the ethical principles of his profession and the University- and what if I
told you that I have yet to receive a response to these letters?

Today, as an Australian citizen, you are free to travel to China, organize for someone to be
killed to order so that you can have his or her organs for yourself or a loved one, have that
organ inserted into your body, and then pass through immigration without the dreaded Border
Force militia so much as asking to see your surgical wound, much less your stolen organ. God
forbid you have brought an apple from the plane with you, however, and attempted to smuggle it
through customs.

How can this situation exist?

If you live in this country, and organize a hit man to kill someone for you because you wanted
his or her bank account, his or her spouse, or his or her business for yourself- you would be
jailed for life. You would be guilty of conspiracy to commit murder, and rightfully so. Yet is not
the patient who travels to China and profits from the murder of a Chinese prisoner or religious
practitioner guilty of the same conspiracy, the same crime?

There are only 3 countries that have made such an act of transplant tourism a crime or not
reimbursible by medical insurance- Israel, Spain, and Taiwan. Australia has no such law
against this human rights violation. I believe that we should.

Some would suggest that Chinese health officials have promised to reform, and therefore they
should be welcomed into the medical community. I believe this is premature and unwarranted.
There is no evidence that supports the Chinese medical authorities’ claim that all harvesting of
prisoners stopped on January 1, 2015. Within the military hospitals, the hiring of dedicated
surgical teams to harvest organs has accelerated markedly in the last five years. And a Western
doctor was recently assured by a Chinese military hospital surgeon that prisoners are still being
slaughtered for organs.

As Ethan has said: ‘We cannot prevent the CCP from continuing this crime against humanity,
but we can at least limit the moral decay of whatever society we live in.’ If we recoil in horror
from the thought of harvesting happening in our own land, in Royal Prince Alfred Hospital, than
how can we stand silently in the face of admissions from the perpetrators themselves that it has
happened, and continues to happen today? There is complicity in our silence.

Jan Hus, a Medieval priest martyred 600 years ago, was one of the great figures in the modern
evolution of thought regarding human rights – that belief in the universal moral equality of human
beings, and man’s natural and inalienable right to freedom and happiness. Unlike some others,
he did manage to make it all the way through his studies in the seminary. He said:
‘Seek the truth, hear the truth, learn the truth, love the truth, speak the truth, hold the truth and
defend the truth until death.’ He was burned to death for speaking truth to power. There is little
chance that such a fate could befall us, yet the silence is at times deafening.

What can we do?

I have a few practical suggestions.

1. Most importantly: Pass a law that makes it a crime for Australian citizens to travel
to countries where organ harvesting occurs, or act as a broker for such organ
trafficking, as there is no way to ensure that organs so obtained were ethically
procured, without execution of the donor, coercion, or offering financial incentives
to vulnerable peoples. This is something we can do right now, as it involves only
our sovereign will to declare that we will not be part of this immoral trade, and will
punish those who engage in it on all levels. It is illegal to do this in Australia. We
simply need to make it illegal for our citizens to do it in other countries,
particularly China.

2. Ask the Vice-Chancellor of USYD, Michael Spence why the head of the Chinese
transplant system is still an honorary professor at USYD, given his violation of
the ethical principles required of such honorary appointees.

3. Ask the President of The Transplantation Society, Phillip O’Connell, also a
professor at USYD, to remove the membership and the Presidential Medal from
HJ, given that TTS members must uphold the principles of the UN and the WHO
regarding organ harvesting, and HJ has clearly said as recently as January 2015
that he believes that prisoners who are about to be executed have the right and
the ability to freely consent to the harvesting of their organs.

Huang Jiefu’s interview with Phoenix Satellite Television on 11 January 2015:
“I’m not saying I oppose donation from death-row prisoners. If the death-row
prisoners are truly moved by their conscience, then it’s not impossible. But it
must go through the citizen organ donation system, through the Red Cross,
through the online computer system for a fair and equitable distribution. That’s
transparent.”

The slippery slope has indeed been reached when organs from prisoners and
prisoners of conscience, executed for their body parts, are mixed, as HJ says,
‘fairly, equitably’, indistinguishably, with organs donated by true volunteers. This
is anything but transparent. It is in fact the complete eradication of transparency,
as there is no longer any way to separate the ethical from the unethical
transplants.

It may seem like these are inconsequential matters in the grand scheme of
things, but such refusal to confront past crimes (if they are indeed past) makes
us complicit in the cover up of those crimes, and is exactly the response from the
West the CCP needs and wants to deny culpability and attempt to whitewash
history. It is our responsibility to not let history be erased for the families of those
who have been sacrificed. These are our neighbors. It is our duty to love them
as ourselves.

Tony Abbott said this morning: ‘Too much mercy for some necessarily
undermines justice for all’.

I think he got that backwards.

I would say:
Too little mercy for some necessarily undermines justice for all.
We are all called to have mercy, especially for our most vulnerable neighbors,
especially for those persecuted for simply asking to be allowed to practice their
faith.

Justice will be our reward.