ETAC is becoming well known for its efforts to raise awareness of and bring an end to the illegal harvesting and trafficking of human organs. To succeed in this venture, it is critical that ETAC engage effectively with the international transplant community. We are therefore delighted to announce that transplant surgeons Prof David McGiffin and Prof Russell Strong have joined ETAC’s International Advisory Committee. Their presence will facilitate interactions with the transplant community and help to ensure that ETAC maintains the highest possible standards in interrogating medical evidence about the forced harvesting and subsequent sale and transplant of trafficked organs. 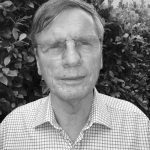 Professor David McGiffin is a cardiothoracic surgeon who has been involved in heart and lung transplant surgery since the very early days of the technology in the mid-late 20th century. His academic and surgical career spans senior positions in the U.S and Australia. Currently he is Head of Cardiothoracic Surgery at The Alfred Hospital and Professor of Cardiothoracic Surgery, Monash University, Melbourne. His academic research focuses machine perfusion of donor hearts for transplanation and prevention of ventricular assist device infection. 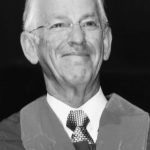 Both professors have, for many years, been outspoken against the illegal harvesting of organs from executed prisoners and prisoners of conscience in China. Their expertise will provide an invaluable boost to ETAC’s efforts to reach out to the international transplant community as we seek their cooperation in ending this ongoing human rights atrocity.
We thank these two new committee members for their willingness to join ETAC’s efforts to end forced organ harvesting, and for the professional leadership that they have already shown on this matter.