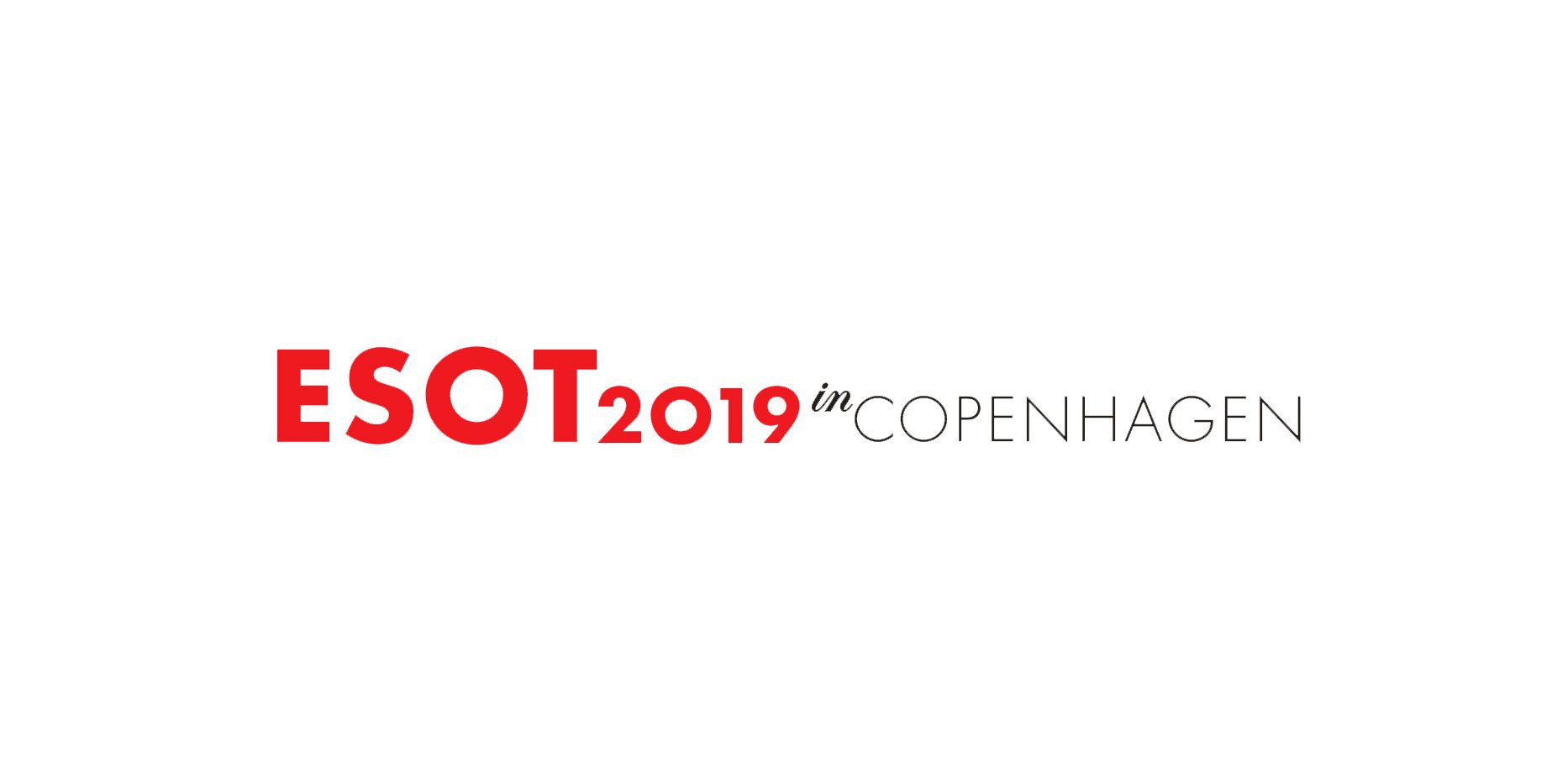 Should the law require reporting by health professionals to health administrators of transplant tourism? What form of reporting is viable?

This is a particularly relevant question for Europe right now. There is a Council of Europe treaty, a Convention on Trafficking on Human Organs, open for signature since 2015, which commits states parties to criminalize complicity in cross border transplant abuse. The treaty has right now nine ratifying states – Albania, Croatia, the Czech Republic, Latvia, Malta, Montenegro, Norway, Portugal, and Moldova – and fifteen more states which have signed, indicating an intention to ratify.[1]

I suggest that it is no coincidence that six of the nine ratifying states are former Iron Curtain countries. They are a lot more familiar than other countries with what lies behind a Communist smokescreen, a point I will elaborate in a minute.

The Convention requires five ratifying states for entry into force; it is accordingly already in force, binding the ratifying the states at international law. Denmark, parenthetically, where we are now, has neither ratified nor signed. I met with an official of the Foreign Ministry of the Government of Denmark earlier today to press for signature and ratification.

In addition, Italy, Spain, Israel and Taiwan, though not ratifying states, have enacted relevant legislation. As well, in several states, including Canada, Australia, the US and Belgium, extra-territorial legislation has been proposed by individual Congressional or Parliamentary members, without yet being adopted.

How can these laws be enforced without compulsory reporting? Unless the law requires reporting, doctor patient confidentiality may mean that the abuse will be hidden.

In Canada proposed legislation passed the Senate with a provision imposing a reporting obligation. The provision required that any medical practitioner

“who treats a person in relation to an organ transplant must, as soon as reasonably practicable, report to the authority designated by order of the Governor in Council for that purpose the name of that person, if known, and the fact that the person has received an organ transplant.” [2]

The House of Commons, in adopting the Bill this year (2019), amended it to remove the reporting obligation, partly on the basis that enacting a reporting obligation fell within provincial jurisdiction. The Bill has gone back to the Senate for adoption in the same form as adopted by the House of Commons. There has been some interest expressed in the Province of Alberta to enact compulsory reporting for that province.

A 2010 private member’s bill in the National Assembly by Valerie Boyer in France proposed a reporting obligation.[3] The bill stated:

Australian proposed legislation in 2015 in the state of New South wales included within it a reporting obligation.[4] The proposal stated:

“(1) A registered health practitioner has a duty to provide a report to the Secretary [of the Ministry of Healthy] if he or she has a reasonable belief that a patient or other person has been transplanted with or received tissue that was removed from the body of another person (whether living or deceased):

(a) under a commercial transplant arrangement, or

(b) without the appropriate consent to the removal or to its use in that patient or other person.

(a) be provided as soon as practicable and in the manner required by the regulations, and

(b) include the name, or a description, of the patient or other person, and the grounds for the registered health practitioner forming that reasonable belief. …

If a registered health practitioner makes a report in good faith to the Secretary …:

(b) no liability for defamation is incurred because of the report, and

(c) the making of the report does not constitute a ground for any civil proceedings, including proceedings for malicious prosecution or for conspiracy or for breach of any duty of confidentiality, and

(d) the registered health practitioner is not subject to any criminal liability in relation to the making of the report.”

The Israeli Organ Transplant Act provides that Transplant Coordinators, the Inspecting Physician and the Quality Control Board, all appointed under authority of the Act, may examine medical records maintained by any approved medical center relating to organ removal and transplant, including material on the medical condition of an organ recipient, and also obtain any other pertinent information they require.[5]

The Taiwan Legislature on November 22, 2012 resolved that the Department of Health must require major medical institutions and physicians to record the country of transplant and hospital information (including surgeons) of any patient who received an organ transplant in a foreign country. The recording must be done when the patients apply for postoperative health insurance payment after returning home.[6] This is a requirement that patients report to doctors and hospitals, not that doctors and hospitals report to health administrators.

My interest in this particular topic comes about through my research into organ transplant abuse in China. I and others have been able to calculate, by collating data streams from individual Chinese hospitals, that there are about 100,000 transplants a year in China. For a variety of reasons, which I invite those who are interested to read about in the research that I and other have published, we have concluded that the primary source of organs for transplants is prisoners of conscience killed through organ extraction. We have further concluded that the primary prisoner of conscience victims have been, since 2000, practitioners of the spiritually based set of exercises Falun Gong, and more recently also Xianjing Uyghurs. [7]

I am frequently asked about the volume of transplant tourism into China, not just globally, but country by country. The Chinese officials themselves used to say that about 20% of their transplant patients were foreigners. However, as the horror over Chinese abuses spread, the Chinese Government and Communist Party became increasingly secretive and dissimulating. Now their official position is zero tolerance for foreign transplant tourism into China. [8]

There remains still some information available about transplant tourism into China, but it is mostly anecdotal, because there is no collection of publicly available statistical information about this phenomenon, not, to my knowledge, anywhere. Moreover, this information in principle should not be difficult to get.

It is perhaps unreasonable to expect doctors to talk about what they know from their patients because of the obligation of doctor patient confidentiality. That is why mandatory reporting is necessary.

Transplant patients do not have the option of avoiding medical care. They need anti‑rejection drugs indefinitely after transplants. So, the disincentive to seeking medical care created by compulsory reporting would have to be small to non‑existent.

Every country should have a law which requires reporting to a designated authority. The designated authority need not, under the law, report the person identified to the prosecution. Even having overall statistical measures of the amount of transplant tourism would be an improvement over where we are now.

There is a debate about whether patients should be prosecuted. Whether or not patients are, the brokers and others either facilitating or participating in the abusive transplants certainly should be. Patients are typically given a run around, told a phony story about which they do not ask too many questions. While they are arguably guilty of willful blindness, they are living in circumstances which blur their judgment.

Israeli law dealt with this issue by imposing a legal obligation on patients not to participate in organ transplant abuse, but providing no punishment for patients should they break the law. There is no need to replicate the Israeli law. Patient immunity need not be written into the law. The matter could be handled by prosecutorial discretion.

In these cases, the value of defence against gun and knife violence and the value of protection of children from abuse or neglect have prevailed over the value of health professional patient confidentiality. It should be the same for organ transplant abuse.

There is some worry in these areas that mandatory reporting may have adverse health effects. However, the decision has been, on balance, that we are better off with mandatory reporting than without it. The overall interest society has in preventing gun battles and child abuse predominates. One can say the same about organ transplant abuse.

However, even to those who have a different opinion, I would say that, at least, we should be able to gather aggregate data of transplant tourism. Without aggregate data, we have no clear idea of the scope of the problem we are facing.

Transplant abuse occurs under cover in darkness. Perpetrators give out as little information as possible. Participants in the abuse are typically willfully blind. Shining a light on the abuse is an important aid to ending it.

“I actually think mandatory reporting would work in terms of getting at the numbers. It is something that is required. I am concerned that mandatory reporting in the context of criminal legislation will get a bit dicier, and you will face more resistance from the physician groups.

However, mandatory reporting is critical as a first phase to get at the scope of the problem. The Act, in and of itself, mandates and puts in place a series of steps which requires that education piece to happen, so we have to obtain that information. There are mechanisms in existing registries, for example, to actually implement mandatory reporting, at least on a broad scale, to say whether a transplant occurred outside of the country. Even that can be robustly captured. I do actually agree. I think that would be important.” [9]

Medical societies and hospitals, even health ministries, could adopt policies that reporting of transplant tourism is not an actionable breach of doctor patient confidentiality. Yet such an approach is not likely to lead to reporting every case of transplant tourism. Without mandatory reporting, the black market in organs will continue to be pitch dark.