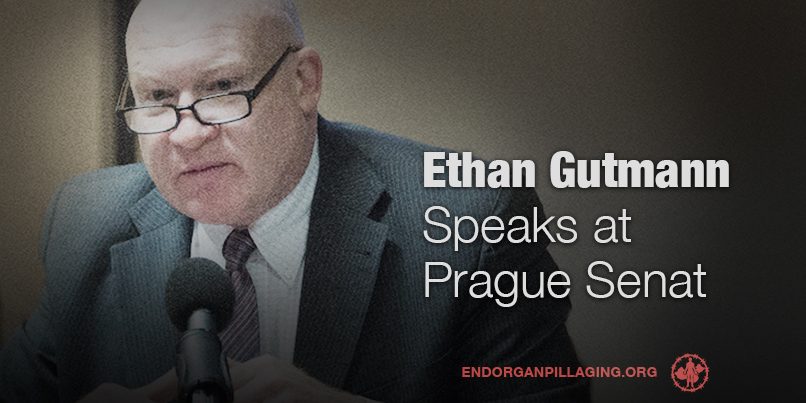 Beginning in 2006, I began conducting extensive interviews with Chinese medical professionals, law enforcement personnel, and over 50 refugees from labor camps to piece together the following timeline of how mass harvesting of prisoners of conscience evolved in China.

In 1994, the first organ harvesting operations performed on prisoners while they were still alive were carried out on the execution grounds of Xinjiang.

In 1997, the first prisoners of conscience, Uyghurs, were harvested on a small scale on behalf of aging Party cadres.

In 1999, Chinese State Security launched its largest action of scale since the Cultural Revolution, the eradication of Falun Gong.

By 2003, Tibetans were being targeted as well.

I can’t supply a death-count for Christians, Uyghurs and Tibetans. But I can calculate that 65,000 Falun Gong were murdered for their organs from 2000 to 2008. The majority were middle-aged women. What I cannot calculate is the effect on these women’s families. But we can guess. And if we care about those families, this hearing follows a particularly ominous year.

Last Winter saw the fatal collapse of two years of Western medical engagement with Chinese medical authorities. Spring brought evidence that mass harvesting of Falun Gong was accelerating. Fall brought reports that the Chinese police are taking DNA swabs and blood tests consistent with tissue-matching–not from Falun Gong in prison, but in their homes. My book was published last August, yet the history is still being written. And the West has done little to change the trajectory of that history. The first reports that ISIS is harvesting living human beings surfaced last week. Indeed, when evil is not met with resistance, it will surely spread.

So I am grateful to be in Prague, in a country which values truth, a country that is willing to do what others deem to be “impossible.” And my policy recommendation is simple enough. Criminalize organ tourism. If a Czech citizen goes to China and comes back with a new organ they should be incarcerated. And until the Chinese authorities provide a full accounting of this crime against humanity, that is precisely the model that I ask the Czech Republic to follow.