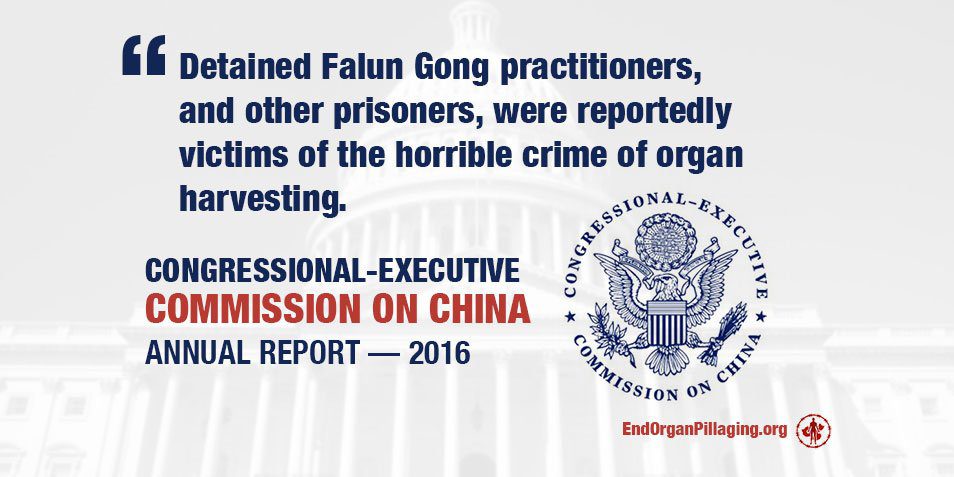 Huang Jiefu, a senior Chinese health official, announced in late 2014 that harvesting organs from executed prisoners would completely cease on January 1, 2015, but he later characterized death row prisoners as citizens who were eligible to give consent to organ donation. In November 2015, Huang again affirmed the ban on harvesting organs from executed prisoners but when asked, did not deny that the practice continued. In June 2016, the U.S. House of Representatives passed a resolution expressing concerns about organ harvesting in China and noting that Huang’s 2014 announcement did not directly address organ harvesting from ‘‘prisoners of conscience.’’ Ahead of an August 2016 global conference on transplantation, its organizer, the Transplantation Society, rejected 10 out of 28 clinical papers submitted from China for presentation at the conference because of concerns over the sources of the transplanted organs discussed in these papers. According to Chinese doctors interviewed by the New York Times, the Communist Party called for Party members to donate organs and bring media attention to organ donation, which reportedly resulted in an increase in donations. China Daily, a state Criminal Justice run media outlet, reported a 60-fold increase in voluntary organ donations between 2010 and according to a state-funded news outlet, as of July 2016, the number of patients waiting for organ transplantation (approximately 300,000) remained significantly higher than those who actually received it (approximately 10,000).

109 U.S. House of Representatives, Expressing Concern Regarding Persistent and Credible Reports of Systematic, State-Sanctioned Organ Harvesting From Non-Consenting Prisoners of Conscience in the People’s Republic of China, Including From Large Numbers of Falun Gong Practitioners and Members of Other Religious and Ethnic Minority Groups, 114th Congress, 2nd Session, H. Res. 343, passed 13 June 16.