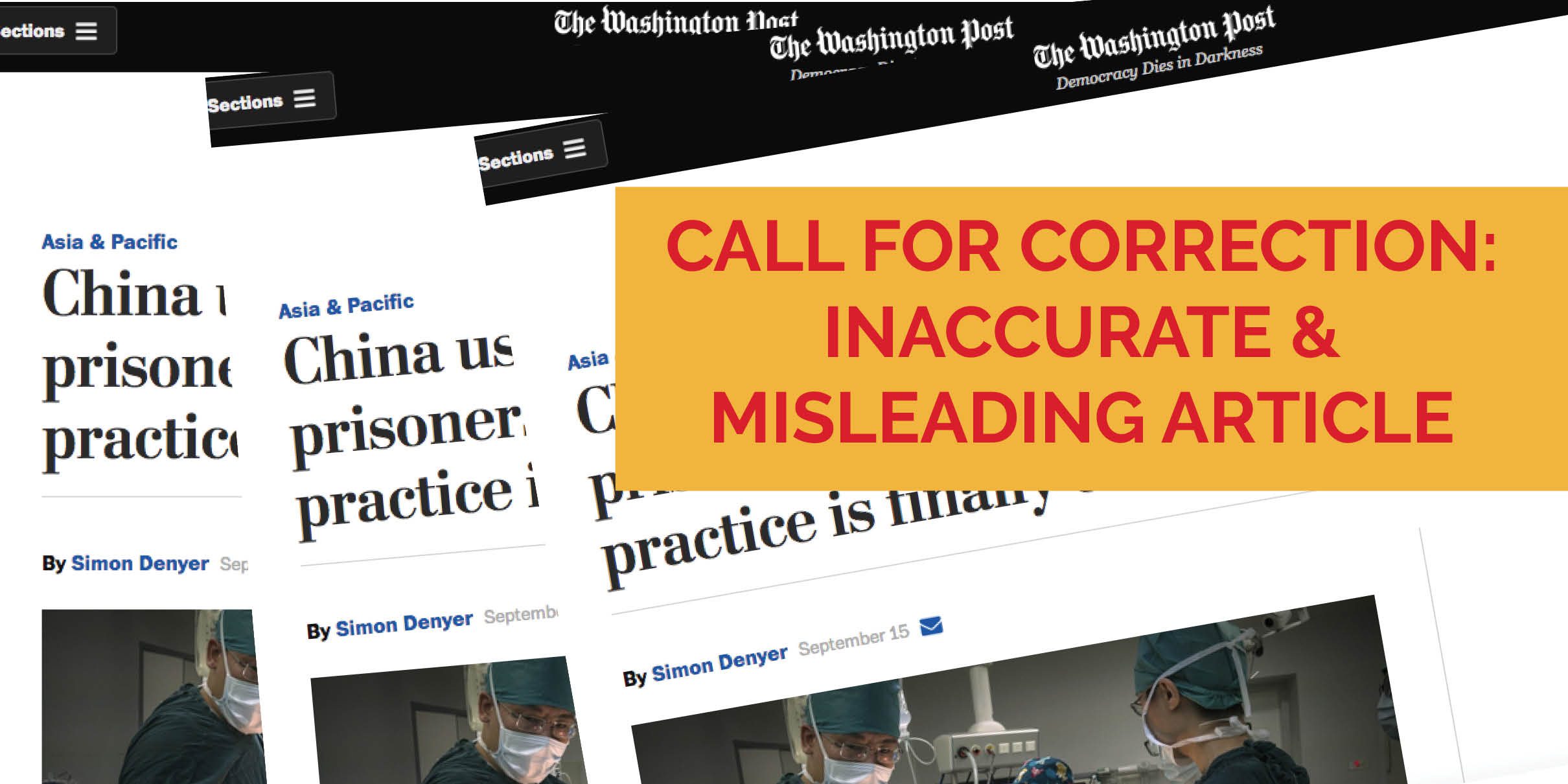 There are two main claims in the article.

The first is that the Chinese transplant system has now moved from reliance upon organs harvested from prisoners, to organs that are voluntarily donated by Chinese citizens. The evidence for this claim consists of quoted statements from Huang Jiefu (described as a “health official” in the article). No external scrutiny occurred to test the veracity of this claim, despite Huang’s long history of lying to the Western media about organ sources in China. That is, the only evidence about reform in China is the word of a serial liar who has himself been complicit in transplanting harvested organs for decades.

The second claim is that organs were ever only sourced from executed prisoners who had been sentenced to death in the Chinese criminal justice system. In particular, the Washington Post claims to offer evidence about the falsity of allegations of organ harvesting from prisoners of conscience, primarily practitioners of the Buddha-school practice of Falun Gong. The “allegations” about organ harvesting from prisoners of conscience are backed up by exhaustive investigation using referenced sources (see “The Update”). Against this scholarship, the Washington Post offers a single piece of evidence based on data about China’s consumption of anti-rejection drugs. The Post claims that data from Quintiles IMS, an American health-care-information company, shows that China’s consumption of anti-rejection drugs is roughly in line with the number of transplants that Huang says occur in China each year, not the rates cited in “The Update”.

There are many flaws in this reasoning, most glaringly that the database that the Washington Post appears to be relying on showed Japan (about 2000 transplants a year) as having a higher transplant volume than China (Beijing commonly admits to performing 10,000 transplants a year) just a few years ago. These were laid out in detail in a letter from physicians, ethicists, human rights lawyers, journalists and others to the editor of the Washington Post Letter-to-Washington-Post-about-use-of-Quintiles-IMS-data-final (REDACTED)). The letter requested further details about the methods used to calculate transplant rates from the IMS data, and pointed out several ways in which there could be a large mismatch between those figures and actual transplant rates.

The editor declined to provide further information (Response by Will Englund on Washington Post IMS data).

A second letter from this group provided further detail about the lack of 1:1 correspondence between sales of anti-rejection drugs and transplant rates (Response to Washington Post on Quintiles IMS data).

This has not been answered.

David Matas, International Human Rights Lawyer and co-author of Bloody Harvest and the 2016 “Update” also wrote to the Washington Post. (LetterToWaPost_DavidMatas_17Sept2017)  He received no reply.

In summary, the Washington Post article is based upon uncorroborated statements from a compromised source coupled with highly unreliable estimates of transplant rates based on data that cannot prove the point in question. The article does not deserve to be taken seriously.