White House Responds to Petition on Organ Harvesting in China 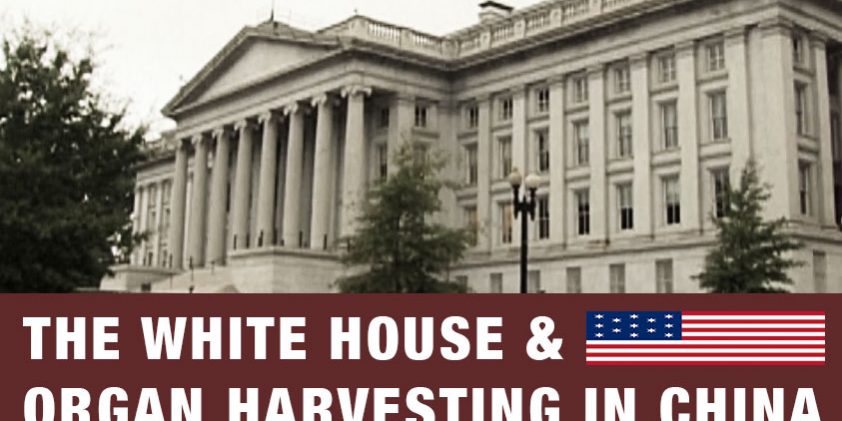 Late on a Friday afternoon the White House responded to a petition submitted to their “We the People” site about 3 years ago that called for investigating and publicly condemning organ harvesting from Falun Gong believers in China.

The White House should be praised for publicly condemning the organ harvesting from executed prisoners.

But it remained silent about the request made in the original petition.

Also, the White House understates the horror of what is described in the petition, which garnered more than 34,000 signatures.

The prisoners are alive until their organs are ripped from them.

The European Parliament passed a resolution on Dec. 12, 2013 condemning the Chinese regime’s forced organ harvesting, especially from Falun Gong prisoners of conscience. The European Union is being called to look into the matter.

Canada also acknowledged allegations that Falun Gong prisoners of conscience have their organs removed without their consent in March 2014.

Falun Gong, a traditional Chinese practice involving meditation, exercises, and teachings of truthfulness, compassion, and tolerance, has over 100 million adherents throughout the world, but has been brutally persecuted by the CCP since July 1999.

Among other researchers, Ethan Gutmann, in his recently released book “The Slaughter: Mass Killings, Organ Harvesting, and China’s Secret Solution to Its Dissident Problem” does also.

See the original petition and response below.

We Petition the Obama Administration to:

Tens of thousands of illegally imprisoned Falun Gong believers have been used as a living organ bank, killed on demand to fuel China’s lucrative organ transplant industry, as outlined in this video.

As a world leader in protecting human rights, the U.S. has a moral obligation to expose these crimes, stop them, and ensure the perpetrators are brought to justice.

Thank you for signing a petition about organ harvesting in China.

The U.S. government opposes illegal or unethical harvesting or trafficking of human organs. We have urged China to cease harvesting organs from executed prisoners and have raised this issue with senior Chinese officials. China’s leaders have announced a pledge to abolish the practice of taking human organs for transplant from executed prisoners, although we are aware of continued reports of such practices. We take such allegations very seriously and will continue to monitor the situation and the actions that Chinese authorities take to fulfill this commitment.

The Chinese government’s human rights practices and treatment of Falun Gong practitioners remain causes for concern. Since 1999, the Secretary of State has designated China as a “Country of Particular Concern” under the International Religious Freedom Act for having engaged in or tolerated particularly severe violations of religious freedom. As reported in the State Department’s 2013 Country Report on Human Rights Practices and the 2013 International Religious Freedom Report, the Chinese government’s respect for and protection of the right to religious freedom have deteriorated.

Public Statement by the Italian Federation for Human Rights on Forced Organ Harvesting Practice in the People’s Republic of China
April 23, 2021