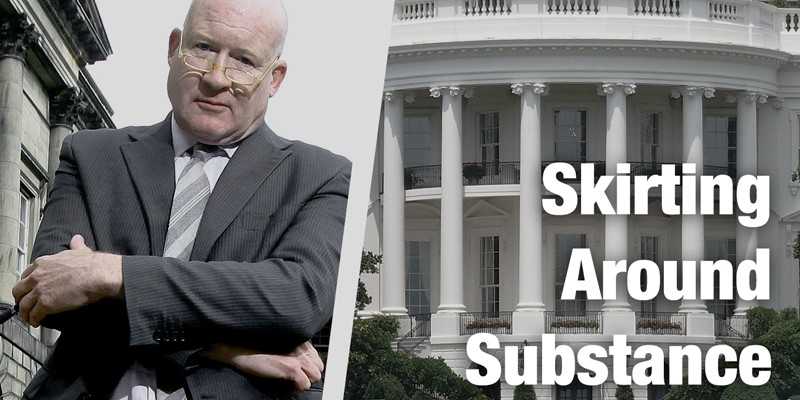 The White House responded recently to a petition about a grave topic—harvesting of organs of prisoners of conscience in China. But the response that came two years after the petition was lodged, failed entirely to address the key issue of concern, and, say doctors and researchers who supported the petition, took too glib a tone for the seriousness of the abuse.

Dr. Alejandro Centurion from San Francisco, who was one of three doctors who initiated the petition, scratched around for something nice to say.

“I feel thankful that the administration gives us the opportunity of this forum to ask questions through the We the People website,” Centurion said in a call from his practice on Sunday. “Although, it’s unclear why they took so long.”

Ethan Gutmann, a voluble author whose book, “The Slaughter,” about organ harvesting from Falun Gong practitioners in China was published last August, had a less forgiving reaction.

“Given that the State Department explicitly raised allegations of Falun Gong being harvested in their previous China country report, the White House response—which attempts to erect a verbal firewall between the Falun Gong issue and the forced harvesting issue—can only be read as a craven retreat.”

Indeed, in 2011 the State Department’s human rights report on China referred to allegations of organ harvesting from Falun Gong—hardly a ringing condemnation, but something of a breakthrough for the human rights activists and researchers who have quietly labored away at the issue.

Falun Gong, a Chinese spiritual practice based on meditation and living by the principles of truthfulness, compassion, and tolerance, has been persecuted by the Chinese Communist Party since 1999. Researchers believe that about a year after the beginning of the campaign, Chinese military hospitals came to see Falun Gong as an excellent new source of organs for sale and transplant. The influx of Falun Gong prisoners into labor camps and prisons over these years corresponded with a rapid jump in transplant figures, and Falun Gong refugees began reporting strange blood tests and threats that their organs would be extracted.

Several books, journal articles, and a body of reportage laying out the evidence has since developed around the issue. Many of the individuals involved in that research believe that the White House actually knows about the issue, but as a strategic matter declines to publicly acknowledge it.

The initial petition called on the Obama administration to “Investigate and publicly condemn organ harvesting from Falun Gong believers in China.”

Its opening line said “Tens of thousands of illegally imprisoned Falun Gong believers have been used as a living organ bank, killed on demand to fuel China’s lucrative organ transplant industry,” directing readers to a video that explored the evidence in greater depth.

“As a world leader in protecting human rights, the U.S. has a moral obligation to expose these crimes, stop them, and ensure the perpetrators are brought to justice,” the petition concluded.

The response, however, does not address the key concern in the petition. It notes U.S. government opposition to “illegal or unethical harvesting or trafficking of human organs,” and said “we have urged China to cease harvesting organs from executed prisoners and have raised this issue with senior Chinese officials.”

The White House response can only be read as a craven retreat.
— Ethan Gutmann

It characterizes the “human rights practices and treatment” of Falun Gong practitioners—which includes torture with electric batons, hanging victims by the hands for days, compulsory ideological reprogramming classes, and more—”causes for concern.”

Dr. Centurion said, “Those who initiated the petition are hoping for more concrete action to this urgent human rights situation that needs to be addressed. It needs a stronger response and action.”

Ethan Gutmann said he found the response “sickening.” He added: “I’m sure that Xi Jinping and Huang Jiefu are very pleased with the White House response,” referring to the chief of the Communist Party and the top transplant official respectively. “I wouldn’t even be surprised if they had a hand in the editing.”