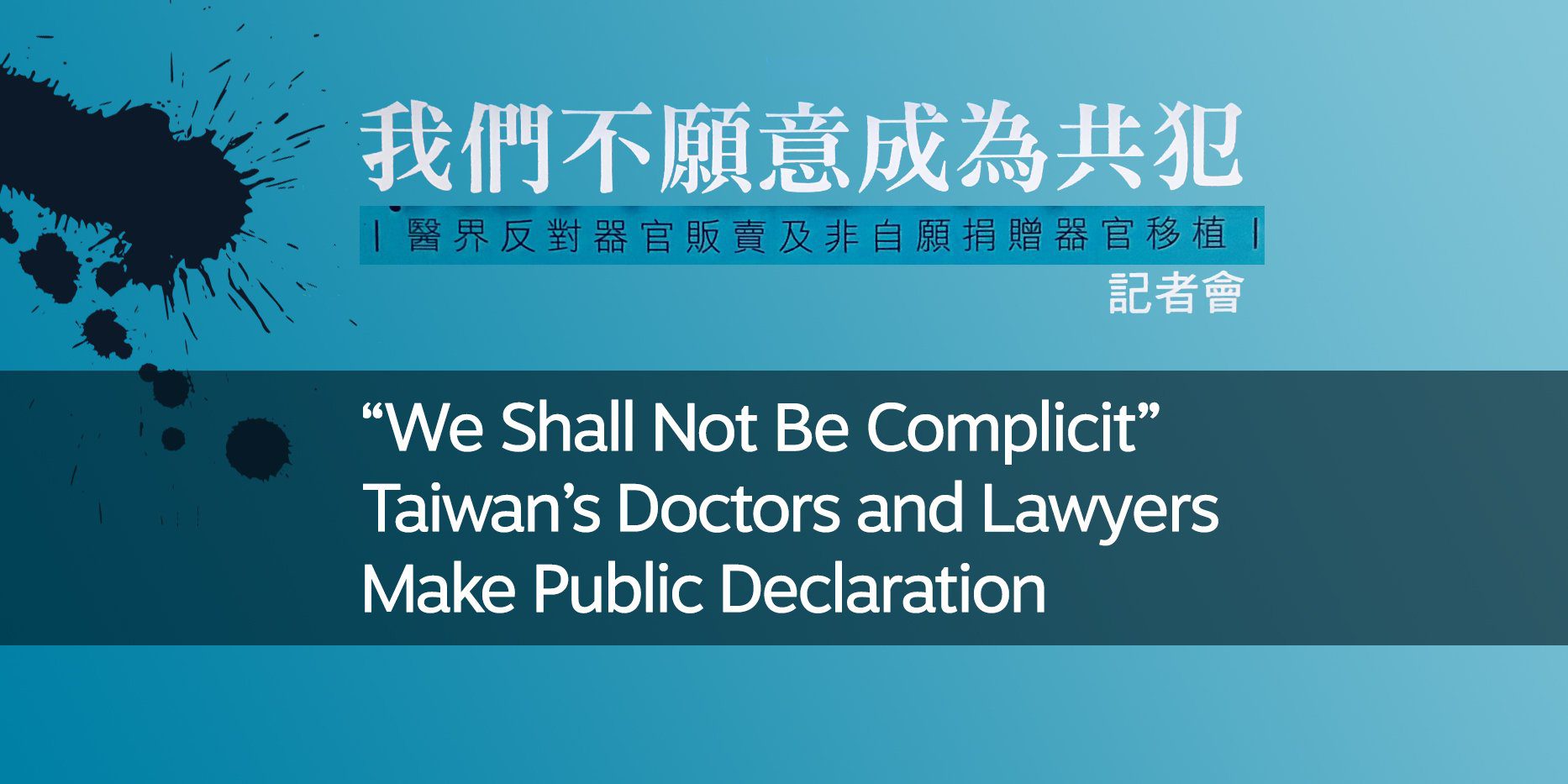 WE SHALL NOT BE COMPLICIT

We are a Group of Medical Professionals and Medical School Educators In the last twenty some years, persistent and credible evidence of state-sponsored organ trafficking, forced/involuntary organ donation for transplantation, and even live organ harvesting have continued to emerge from Mainland China. That information has triggered attention in the international community, and prompted the legislative bodies of several countries—including the United States, Israel, Canada, Spain, Italy, and the European Parliament—to pass multiple resolutions condemning such acts. In the Chinese organ market, the Taiwanese are major customers, and some medical professionals from Taiwan may have been involved. This has caused damage both to Taiwan’s international image and even more harm to the image of Taiwan’s medical professionals. At a hearing in Westminster, England, Human Rights activist and China analyst, Mr. Ethan Gutmann on October 16, 2018, accused elements of Taiwan’s medical community of being complicit with Chinese organ trafficking. Therefore, in order to express in the most transparent way our public position on organ trafficking and related crimes, we hereby make the following declaration. We do so in the hope that we can stop this drift into tragedy – a tragedy that goes against all of our most deeply held sense of medical ethics – and in the hope that we can ultimately redeem the image of Taiwan’s Medical Profession.

1. We abide by the Human Organ Transplant Act in Taiwan. We oppose human organ trafficking and organs without donor’s consent for transplantation. We oppose unethical practice and illicit use of Extracorporeal Membrane Oxygenation (ECMO).

2. We oppose gene screening without informed consent, and we oppose the illicit use of biometrics.

3. We strongly condemn human organ trafficking, forced organ harvesting, and organs without donor’s informed consent for transplantation in China. And we also strongly condemn the forced collection of genetic information from certain groups or ethics, such as the Uyghur.

4. We shall not recommend or refer patients to transplant facilities for organs obtained through payments or unknown source; nor may we broker or involve with the sale and purchase.

5. We shall not abuse the ethics of our medical knowledge in medical practice and in academic research.

6. We encourage organ donation participation, to increase availability of organs from consenting donors for transplantation.