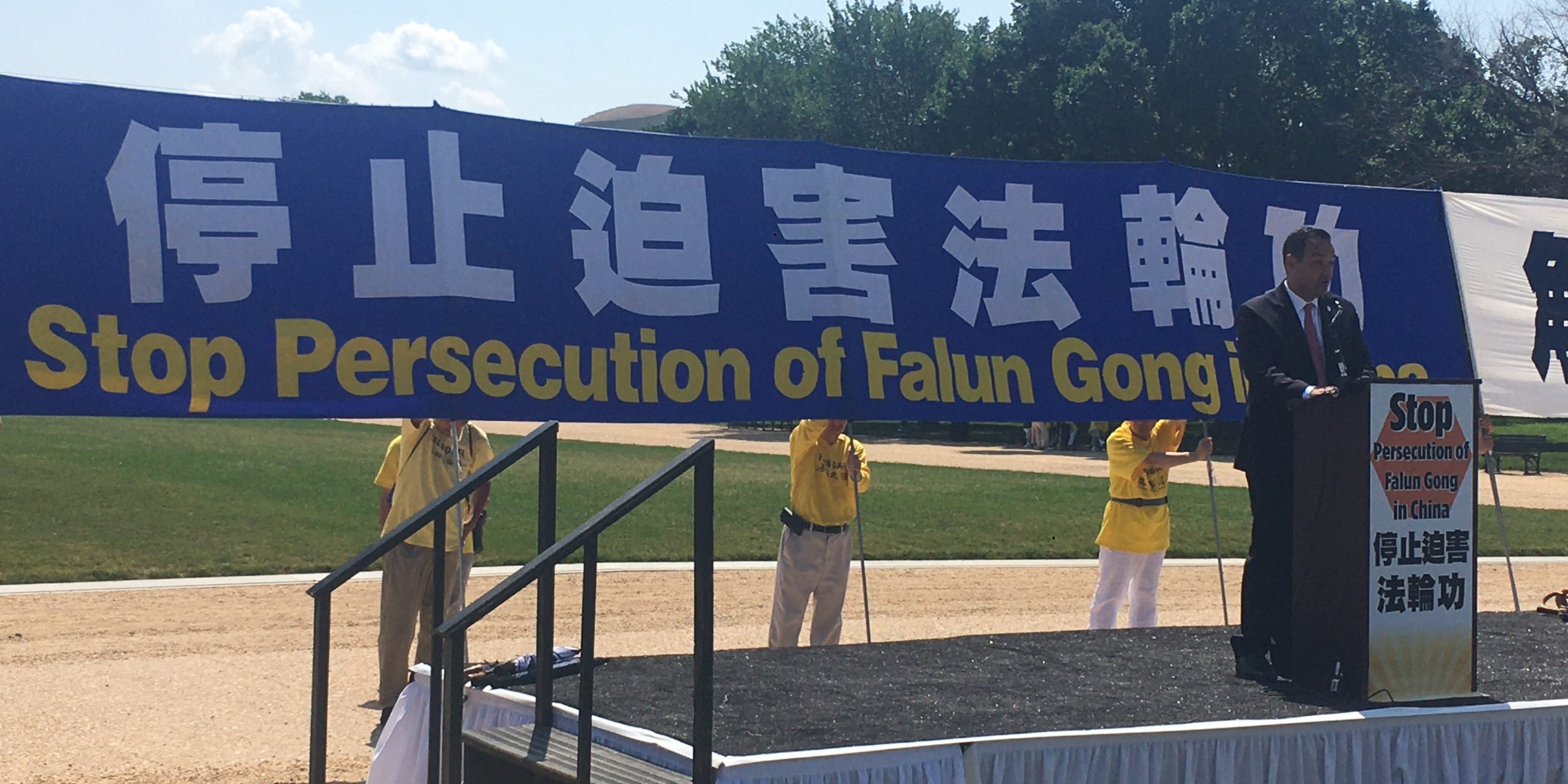 Rally for the 22nd Anniversary of the Persecution of Falun Gong, July 16, 2021

In July of 1999, recognizing the power that the movement instilled in its practitioners, the Chinese government banned it from China. Those who continued to exert their religious rights were arrested and sent to labor camps. Many who were sent to these camps were tortured and killed. Thousands of Falun Gong practitioners remain in detention in China and continue to be subjected to torture. To ensure that Falun Gong was not to be practiced by future generations, schools were forced to indoctrinate students, calling the Falun Gong a “heretical cult.”

One of the Chinese Communist Party’s most grotesque tools of oppression is forced organ harvesting. Today, Falun Gong Practitioners and other religious and ethnic minorities in China are victims of this horrific human rights abuse. The CCP has claimed that these organs come from voluntary donors, but the mounting evidence proves otherwise. Just last year our research provided new primary evidence and data analysis that exposed the falsification of official data sets demonstrating that forced organ harvesting was occurring. The China Tribunal, an independent, international people’s tribunal, concluded “unanimously, and sure beyond reasonable doubt – that in China forced organ harvesting from prisoners of conscience has been practiced for a substantial period of time involving a very substantial number of victims.”

The Tribunal explicitly names Falun Gong stating, “Forced organ harvesting has been committed for years throughout China on a significant scale and that Falun Gong practitioners have been one – and probably the main – source of organ supply.” Last month, UN human rights experts called on China to “promptly respond to the allegations of ‘organ harvesting’ and to allow independent monitoring by international human rights mechanisms.” Sadly, we know that they will not.

The Victims of Communism Memorial Foundation is urging that we hold the Chinese Communist Party and other foreign governments responsible for their complicity in these heinous human rights abuses. We will continue to raise our voice against China’s abuses and demand human rights and justice for all the victims of the Chinese Communist Party, including for practitioners of Falun Gong.

What is forced organ harvesting? Watch the explainer video here.