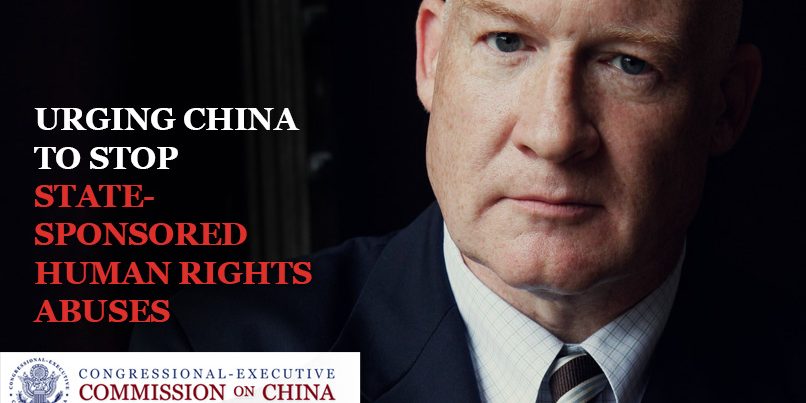 As President Obama prepares to host Chinese President Xi Jinping on September 24-25, 2015, the Congressional-Executive Commission on China (CECC) will hold a hearing to examine the critical human rights and rule of law issues that deserve frank and robust discussions during the planned state visit.

It has been another bad year for human rights in China. In its forthcoming Annual Report, scheduled for release in October, the CECC will provide documentation of the Chinese government and Communist Party’s efforts to silence dissent, suppress human rights advocacy, and control civil society — efforts that are broader in scope than any other period documented since the Commission started issuing Annual Reports in 2002.

There are many important issues, to include security and economic concerns, that should be on the agenda during the Chinese President’s visit. So too should human rights. It is increasingly clear that there are direct links between concrete improvements in human rights and the rule of law in China and the security and prosperity of the United States.

Witnesses will address a variety of human rights developments and will make policy recommendations in the context of the upcoming summit.