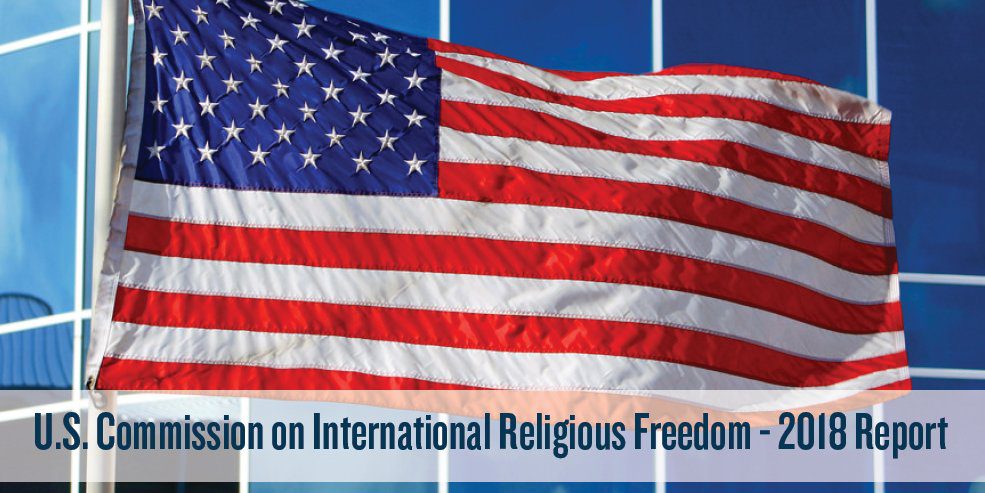 China features in the report as a Tier 1 Country ‘- a Country of Particular Concern’.

RECOMMENDATIONS TO THE U.S. GOVERNMENT INCLUDE: