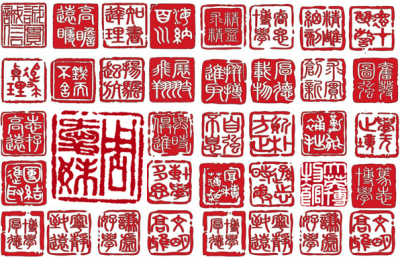 Between February and June 2014, 2,595 people in Zhangjiakou City, Hebei Province, and surrounding areas signed a petition denouncing these crimes, and demanding that the organ harvesting be stopped.

One woman was enraged after hearing about the atrocity, “The CCP is killing people! Who wouldn’t sign the petition to stop it? I am signing it!” She also brought 14 of her relatives to sign the petition.

A government employee was angry after seeing a picture depicting the live organ harvesting, “I can’t believe that in a country that boasts itself as a ‘socialist spiritual civilization’ and ‘harmonious society,’ such inhumane crimes can be happening. Anyone with a conscience should ask for justice. I am signing the petition.”

A person visiting from a nearby county said as he signed, “The Party is so evil. It ruined my whole life. During the ‘land reform,’ my family was put in the ‘rich peasant’ category and has suffered ever since.”

The lady who brought 14 relatives to sign the petition was very happy. Her sister-in-law had had cirrhosis and stomach bleeding. She frequently went to hospitals and had just had surgery in Beijing.

After she signed the petition, things changed. She started getting significantly better, and didn’t bother to go back to Beijing for a followup on her surgery. She was also able to pay off the debts she owed for her hospital bills. Her nephew, who hadn’t had a job for a long while, landed a job right after signing the petition. Her brother’s business started booming, and her grandson got the second highest score in his class on their final exam.

An 84-year-old man was almost unable to recognize anyone. His daughter asked him, “Dad, the CCP officials are harvesting Falun Gong practitioner’s organs to sell. We want to sign the petition to stop it and investigate their crimes. Do you want to sign?” “Yes!” he replied. This gentleman has since been getting better. He can now think more clearly and rationally, and can climb the stairs to his apartment on the sixth floor.

When another woman saw the petition form, she said, “How did our country get to this point? Our water is polluted, our cooking oil is the waste oil retrieved from sewers, and what they call lamb meat is actually from rats. Why is the CCP is so bad? Now they are even taking out people’s organs to sell! That is the devil’s work!” Her nephew said, “They have lost their humanity, and are demons! I am signing the petition!” The nephew is now getting healthier and having a good life.