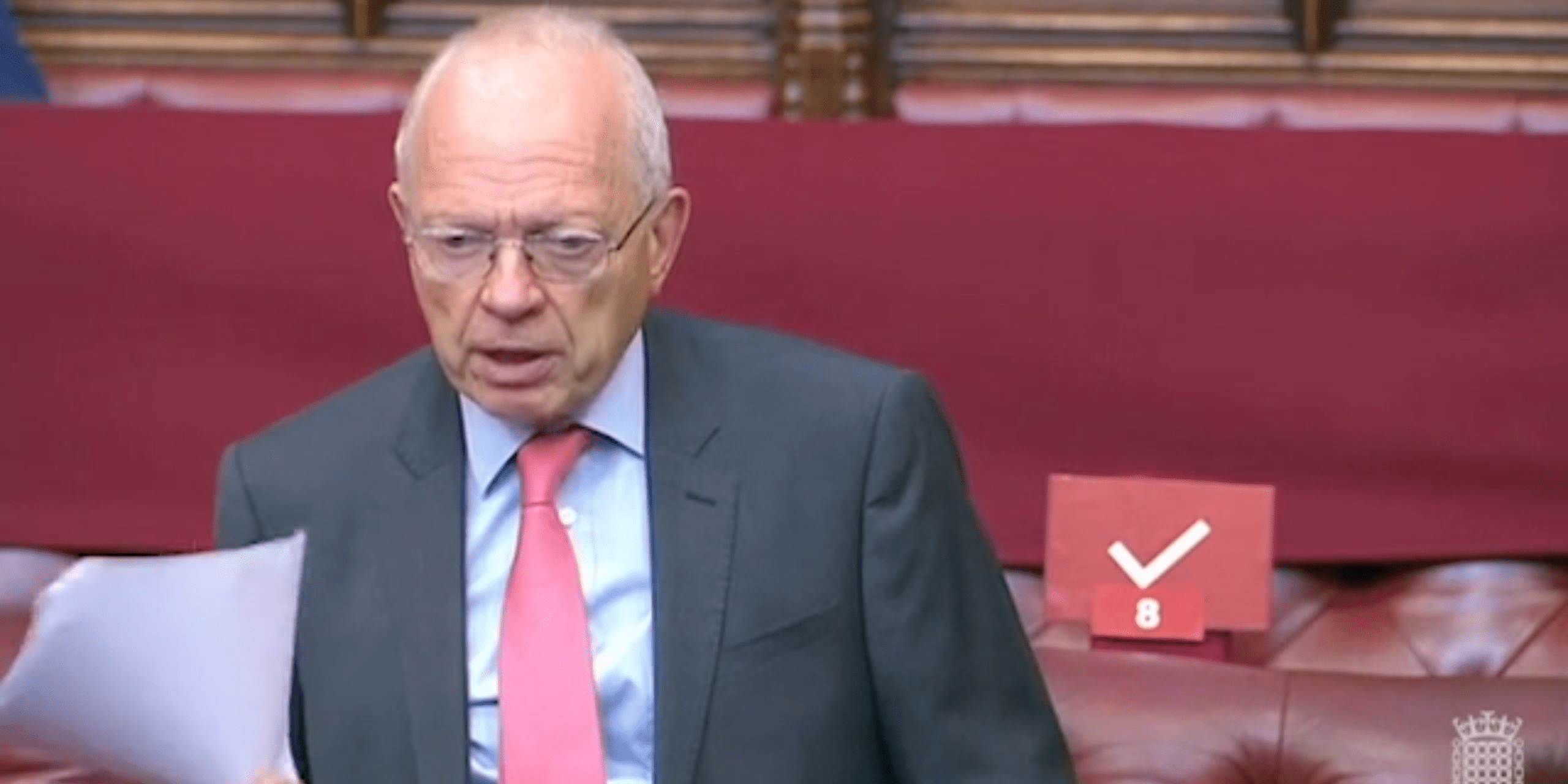 An amendment to combat China’s forced organ harvesting has passed through the House of Lords in UK Parliament, with government support.

Following considerable pressure from across the House of Lords, the UK government has backed an amendment to the Medicines and Medical Devices Bill, which will mark the first UK legislative response to the China Tribunal Judgment. The amendment aims to protect UK medical institutions and practitioners from becoming unwittingly complicit in China’s state-sanctioned forced organ harvesting.

Lord Hunt of Kings Heath moved the amendment, supported by cross-party peers, Baroness Finlay of Llandaff, Baroness Northover, Lord Ribeiro and the Health Minister, Lord Bethell. The amendment gives ministers the power to introduce regulations to ensure that human tissues, organs and cells imported from overseas—that may have been forcibly harvested—are not allowed to enter the UK for use in medicine.

Marie Rimmer MP started the amendment in the Commons, however there it lost the vote, only to be tabled again in the House of Lords with overwhelming support. A significant number of Lords spoke in support of the amendment during the Bill stages, raising the issue of forced organ harvesting from Falun Gong practitioners and Uyghurs and highlighting the China Tribunal Judgment.

During the debates, the issue of the UK’s reliance on the World Health Organization’s (WHO) view of China’s organ transplant system was raised. The WHO advises that China is running an ‘ethical organ donation system’; however, it recently became clear that the information on which the WHO’s assessment is based is provided by the reporting country itself—in this case, China.

On January 12th, during the report stage in the House of Lords, the Minister, Baroness Penn, told the Lords that Foreign, Commonwealth and Development Office Ministers have continued to engage with the WHO, which has led ‘to a valuable meeting between senior officials at the UK Mission in Geneva and Jane Ellison, Executive Director for External Relations at the WHO’. Further, ‘these discussions have opened up dialogue with key international partners on organ harvesting allegations, which we are committed to continuing’.

Another topic regularly raised during the amendment debates has been the ‘Real Bodies Exhibition’, which visited Birmingham’s National Exhibition Centre in 2018. The corpses and cadavers had been sourced from China and classified as ‘unclaimed bodies’, with no documentation or consent. On this topic, the Minister told the Lords, ‘I am pleased to announce that we will take forward work to strengthen the Human Tissue Authority’s code of practice on public display for imported tissues’. Penn explained that ‘this work is under way, and I am confident that, as a result, we can ensure that no exhibitors can display imported bodies without robust evidence of consent’.

Another key topic of debate was exported medical devices used in the preserving and transportation of organs. Two UK firms, Organox and Bridge to Life, were found by the Institute to Research the Crimes of Communism report to export such devices to China, which arguably may make them complicit in forced organ harvesting. Penn explained government concerns surrounding restricting exports; however, she also stated, ‘of course, it is absolutely right that we guard against the UK—and UK companies—being complicit in human rights abuses’.

The Minister also referred to an announcement made earlier that day by Dominic Raab regarding China’s Uyghur slave labour: ‘as demonstrated by the Foreign Secretary’s announcement earlier today, we are prepared to go further where there is clear cause for concern that UK actors could inadvertently contribute to human rights abuses overseas’.

Lord Hunt of Kings Heath, who moved the amendment, expressed that ‘today, we welcome wholeheartedly what the government have done and the very important signals that are now being sent to the rest of the world’.

The Bill, which will now go back through the House of Commons, is expected to become law in the spring.