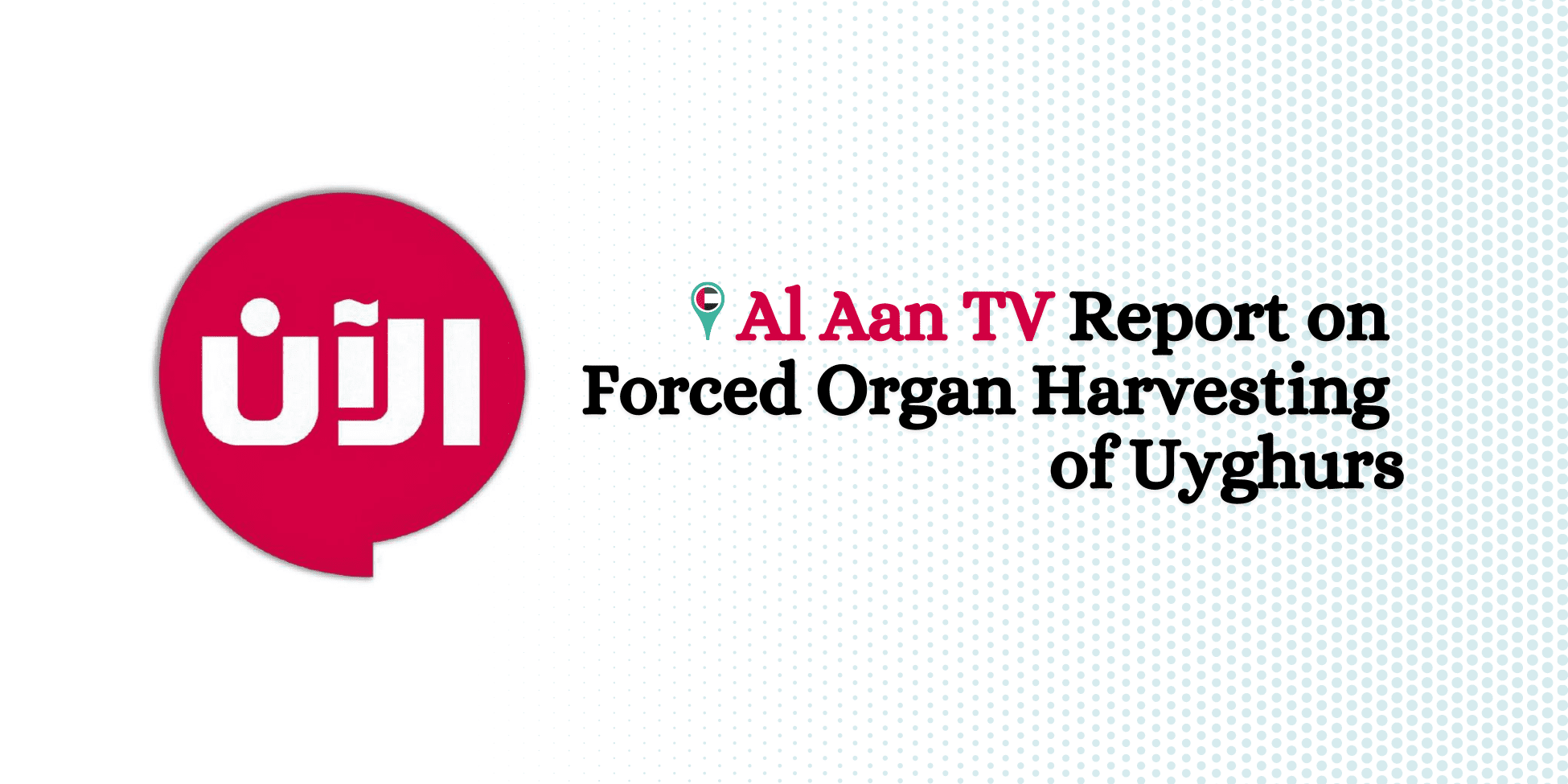 The report includes a video segment and an article detailing multiple lines of evidence of the forced organ harvesting of Muslim Uyghurs.