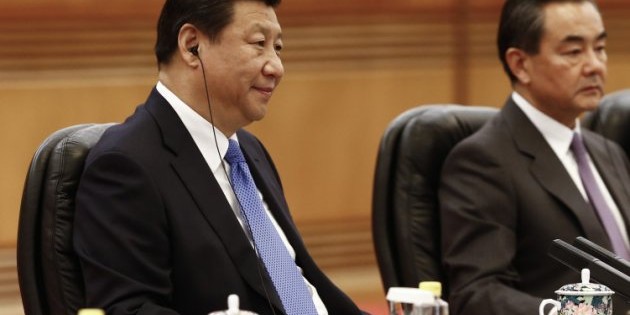 By David Kilgour | David vs. David

Diplomats, politicians and business leaders sometimes overlook that China is its peoples, cultures and history far more than its unelected government. The criticisms many of us at home and abroad make are of the party-state governance, not the long-suffering citizens.

Mao remains the overarching governance icon. Jung Chang and Jon Holliday end their biography, Mao, The Unknown Story: “Today (2005), Mao‘s portrait and corpse still dominate Tiananmen Square …. The current Communist regime declares itself to be Mao’s heir and fiercely perpetuates (his) myth.” Many historians today include him with Stalin and Hitler as the three worst mass murderers of the 20th century.  Chang-Holliday notes, “…over 70 million Chinese perished under Mao’s rule in peacetime.”

Many governance problems today stem from the conflation of Mao’s totalitarianism and his successor Deng Xiaoping’s reforms after 1978 into a system of ‘Leninist governance/crony capitalism.’ Corruption and violence are so widespread that foreigners and socially responsible companies wonder if they can do legitimate business in China.

The world’s democrats should nonetheless continue to engage with the party-state and the broadest possible range of citizens. Democracy with Chinese features may be closer than many think. The values we represent include equal dignity for all, the rule of law, multi-party democracy, transparency and accountability.

U.S. needs to push back against China’s growing dominance

For example, Canada’s Clive Ansley, who practised law in Shanghai for 14 years, explains what happened to Nobel Peace Prize laureate Liu Xiaobo, Gao Zhisheng and many other courageous dissidents: “There is a current saying among Chinese lawyers and judges … ‘Those who hear the case do not make the judgment; those who make the judgment have not heard the case’….  Nothing which has transpired in the ‘courtroom’ has any impact on the ‘judgment.’” The Party remains above the law.

The 2014 book, The Slaughter, by Ethan Gutmann places the persecution of the Falun Gong, Tibetan, Uyghur, and House Christian communities in context. He focuses mostly on Falun Gong, the exercise-meditation group most viciously targeted since 1999, when the Party itself estimated the number of its practitioners to be 70-100 million.

Gutmann explains how he arrives at his “best estimate” that vital organs from 65,000 Falun Gong and “two to four thousand” Uyghurs, Tibetans or House Christians were seized in the 2000-2008 period alone. No-one survives pillaging because all vital organs are removed to be trafficked for high prices to wealthy Chinese and “organ tourists.”

Manufacturing remains important to successful economies. The American academics Peter Navarro and Greg Autry note in ‘Death by China’ that more than 50,000 manufacturing plants and 20 million American jobs have been outsourced over several decades mostly to China. Canadians, Europeans, Africans and others have also seen manufacturing jobs leave for China.

Forced labour is used to manufacture export products in 350 or more camps. David Matas and I visited about a dozen countries to interview Falun Gong, who managed to leave both the camps and China. They told of working in appalling conditions for up to sixteen hours daily with no pay and little food, crowded sleeping conditions and torture. Inmates made a range of export products as subcontractors to multinational companies. This constitutes a violation of WTO rules and calls for an effective response, including placing an onus on importers to prove their products are not made in effect by slaves.

A World Bank study in 2007 concluded that pollution in China causes about 750,000 preventable deaths a year. Greenhouse gases from industrial coal burned across the country wreak environmental havoc well beyond its borders. Nearly half a billion citizens cannot access safe drinking water.

Journalist Jonathan Manthorpe once noted in the Vancouver Sun about China’s economy: “A local government, without a functioning system for raising tax revenue—and…riddled with corruption…sells development land to garner cash… (first getting rid of [farmers] living on the land)… the municipality has the power to instruct banks to lend the development company the money for the sale. So the local government gets its cash, the municipally-owned company gets to build a speculative residential or industrial complex, and all seems well.”

A report on state capitalism in a 2012 issue of the Economist quoted a central bank of China estimate that, between the mid-1990s and 2008, 16,000-18,000 Chinese officials and executives of state-owned companies “made off with a total of $123 billion (about six million each)” and concluded, “By turning companies into organs of the government, state capitalism simultaneously concentrates power and corrupts it.”

Governments and business alike should examine why they are condoning the violation of universal values in order to increase trade and investment with China. The result is more jobs being outsourced and a continuous increase in bi-lateral trade deficits. As consumers, should we overlook the human, social and natural environment costs paid by Chinese nationals to produce goods?

The Chinese people want the same things as all of us: respect, education, safety and security, good jobs, the rule of law, democratic governance and a sustainable natural environment. If gross violations of human rights cease and a reformed Beijing begins to treat its fellow citizens and trade partners in a transparent and equitable way, the new century can bring harmony for both China and the world.

READ IT ON YAHOO NEWS

David Kilgour is co-chair of the Canadian Friends of a Democratic Iran and a director of the Washington-based Council for a Community of Democracies (CCD). He is a former MP for both the Conservative and Liberal Parties in the south-east region of Edmonton and has also served as the Secretary of State for Latin America and Africa, Secretary of State for Asia-Pacific and Deputy Speaker of the House.