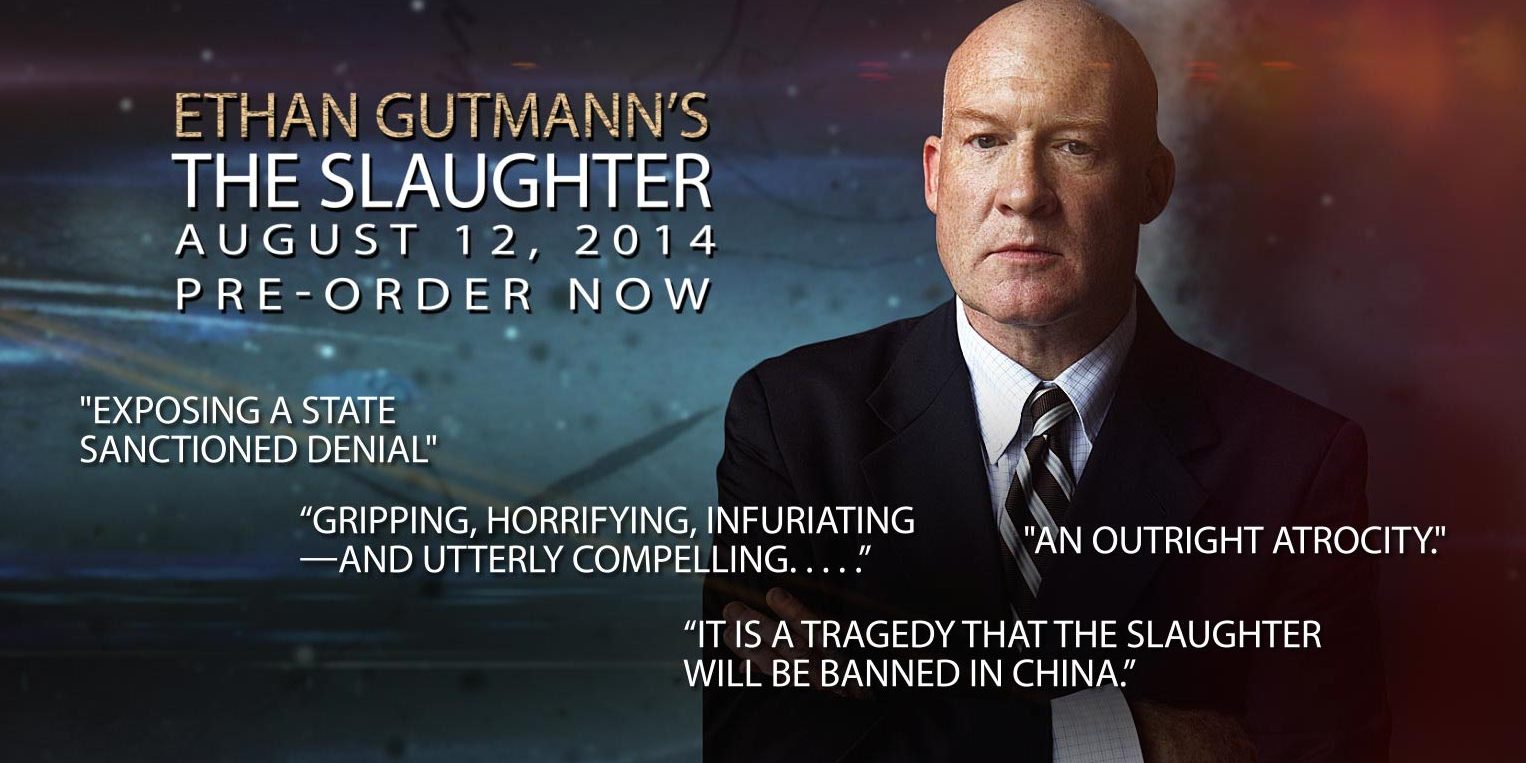 The inside story of China’s organ transplant business and its macabre connection with internment camps and killing fields for arrested dissidents, especially the adherents of Falun Gong.

Mass murder is alive and well. That is the stark conclusion of this comprehensive investigation into the Chinese state’s secret program to get rid of political dissidents while profiting from the sale of their organs–in many cases to Western recipients. Based on interviews with top-ranking police officials and Chinese doctors who have killed prisoners on the operating table, veteran China analyst Ethan Gutmann has produced a riveting insider’s account–culminating in a death toll that will shock the world.

Why would the Chinese leadership encourage such a dangerous perversion of their medical system? To solve the puzzle, Gutmann journeyed deep into the dissident archipelago of Falun Gong, Tibetans, Uighurs and House Christians, uncovering an ageless drama of resistance, eliciting confessions of deep betrayal and moments of ecstatic redemption.

In an age of compassion fatigue, Gutmann relies on one simple truth: those who have made it back from the gates of hell have stories to tell. And no matter what baggage the reader may bring along, their preconceptions of China will not survive the trip.

Ethan Gutmann’s research into Chinese Internet surveillance, the Laogai System, and the intersection of Western business with Chinese security objectives has received sustained attention for almost 15 years now. Ethan Gutmann has provided testimony and briefings to Congress, the Central Intelligence Agency, Geneva’s International Society for Human Rights, the United Nations, and the parliaments of Brussels, Ottawa, and Canberra. More recently its been Dublin, Edinburgh, Cardiff and Westminster. Ethan Gutmann has spoken at universities and press clubs around the world. Once a year he’s asked to supply soundbites for a television network: PBS, CNN, BBC, or CNBC.

Ethan Gutmann has written for the Asian Wall Street Journal, Investor’s Business Daily, The Weekly Standard, National Review, World Affairs Journal, and other publications. My article “The Xinjiang Procedure” received the highly coveted “Sidney Award” from David Brooks at The New York Times and won a Browser “Leaderboard” competition for the most popular long-form essay of the year. The research for my current, almost-completed, book The Slaughter was supported by the Earhart Foundation, the Peder Wallenberg family, and the National Endowment for Democracy.

Ethan Gutmann’s first book, Losing the New China won the 2005 “Spirit of Tiananmen Award.” Back in the day Ethan Gutmann was a senior counselor at APCO China, the premier public affairs firm in Beijing. As chief investigator for the AV television network in Washington DC during the 1990s, he directed the flagship “American Investigator” documentary series. At the Brookings Institution during the 1980s, he crunched numbers as a foreign policy analyst, and he completed my BA and a Master of International Affairs at Columbia University.

“This book will be banned in China. And that is a tragedy.”

“A shocking account filled with detailed personal research, carefully weighed, of a gruesome aspect of China’s economic boom. Ethan Gutmann reveals how the organ-harvesting business symbiotically developed out of the fierce retribution meted out to the Chinese Communist Party’s enemies—Uyghurs, Tibetans, and above all Falun Gong practitioners—and has helped make the China gulag profitable.”

“Drawing on extensive interviews and patient compilation of numbers, names, places, and dates, Ethan Gutmann reports China’s shocking persecution of prisoners of conscience, including torture in prisons and labor camps and organ harvesting for profit. Some chapters make for gruesome reading. All shout out the need for accountability.”