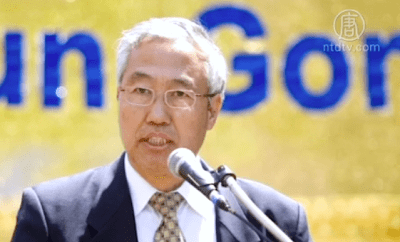 Since organ harvesting from living Falun Gong practitioners was first revealed in 2006, the relevant evidence and information about the CCP’s (Chinese Communist Party) crimes have continued to be exposed. WOIPFG, the World Organization to Investigate the Persecution of Falun Gong, announced the first list of medical staff alleged to have participated in live organ harvesting from Falun Gong practitioners. They are either the suspects committing genocide and murder or witnesses.

WOIPFG announced on Sept. 27 the first list of alleged organizations and members of 228 hospitals and 1,814 medical staff in China.

WOIPFG stated, whereas the CCP has committed the crimes of genocide and crimes against humanity by its persecution of Falun Gong, live organ harvesting is a serious breach of medical ethics and of any law enacted by mankind. Therefore, any individual participating in organ harvesting from living Falun Gong practitioners or prisoners of conscience must take full responsibility for their actions. These accused doctors, nurses, anesthetists, and etc., prior to providing credible and reliable evidence to prove his or her innocence, should be regarded as suspects committing genocide, murder or witnesses.

WOIPFG spokesperson Wang Zhiyuan: “We have conducted a comprehensive investigation of Chinese doctors in organ transplant and complied a database. More lists will be published.”

Wang Zhiyuan introduces, tens of thousands of people suspected of involvement in the heinous crimes.

Wang Zhiyuan: “Jiang Zemin and his CCP authorities initiated organ harvesting from living Falun Gong practitioners. This is a massacre coordinated and uniformly arranged by officials, police, military and hospitals.”

Wang Zhiyuan says the massacre is a nationwide and systematic genocide organized by the CCP. Names and references will be provided to the international community, including governments, Interpol, judicial institutions and human rights organizations as basis for legal action against the suspect institutions and individuals.

Since 2000, Chinese hospitals in urban and rural areas have invariably experienced rapid growth in organ harvesting and transplants. Even small hospitals lacking qualification have also begun to conduct transplantation. The timing closely matches with 1999 when the CCP launched the persecution of Falun Gong.

Former Canadian Secretary of State (Asia-Pacific) David Kilgour and human rights lawyer David Matas published “Report into Allegations of Organ Harvesting of Falun Gong Practitioners in China” in 2006. It is based on doctors’, and patients’ testimony, official data, telephone interviews, and so forth. The shocking report confirms the existence of an unprecedented evil on this planet, forced organ harvesting.

To ease international pressure, the CCP introduced the so-called organ transplant ordinance (draft) in 2007. CCP continues to mislead the public, claiming organs came from executed prisoners, denying organ harvesting from the living. But in fact, the number of death penalties in China is very limited and decreasing. In addition China has almost no voluntary organ donation. The first organ donor registration only began in March 2014.

A WOIPFG report on Sept. 25 revealed that illegally detained Falun Gong practitioners are the ‘donors’ of tens of thousands of transplants in China according to analysis of more than 300 medical reports from 200 plus hospitals in 31 provinces and municipalities in China. The report found, 90% strong donors are males in their 20s to 40s, with fair health, normal internal organs, lack of transmitted diseases, and no history of drinking and smoking. A population such as this is supporting the tens of thousands of organ transplants in China and can absolutely not be from death row prisoners.

Falun Gong spokesman Zhang Erping: “They know the persecution of Falun Gong is against humanity and a violation of China’s constitution. They are afraid of the exposure of the persecution, be it the live organ harvesting, the tortures, or the killings.”

WOIPFG, the World Organization to Investigate the Persecution of Falun Gong, headquartered in the United States, was founded on January 20, 2003. The mission of WOIPFG is: To investigate the criminal conduct of all institutions, organizations, and individuals involved in the persecution of Falun Gong; and to restore and uphold justice in society. – See more at: http://www.ntd.tv/en/programs/news-politics/china-forbidden-news/20141001/227718–the-first-criminals-in-live-organ-harvesting-announced.html#sthash.DIpd2dys.dpuf