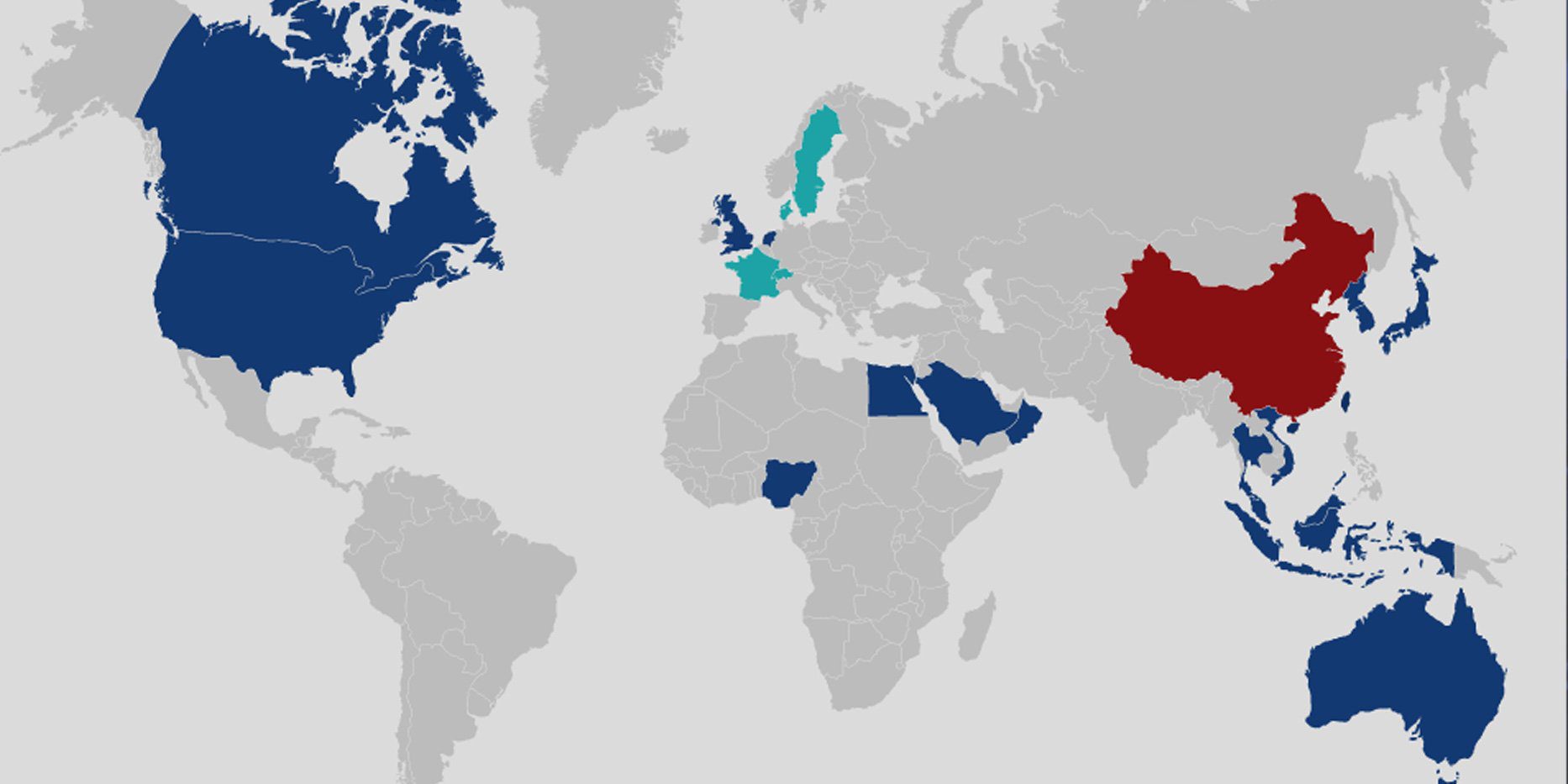 At least 20 western companies – and possibly up to 28 – supply China, in some cases for over 20 years, with the materials, drugs and devices supporting the development of the transplantation business, while being aware of the facts and evidence related to illegal organ harvesting. The revenue of these companies from doing so goes to billions of USD each year and shows signs of growing over the last decade.

It’s not like the criminals in China have any other choice than to use the imported western equipment – as China is not self-sufficient at all when it comes to medical devices, and for example even in 2019 is massively dependent on the import of devices for organ preservation, and up to 92% of the medical equipment is being into China imported, based on the evidence found.

The western companies in the area of medical business support transplantation in a country where patients from at least 20 countries and regions in the world – as is proven by another part of our research in this report – travel for an organ which was supplied to them outside of the waiting list for Chinese citizens, has a dubious source, and somebody might have been killed for it. Actually, someone probably was.

This topic was looked into in parliaments of many countries, and a lot of evidence confirming the use of prisoners of conscience for organs has been revealed, one of the largest sources being a report by independent investigators in 2016 (ETAC), based on which, as well as other new evidence (WOIPFG and other organizations or individual researchers), an independent people’s tribunal in London confirmed on 17th July 2019 that the crime is indeed happening, and on a very massive scale. Even the part of using executed prisoners for organs is not alright, as the evidence we came across suggests that in some cases those people would not be given death sentence in a fair legal system.

Illegal organ harvesting is a criminal activity, legally punishable by law, and companies from democratic countries do supply (possibly unknowingly and indirectly) the criminals with the tools they use to make money out of it. The organ harvesting in this case is quite similar to contract killing, except that the agreement is made with China, instead of directly the killer, and you don’t know the name of the victim – you just know that the killer will find a ‘suitable donor’ for you.

Any criminals should have long ago went to great lengths to make every company as complicit as possible, and so even if the company would be completely innocent, it is in an extremely vulnerable situation since their area of business in China is far from any meaning innocence can ever have. If you were one of the criminals which are used to killing people, would you not go to any lengths to secure the supply of the tools your business is constantly dependent on?

The doctors also gave away in their medical studies new pieces of evidence for this abuse. A third party is contacting patients with organ offers just when they get on the waiting list (with some of them then going to China); there are brokers even when it comes to China; some of the patients apparently look for an organ in China even before doing so in their country; and there are still functioning websites you can ask for an organ transplant.

The evidence in this report reveals that the illegal organ harvesting in China is not a criminal offense limited to just that one country, but inevitably depends on many factors outside of it. This makes it all the more pressing – and possible – for the relevant authorities to look into it, such as medical, human rights and foreign policy associations, business organizations, chambers of commerce and others. There are many questions these organizations can ask and for which they would easily be able to find the answers, some of which we have tried to present in this report. 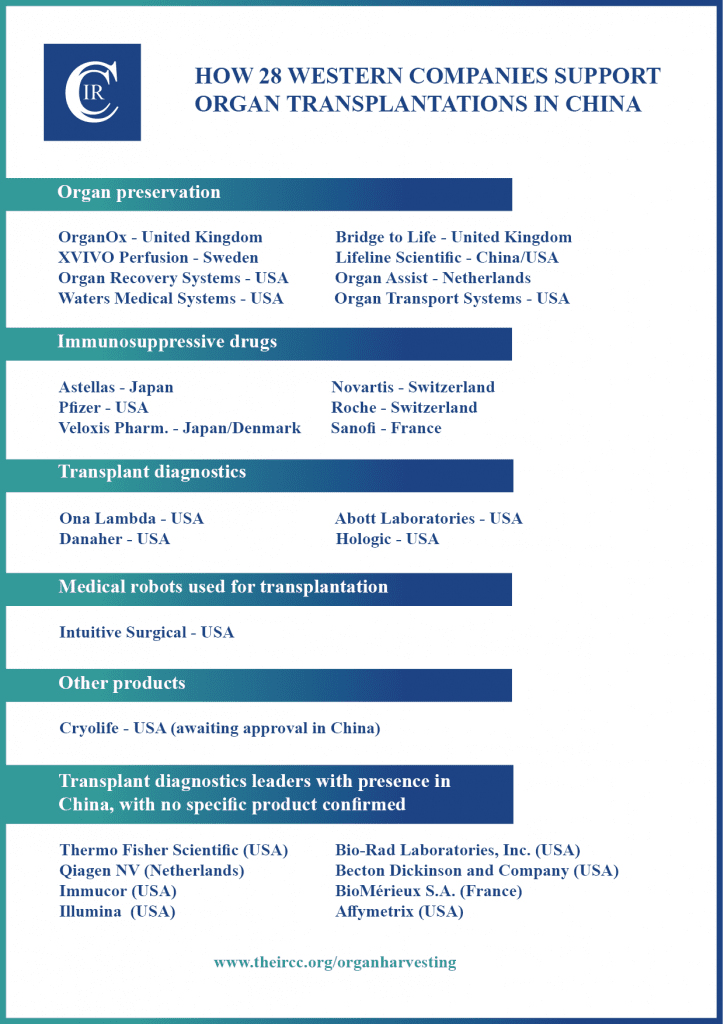 All of this also constitutes a larger issue – when China pulls into its human rights abuses western companies, would we even notice?

This case started over 20 years ago, with the evidence of illegal organ harvesting at large being available in 2006 – and for 13 years, the profit of western companies from Chinese transplant industry has been growing, as has been the numbers of the victims.

The evidence used in this report is based on objective, public data available to everyone. Anyone can follow the methodology we used in our research and arrive to the same conclusions. The business charts and annual reports show always only the same numbers and the medical studies we used were written by western doctors. Chinese sources were archived.

The first chapter of the report gives a brief summary of evidence found by other researchers and organizations, as it may be crucial for considering the magnitude of this crime.

The illegality of it: