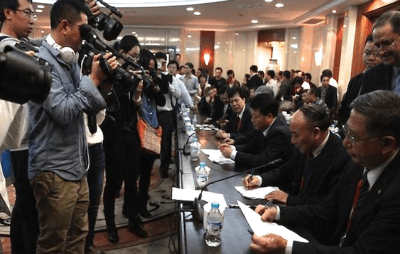 The month of June this year was to be one of celebration for the Chinese transplant community. An important conference was planned, the agenda of which was “to establish China as a model for the international standards now set forth by World Health Organization’s Guiding Principles and the Declaration of Istanbul,” the two global benchmarks for ethical organ transplant practice.

But there was no conference this June. And not a peep has been heard about the matter—not from China’s National Health and Family Planning Commission, which ostensibly oversees the country’s organ transplantation system, nor from The Transplantation Society (TTS), the international medical body that has for years worked with Chinese officials in an attempt to have them turn their system around from one of outright abuse into an ethical paragon for other countries.

Indeed, international transplant groups seem to have ceased high-profile cooperation with China, after TTS and the Declaration of Istanbul Custodian Group sent a public rebuke in February, pleading directly with the leader of the Chinese Communist Party, Xi Jinping, to clean up the corruption and abuses in the organ transplant industry.

The participation of the global transplant community was crucial for the proposed conference in June. Without them, it seems to have fizzled. There is no mention of the conference anywhere on the Chinese Internet, where such news is usually heavily trumpeted.

“The Chinese want to have their cake and eat it too—they want to engage in organ transplant abuse, and gain prestige in the profession globally,” said David Matas, a Canadian human rights lawyer who co-authored a seminal book on organ harvesting from Falun Gong practitioners in China. “The professional transplant community is shunning them and reprimanding them for organ abuse.”

Policy Change
The idea to hold a conference this June was proposed last October, during the excitement of the Hangzhou Resolution, when top international doctors were promised by Chinese officials that China would phase out organ transplantation from executed prisoners.

“A meeting is planned for Beijing in June 2014 under the chairmanship of Huang Jiefu, that would invite the leadership of the major international societies … to endorse the changing practice of organ donation and transplantation in China,” said a write-up of the October summit, published on the website of the Declaration of Istanbul Custodian Group, which upholds ethics around organ transplant practices.

A lot has changed since last October.

Most strikingly, Huang Jiefu, the former Chinese vice-minister of health, and now the director of the China Organ Transplant Committee, the official body which is supposed to oversee and implement organ transplantation policies, went on the record declaring that China would not stop transplanting organs from executed prisoners.

Much of the international transplant community’s dealings with China have been on the proviso that everyone was working to eliminate that practice.

In March, however, Huang was quoted saying, “Judicial organs and local health ministries should establish ties, and allow death row prisoners to voluntarily donate organs and be added to the computer organ allocation system.”

This change in long-running stated policy has led the international transplant community to a much colder approach toward China on issues of cooperation.

‘Empty Promises’
“Western doctors working with China are not being fooled anymore,” said Dr. Torsten Trey, the executive director of Doctors Against Forced Organ Harvesting, a medical advocacy group that has focused on abusive transplantation practices in China.

“After six or seven years of China’s empty promises, the doctors now get it, and they’re saying ‘Hey, you either fulfill what you promised at the Hangzhou Resolution, or we’re not going along with it anymore.’”

Official representatives from TTS did not respond to repeated enquiries about the conference—whether they declined to participate, and why they did not.

Dr. Jacob Lavee, an Israeli transplant surgeon and a member of the TTS ethics committee, said in an email that, as far as he knows, “Since the open letter of Dr. Delmonico and other TTS leaders to the president of the PRC, TTS has disengaged itself from any further activities in China.”

The World Health Organization, which was to attend the event and add another imprimatur of global credibility, did not respond to a request to comment. It is possible that the conference may be held later in the year, with a reduced set of attendees.

The Transplantation Society has not cut off contact with China entirely—Dr. Francis Delmonico, the president of TTS, attended and spoke at a transplantation meeting, sponsored by China’s National Health and Family Planning Commission, held in March.

It is possible that the shift to a firmer stance on Chinese promises on improving its transplantation practices will be helpful in the longer run.

“It’s not about isolating China, which means to stop all discussion and debate and conversation. The doors for communication are still open,” said Dr. Trey. “There was a promise, and it is obvious that the promise was not being fulfilled. It’s a signal to China that empty promises won’t work with the international medical community.”

Whether something meaningful can be rebuilt is an open question, given the internal breakdown in China, where the security services and the medical-military complex retain tight control over much of the organ transplantation system, leaving the health technocrats little influence in how transplantation is actually carried out—and where the organs come from.

“The whole effort, on everybody’s part, even if sincere, was naive,” said David Matas. “The theory was that you’ll get an island of the rule of law in a raging sea of tyranny and abuse—it’s impossible for that to happen, particularly when you’re dealing with an arena where the persecution of Falun Gong is central,” he said.

“Inevitably it had to fail. Anybody who thought it might succeed, I would say at the very least, was having too narrow a focus—looking only at this issue, without looking at the context, which is Chinese Communist Party rule of China.”