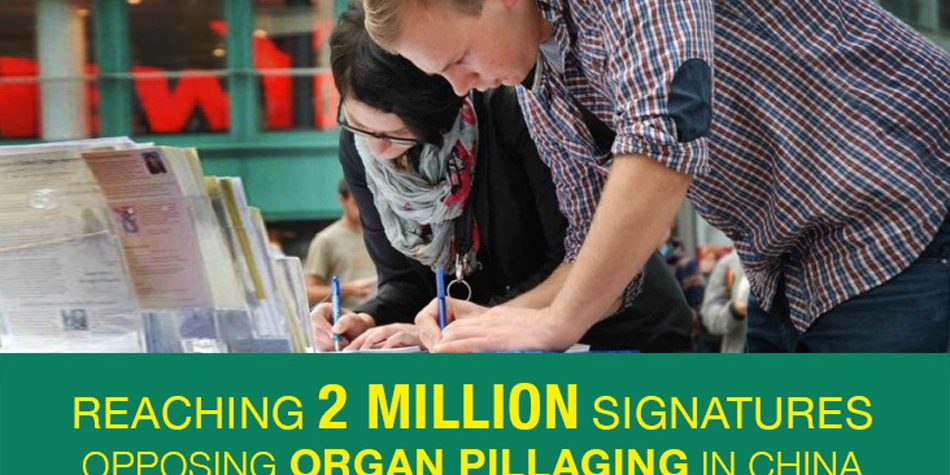 WASHINGTON, Dec. 10, 2014 /PRNewswire/ — Doctors Against Forced Organ Harvesting, DAFOH, the international human rights group made up of physicians and advocates for ethical organ procurement, has penned an open letter to United Nations High Commissioner for Human Rights Zeid Ra’ad Al Hussein, calling on him to use his influence to oppose and end the People’s Republic of China’s practice of involuntary extraction of organs from executed prisoners and prisoners of conscience.

This month, Chinese officials announced the intention to end the practice of forced organ extraction from prisoners by January 1, 2015– a promise they have made multiple times since 2007, with no apparent change in the practice. International observers estimate that at least 150,000 prisoners have died in the last 15 years because of the practice – many of them were prisoners of conscience from ethnic and religious minority groups, primarily from Falun Gong practitioners.

In its letter to the High Commissioner, DAFOH notes the growing international outcry against forced organ harvesting in China, as demonstrated by the overwhelming response to a petition circulated by the group over the last three years:

These petitions were delivered to the office of the commissioner without a satisfactory public response.

In the letter to the High Commissioner, DAFOH writes, “While there may not be a formal mechanism for the OHCHR to receive petitions like ours, a sincere moral obligation remains to acknowledge this urgent crisis and the courageous efforts of two million people over the past three years.”

DAFOH is calling on the High Commissioner to publicly acknowledge the petitions, and to hold China accountable to its pledges to end the practice, and demanding an open and transparent investigation into the country’s organ harvesting program.

“It is the hope of doctors and citizens all over the world that you will reflect upon the stark reality of what millions of people are facing inChina and take the righteous action required to prevent global collusion, to stand up to this unprecedented evil, and help to end these crimes against humanity,” the letter concludes.

ETAC Training Series: The Role of Photos and Videos As Evidence Of Human Rights Abuses
June 2, 2021