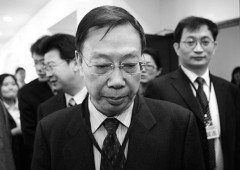 Hong Kong University (HKU) defended its honorary doctorate award this month to one of the architects of China’s highly criticized organ transplant system after the University of Hong Kong Students’ Union criticized the decision.

After meeting with China’s former vice minister for health, Huang Jiefu, the union issued the critical statement, pointing to Huang’s admission that the Chinese regime had taken organs from prisoners sentenced to death. A spokesperson for the students’ union said Huang told them he did not know where the organs came from, that he represented only the recipient, a position that did not seem to square with his own admissions of removing organs from executed prisoners.

Defending HKU’s position, a university spokeswoman said: “The university is against any practice of coercion in organ transplants that is in violation of basic human rights,” but did not directly address Huang’s activities as the former vice minister for health.

Huang’s claim not to know the source of organs seemed to ring hollow, given that he is the architect of China’s organ transplantation system and in an interview with the Australia Broadcasting Corporation last year, admitted to personally extracting organs from executed prisoners.

He also told a 2004 National Conference on Organ Transplantation in Shenyang that one of the biggest obstacles to China’s organ transplant system was the serious shortage of organ donors, according to state media.

Within two years the problem of donors was apparently resolved however, when state media quoted Huang, who said that most of the organs for transplants came from executed prisoners, reported the Los Angeles Times.

This was essentially the same statement that the Ministry of Health issued again in 2012.

Evidence supporting this conclusion was advanced by two Canadian researchers in 2006, in the form of hospitals advertising one-week waiting times, and doctors admitting in secretly recorded telephone conversations that executed Falun Gong practitioners were the source of organs.

Ethan Gutmann, a researcher of the transplant system, believes that over 60,000 organs were harvested from Falun Gong practitioners during the 2000s.

Chinese officials, including Huang Jiefu, have never addressed the evidence associated with these dark conclusions.

“I am confident that before long all accredited hospitals will forfeit the use of prisoner organs,” Huang said of the new program, in an interview with China National Radio.

But he was quoted in Chinese media saying effectively the opposite. “Judicial organs and local health ministries should establish ties, and allow death row prisoners to voluntarily donate organs and be added to the computer organ allocation system,” he said in widely publicized remarks. Families would be financially compensated under this scheme, a practice that medical ethicists regard as coercive and open to severe abuse.

This is not the first time that a university has been criticized for honoring Huang Jiefu. Last year a group of doctors demanded that the University of Sydney strip honorary titles they have awarded Huang, citing his admitted personal involvement with organ harvesting from prisoners.