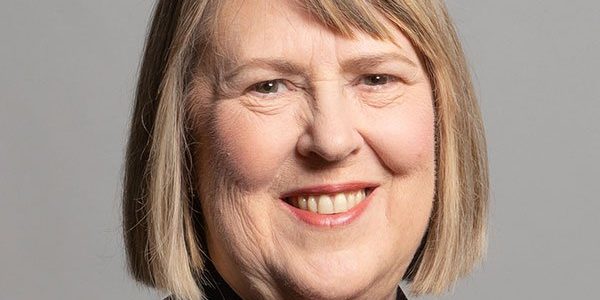 “Before I start, can I wholeheartedly endorse the expression of appreciation for the hon. Member for Strangford (Jim Shannon)? It has been my great pleasure to work with him on a number of issues, especially freedom of religion or belief. He is an inspiring leader on that issue, in particular in his role as chair of the all-party parliamentary group.

As my term of office serving as chair of the Conservative party human rights commission comes to an end shortly, I would like to pay tribute to all who over the past few years have contributed to our inquiries and reports, in particular the brave people who have given evidence to us, many at personal risk, and who either themselves or through their families have suffered greatly, often at the hands of their own Governments. I want to put on record my thanks and respect to them. Many are named in our reports. Without them, we as commissioners could not have highlighted the human rights concerns in those reports.

Promoting and protecting freedom and human dignity should be at the heart of foreign policy. The Conservative party human rights commission was set up by my right hon. Friend the Member for North Somerset (Dr Fox) to highlight international human rights concerns; inform, advise and enhance the party’s foreign policy; and ensure that fundamental human rights are kept high on the political agenda. A number of Members of Parliament have been the chair of the Conservative party human rights commission since its creation, but the deputy chair has throughout this 15-year period been the same person, Benedict Rogers, to whom I pay particular tribute. I want to put on record my profound thanks and respect to him. He has not only carried the bulk of the commission’s work throughout this entire period, organising witness sessions and producing the first draft of most of our reports, but he has also travelled to dozens—probably hundreds, I have lost count—of places across the world, often at great personal danger. He has been refused entry to one place and arrested and detained in others, meeting directly with those subject to human rights abuses to ensure that our reports are as reliable and authentic as they can be. I know that my respect for Ben is shared by very many parliamentarians in both Houses, and it has been a true privilege to work closely with him in this role.

Four years ago, the Conservative party human rights commission was a canary in the coalmine in Westminster, calling attention to China’s human rights crisis almost as a lone voice—in fact, an urgent question I raised in 2015 prompted a furore from some parts of Government—although, of course, many other courageous voices, such as Bob Fu of ChinaAid, have been raising such concerns for years well beyond Westminster. Today, it is heartening that the Conservative party human rights commissioners are but one of many such voices here in the UK Parliament, as yesterday’s urgent question on the Uyghurs demonstrated—including voices from within the current Government. We welcome that.

As mentioned, we will shortly be launching a further report expressing concerns on the deepening deterioration of human rights in China, which we hope will serve to continue to highlight these issues and inform further debate—a debate it is critical we have if we are to better understand how, as parliamentarians, we can help to shape a new international order in which the value of human rights and human dignity, the rule of law, democracy, international treaty promises, and freedom of expression, association and religion or belief are better promoted and defended. It is heartening to me how, over my 10 years in this House, expressions of concern by parliamentary colleagues on these issues have noticeably increased, and with impact and effect, not least as we have seen recently with regard to Hong Kong.

Sadly, any such impact cannot yet be said to have happened with regard to the deteriorating human rights situation in China. Among the most dramatic evidence of the decline in human rights there since our commission’s last inquiry in 2016 are the violations of the right to freedom of religion or belief. These have become even more egregious, widespread and systematic, according to evidence received by the Conservative party human rights commission this year. As we now know, some of the most egregious violations of freedom of religion or belief affect the Uyghurs, and they encompass an almost total denial of every basic human right. They include their own Government’s attacks on the Uighur identity, culture and religion, the breaking up of families, the destruction of thousands of mosques and the recent heart-rending sight of people being loaded on to trains to be transported to prison camps with purpose-built factories alongside them. This was all too reminiscent of the holocaust.

However, it is by no means only the Uyghurs who are being persecuted. For every major religious community in China today—Christians, both Protestant and Catholic, Muslims, Buddhists, practitioners of Falun Gong and others—the situation has become more restricted. Believers across the faiths have been arrested, imprisoned, tortured and even killed in connection with their religion or belief. There are other Muslim groups as well as the Uyghurs in Xinjiang that are affected, as well as the Buddhists in Tibet. Violations against Christians have intensified with the imprisonment of pastors and the desecration or destruction of hundreds of churches.

Accounts to the independent China tribunal, chaired by Sir Geoffrey Nice, QC, which delivered its final judgment in March this year on the persecution of Falun Gong practitioners, were truly heart-searing. We are told that persecution by way of forced organ removal is taking place on an industrial scale. It is almost too horrible for the human mind to comprehend. Human beings are being cut open while still alive, without anaesthetic, for their kidneys, livers, hearts, lungs, corneas and skin to be removed and turned into commodities for sale.

We, as commissioners on the Conservative party human rights commission, have found that human rights concerns do not always come neatly packaged and presented. Engaging can be messy, awkward and risky, and speaking truth to power is not comfortable, often as much for the hearer as for the speaker. So, why raise these concerns? It is because, whether we agree with their beliefs or not, these are fellow human beings who are being affected. It is because we should respect the worth of every human being, and because every created individual has value. It is because once we have heard of these things, we should not stay silent. As the holocaust survivor Elie Wiesel said:

“Whoever listens to a witness, becomes a witness”.

We speak simply because we should, and because, however distant the sufferings of those who hurt might be, we share in their common humanity. In this House we have been granted the profound privilege of having voices that can resonate across the world, and we must use them to speak out on behalf of the most vulnerable, afflicted and oppressed.”