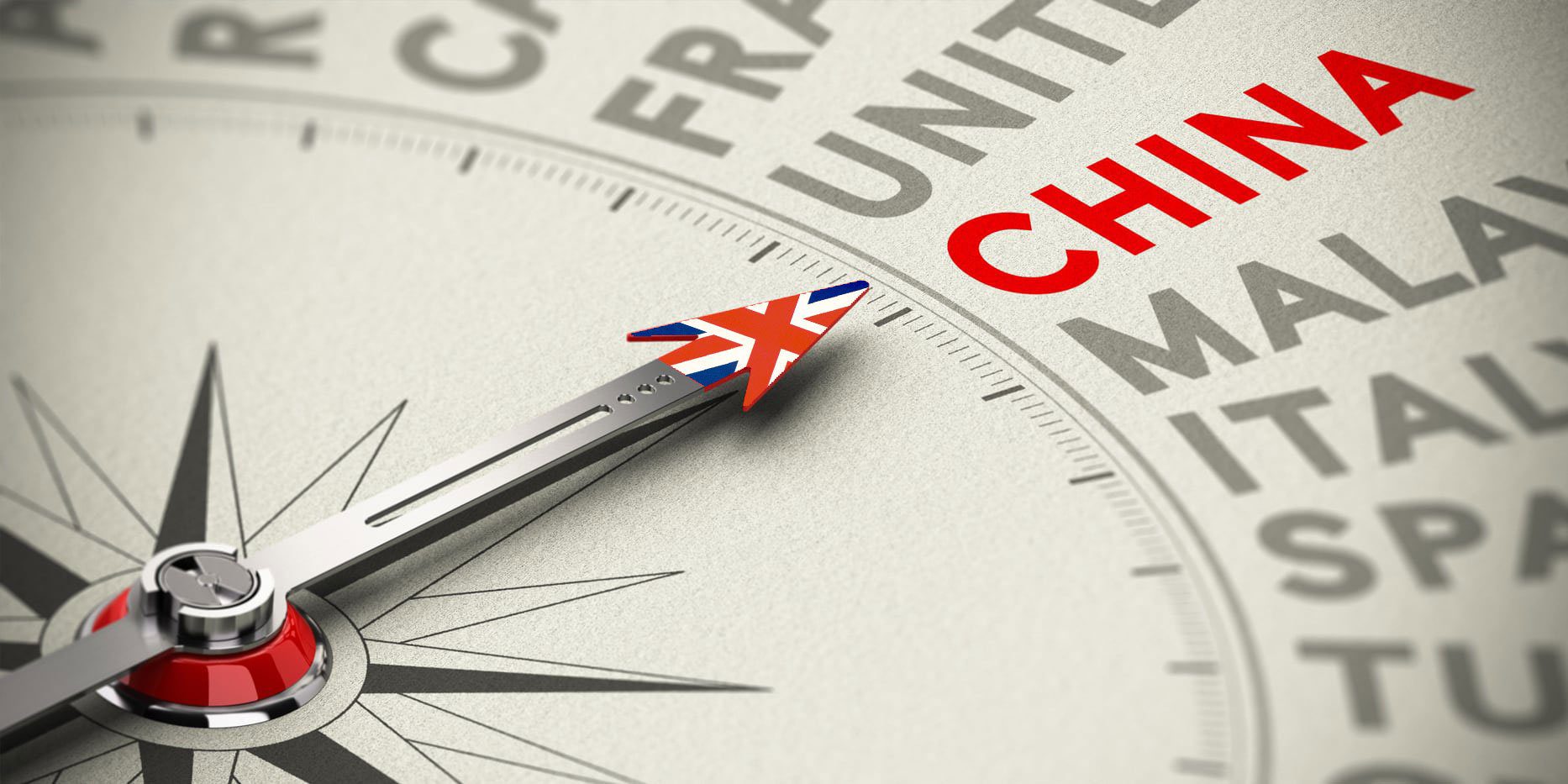 People in the U.K. are travelling to Mainland China for organ transplants. China is a country known for its unethical sourcing of organs from executed prisoners and forced, non-consented organ harvesting from prisoners of conscience. There is currently no legislation stopping people from the UK travelling to China to buy organ transplants. Organ tourists are freely returning from China to the UK for post-transplant care in NHS hospitals. The recording and monitoring of organ tourism from the UK to China, as well as how this information is handled and reported, varies greatly between different hospitals and NHS Trusts, leading to lack of transparency in data.

Freedom of information requests were conducted with NHS Blood and Transplant (NHS BT), which confirmed that between 1995 and 2012, 22 people from the U.K. travelled to China to receive kidney transplants. Five of these organ tourists were recorded to have received kidneys from deceased donors. The remaining seventeen were recorded to have received kidneys from living donors. No further information about the Chinese donors was given.

China’s Hangzhou Resolution came into existence in 2013, with previously regulated measures enacted in 2007 (1). This means that China did not have a transparent, established organ donor program during the period referred to in the NHS BT data, and still doesn’t. There are low numbers of registered organ donors in China (2), which has compounded unethical sourcing of organs.

NHS BT are only made aware of a patient receiving an organ in China after they have returned to the UK, and are being given post-transplant care on the NHS. In correspondence, the Foreign and Commonwealth Office confirmed that, “it is not possible to prevent UK citizens travelling to less well-regulated countries to seek an organ transplant, although UK physicians always advise patients against doing so.” That is, there is currently no legislation in the U.K. that prevents people from travelling to less well-regulated countries like China to buy organ transplants. Individual U.K. hospitals are also under no obligation to record this information, nor indeed to report any cases of organ tourism to China. Individual doctors in the U.K. can only advise their patients against buying transplants in China, and information about organ tourism tends to be recorded in private patient records, so data lacks transparency.

Further freedom of information requests were conducted with every transplant hospital in the U.K. Only one hospital, Sheffield Northern General, could confirm that it had recorded data of a U.K. patient who had gone to China. This patient received a kidney transplant in 2004 from Nanfang Hospital, in Guangdong Province.

In 2003, Nanfang Hospital was performing 3 kidney transplants per day, one fifth of the country’s total (3). This was also before any organised donor system was enacted in China. In its ‘Involuntary Donors’ report (4), the Laogai Research Foundation refers to a report by the South China Morning Post. It states that, “an official at the renal unit of Nanfang Hospital admitted that most of the kidneys used for transplants came from recently executed criminals.” It also states that, “Nanfang Hospital in Guangzhou, Guangdong Province is a major transplant hospital in southern China… this hospital is staffed by military medical personnel and teaching doctors. Because of its ties with the military, the hospital has easy access to executed prisoners.”

In a report by the Epoch Times, a former Guangdong official named ‘Mr Wang’ recalled his experiences at Nanfang Hospital. “Nanfang Hospital had its hands on all the organs, and sold leftover organs to other hospitals. A lot of money was being made.” The report added that Nanfang Hospital acted as an excellent opportunity for organs brokers to make money. Mr Wang also recalled the words of a former staff member from the hospital, who stated that “organ harvesting is like killing pigs. You get what you need.” (5)

Many other U.K. hospital responses to the freedom of information requests were contradictory to NHS BT data. For example, four hospitals said that they do record transplant tourism data, and stated that none of their patients had gone to China for organs. However, NHS BT confirmed that each of these four hospitals had a patient who had received a kidney in China.

As another example, Queen Elizabeth Hospital in Birmingham (QEHB), stated that it was unaware of any of it’s patients travelling to China for transplants, but NHS BT data indicates one patient had travelled to China. Dr Adnan Sharif is a Consultant Nephrologist at QEHB, and is also Secretary of Doctors Against Forced Organ Harvesting (DAFOH). In conversation, he stated: “I can confirm that as the clinician in charge of half of our post-transplant follow program… I am aware of two patients who have travelled to China for a kidney transplant in the last ten years.” This adds a previously unrecorded patient to the data for this research, bringing the total to 23 confirmed cases.

In commenting on the research presented here, Dr Sharif stated: “This is not routinely collated information for transplant units. I’m not surprised many (including mine) have no official register – the two patients I know of only have it documented on their clinical letters sent to the GP. There is no way for the [NHS] Trust to be aware of it, and no obligation to make NHSBT aware of it.”

As a final example, two other hospitals that stated they didn’t know, each had three patients in the NHS BT data who had received a kidney transplant in China. Both are highly respected medical institutions, Guy’s Hospital, and The Royal London Hospital.

Doctors face a difficult ethical dilemma, as no legal or procedural frameworks are in place to protect them and their hospital from potential, indirect and unknown complicity in unethical organ procurement processes in China. They can only offer advice to their patients against travelling to China for transplants. The way UK hospitals are monitoring organ tourism to China is simply not working. It should be working. Many of these hospitals are unaware that their own patients are going to China, and paying for kidney transplants. Furthermore, it is also important to note that the data presented here only reflects patients within the NHS system. Given the potential sums of money needed to procure organs in China, organ tourists may also be utilising the UK’s private healthcare system.

The life-changing emotional and moral choices of individual transplant patients are not the focus or critique of this research. However, this research does raise some difficult questions that need answering. What should the U.K. government and legal system do if someone from the UK buys an organ that is harvested from a prisoner of conscience in China? Is this person complicit in a crime against humanity? Further, what does the UK government and legal system do if the NHS then provides transplant aftercare to this person? Is the NHS being made indirectly complicit? What can the U.K. government do to protect patients, as well as NHS hospitals and staff, from any connection with this crime against humanity taking place in China? What can hospitals do to better monitor organ tourism to China, and protect their patients from buying organ transplants from less well-regulated countries?

Understanding the prevalence of UK-China organ tourists, creating legislation to protect people from procuring organs in China, and protecting healthcare services from indirect complicity, is only a first step. In order to ensure that any legislation is fully effective, a much deeper understanding of how people in the UK procure organs in China is needed. Are there black market channels, or organ brokers in or connected to the UK? How are payments made, and to whom? How are organs matched, and transplants organised? What are the experiences of UK patients in China when receiving an organ, and what important evidence might they have?

People in the U.K. are travelling to China to buy organ transplants. In China, innocent people are being murdered by the state, and their kidneys are harvested, to provide transplants to people who are willing to pay for them. It is not a huge stretch of the imagination to think that at some point, the two will connect together, and someone from the UK will buy a kidney that is harvested from a prisoner of conscience in China. For all we know, this has already happened, and may still be happening. If we do not act now, we continue to risk the UK healthcare system and it’s transplant patients becoming an extension of the organ harvesting system in China.

(1) The Hangzhou Resolution and Report of Meeting with Minister Bin Li of the NationalHealth and Family Planning Commission of the People’s Republic of China. Available here.

(4) Involuntary Donors: A Comprehensive Report on the Practice of Using Organs from Executed Prisoners for Transplant in China. Available here.