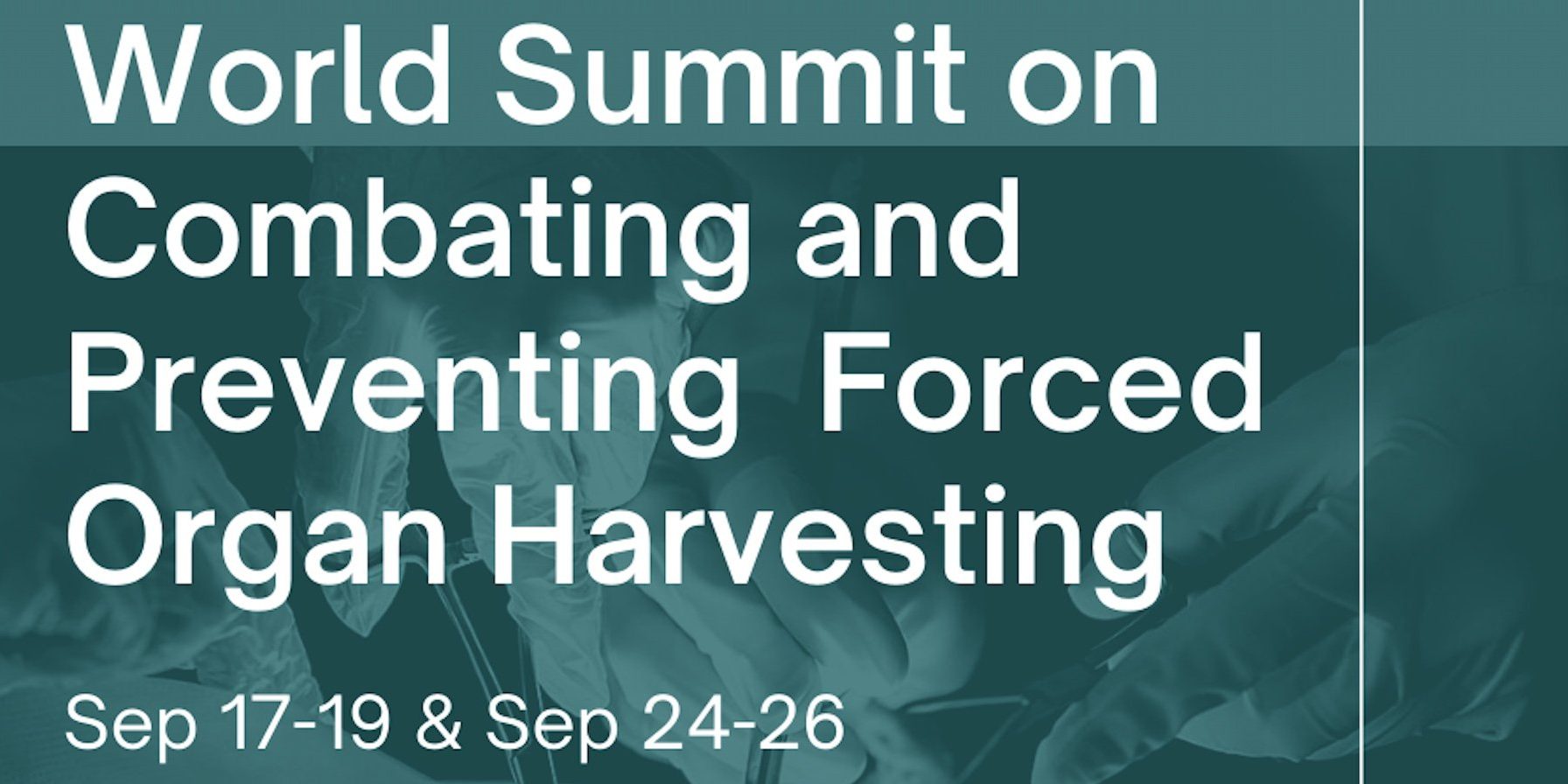 More than 35 international experts will discuss the abusive practice of forced organ harvesting from medical, legal, political, news media, civil society, and policy-making perspectives and elaborate on the impact this atrocity has on humankind. The event organizers also announce the launch of a Universal Declaration that will be presented to the public at the end of the World Summit.

A first in the field of medical ethics and human rights in both breadth and scope, the event, open to experts and the public, addresses the forced harvesting of organs from living people not only as a violation of medical ethics and basic human rights, but also as an atrocity against humankind. The systematic killing of people in order to harvest their organs on an industrial scale is a crime that is unprecedented in all of human history.

Experts, parliamentarians, and witnesses from 19 countries will speak at the World Summit on Combating and Preventing Forced Organ Harvesting to inform, educate, and encourage. The systematic organ harvesting from living people taking place in China is a politically motivated act, as it targets religious groups and minorities, but it also attacks the foundations of our civilization.

This profit-based practice in China is now being challenged by five non-profit organizations. The speakers, alarmed by credible independent and public investigations including the China Tribunal and United Nations experts and rapporteurs, wish to see an end to forced live organ harvesting from Falun Gong practitioners, Uyghurs, Tibetans, Muslims, and Christians in China.

Event host Dr. Torsten Trey, Executive Director of Doctors Against Forced Organ Harvesting, states: “Forced organ harvesting from living people is an unfathomable, unspeakable disgrace to humankind. Never before in history has an authoritarian regime persecuted living people by killing them with the goal to eradicate them through the installation of a self-propelling, profit-driven organ harvesting infrastructure, potentially turning organ recipients into accomplices as their demand for a transplant surgery might have fueled the transplant abuse. This should be of concern to all humankind.”

For further information and registration: https://worldsummitcpfoh.info/