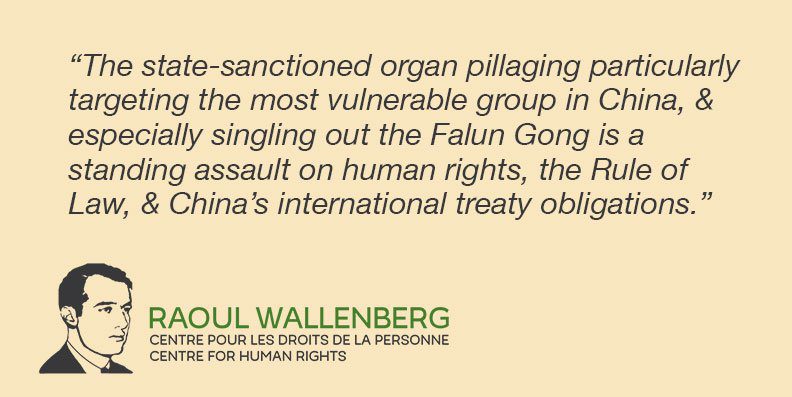 The state-sanctioned organ pillaging particularly targeting the most vulnerable group in China, and especially singling out the Falun Gong is a standing assault on human rights, the Rule of Law, and China’s international treaty obligations. In a word, this criminal conduct constitutes ongoing crimes against humanity, and there is a collective responsibility for the international community to address and redress this criminality.

In particular, we call upon the international community to: