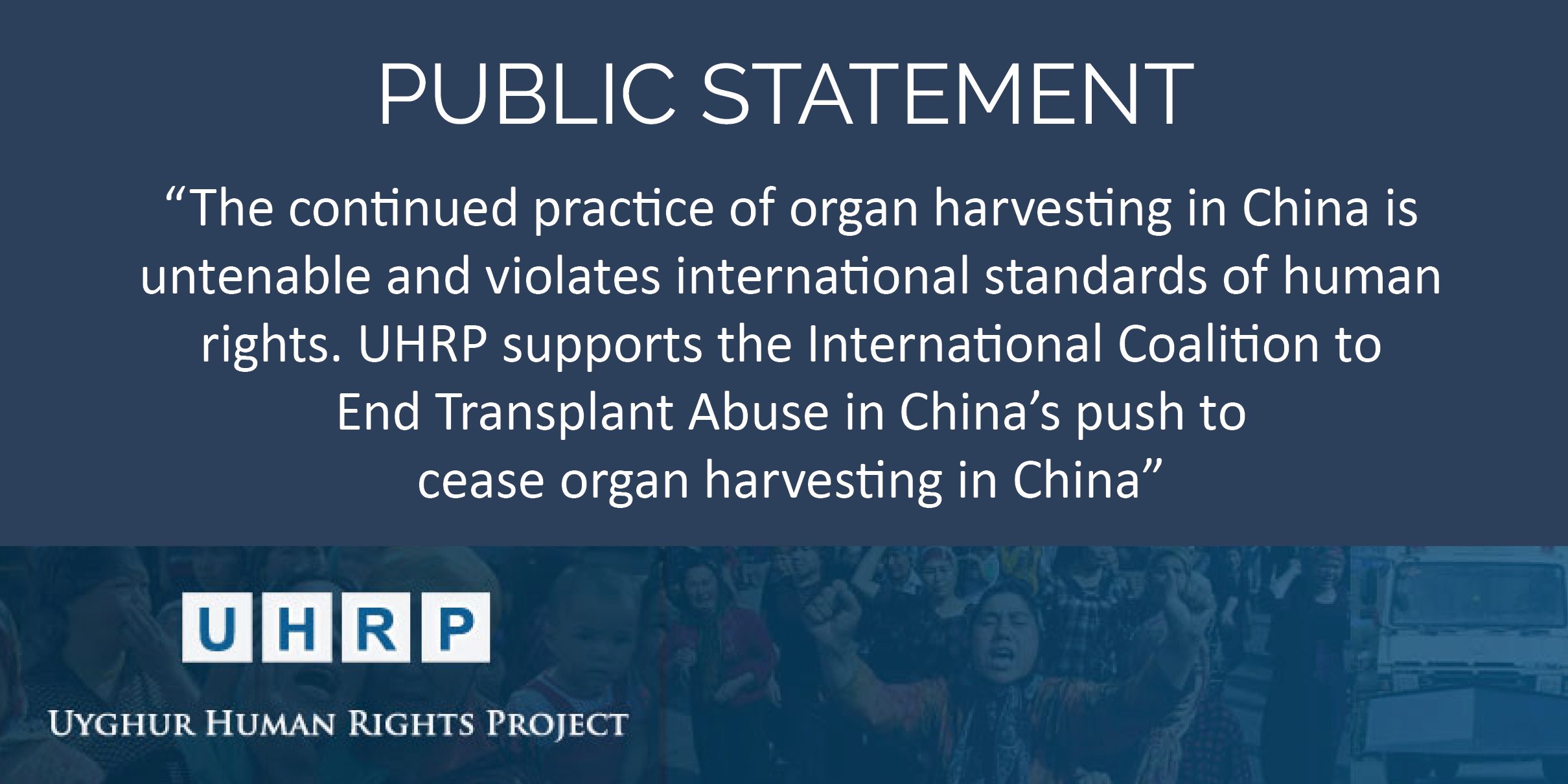 To Whom It May Concern:

This letter is to support the work of the International Coalition to End Transplant Abuse in China (ETAC). The Uyghur Human Rights Project (UHRP) believes the efforts of ETAC is integral in stopping the practice of organ harvesting in the People’s Republic of China.
UHRP is a human rights research and advocacy organization. UHRP focuses on promoting human rights and democracy for Uyghurs and others living in the Xinjiang Uyghur Autonomous Region of the People’s Republic of China.
Uyghurs face several human rights challenges, including political repression, cultural assimilation, and economic marginalization. Human rights organizations and U.S. government entities have documented the Chinese government’s systemic use of political charges, arbitrary detention, and harsh sentences to silence peaceful Uyghur dissent.
According a 2013 Radio Free Asia article: “A ‘high’ number of Uyghurs, including youngsters seized by security forces following ethnic unrest in China’s Xinjiang region, may have become victims of forced organ harvesting.” Ethan Gutmann, author of The Slaughter, a book on organ harvesting in China, writes Xinjiang was the “testing ground” for the Chinese Communist Party’s organ harvesting practices. Gutmann recorded how organ harvesting was conducted on executed Uyghur political prisoners.
The continued practice of organ harvesting in China is untenable and violates international standards of human rights. UHRP supports the International Coalition to End Transplant Abuse in China’s push to cease organ harvesting in China and endorses their work among legislators and medical professionals to apply pressure on the government of the People’s Republic of China.
UHRP urges all concerned parties to work with the International Coalition to End Transplant Abuse in China and promote a workable and rational set of measures to stop this gross violation of human rights. UHRP thanks you for attention to this issue and in taking steps to guarantee the fundamental human rights of all Chinese citizens.