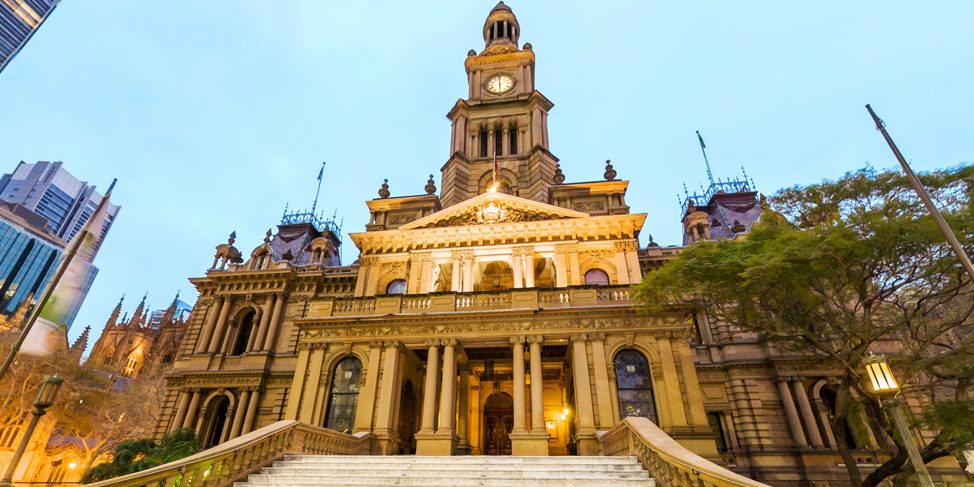 Groups persecuted by the Chinese Communist Party held a rally at Sydney Town Hall Feb 1, including members and supporters of Falun Gong, Uyghurs, and the Church of Almighty God. Professor Paul Macneill from ETAC’s Australian committee spoke about the forced removal of organs from prisoners in China. Read his full speech below. 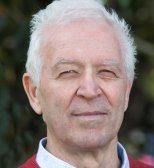 My name is Paul Macneill.
I am an Associate Professor at the University of Sydney.
I am also a member of the International Coalition to End Transplant Abuse in China, known as ETAC.
I am here to speak about the forced removal of organs from prisoners in China.
It is an honour to speak today and to stand in solidarity with members of the Falun Gong, Uyghur, and Eastern Lightening Christian Church of Almighty God communities.

Forced removal of organs from prisoners in China includes the removal of kidneys, livers, hearts, lungs and other vital organs.
Obviously, in many—if not most—cases the prisoners are executed.
The majority of these prisoners are practitioners of Falun Gong—which is a peaceful Buddha-school practice.
Other minority groups are also imprisoned and subject to forced removal of their organs including: Uyghur Muslims, House Christians, and Tibetan political dissidents.
Organs are then sold to Chinese residents and international medical patients—so called ‘transplant tourists’—who are in need of an organ.
Some of them know they are receiving organs from an executed prisoner!
Prices for organs are from AU$4,000 and up. 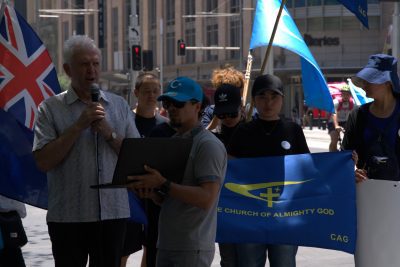 From the year 2000, there has been a rapid increase in the number of military hospitals surrounding internment camps that specialise in organ transplants.
China’s rates of transplants have increased rapidly.
Medical staff have been trained (some of them here in Australia), and Chinese citizens and foreigners could get a transplant in record time.
The Chinese government has not explained where all of the healthy organs come from.
In every other country of the world, there are long waiting lists for transplants. Organs can only be taken after donors have died from natural causes.

The China Tribunal
In June 2019 the China Tribunal—an independent judicial investigation into forced organ transplantation in China—released its final judgment.
The Tribunal’s conclusion, based on an extensive array of evidence and testimony—provided by more than 50 witnesses—found that crimes against humanity had been committed against China’s Falun Gong and against Uyghur Muslim populations.
The Tribunal stated in its conclusions:
“Forced organ harvesting has been committed for years throughout China on a significant scale and that Falun Gong practitioners have been one—and probably the main—source of organ supply. The concerted persecution and medical testing of the Uyghurs is more recent, and it may be that evidence of forced organ harvesting of this group may emerge in due course.”

The Tribunal found that there was no evidence to suggest that the transplant industry infrastructure—including military hospitals—has been dismantled.
Nor was there any alternative explanation of the source of transplant organs offered by China. The Tribunal concluded that forced organ harvesting continues up to this day.
The Tribunal’s findings to the United Nations (UN) Human Rights Council, were:

“Commission of crimes against humanity against Falun Gong and Uyghurs [has] been proved beyond reasonable doubt. Victim for victim and death for death, cutting out the hearts and other organs from living, blameless, harmless, peaceable people constitutes one of the worst mass atrocities of this century.”

I agree! This is unmatched wickedness and comparable to the extermination of 6 million Jews by the Nazis.
Metaphorically speaking: we stand down-wind from the smoke stacks of Auschwitz concentration camp.
Knowing what we know: we must do all we can to stop this!

Killing of Falun Gong, Uyghurs and others is a human rights atrocity on an enormous scale. As individuals and citizens, we must stop ignoring the inconvenient truth. We can and should act to:

If you wish to help the International Coalition to End Transplant Abuse in China, (ETAC) with this work, visit our website: www.endtransplantabuse.org