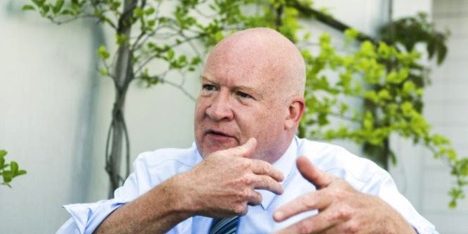 Three years ago, I spoke to the Senat about Chinese organ harvesting of prisoners of conscience. What has occurred since then – both in terms of our investigation and the Chinese Communist Party’s response to it – is a remarkable story.

Yet I am here today to tell you that we failed, that the world is facing a human rights crisis in China today that has no exact precedent in human history.

The Chinese claim to have 7000 voluntary donations a year – yet even their made-up numbers cannot explain their actual transplant volume. The majority of the shortfall is made up of Falun Gong. For example, on a single day in 2013: this woman watched over 500 Falun Gong labor camp prisoners being subjected to medical examinations of their retail organs.

But the Chinese Communist Party appear to be returning to the Uyghurs as a primary source of organs. Over the last year, 17 million Uyghurs – every man, woman, and child have been DNA and blood tested. And we have just learned that half a million to a million – sound familiar? Uyghurs, primarily males, have been sent to “reeducation” camps like this one, in Hotan.

The information is sketchy. The Internet is cut off, and no Western reporters can enter. But we do know that the Party is building nine crematoriums in Xinjiang. The first one, near Urumqi, just became operational. And the Chinese are not hiring two or three security guards, as most crematoriums would. They are hiring 50.

I don’t really know how else to put this: This is a human rights catastrophe. The evidence is unmistakable. It is unfolding before our eyes.

I am not a lawyer. I cannot tell you what course of action you should take: Ban Chinese transplant surgeons from entering Prague using the Magnitsky Act. Write a resolution. Make a statement. But for God’s sake, do something.