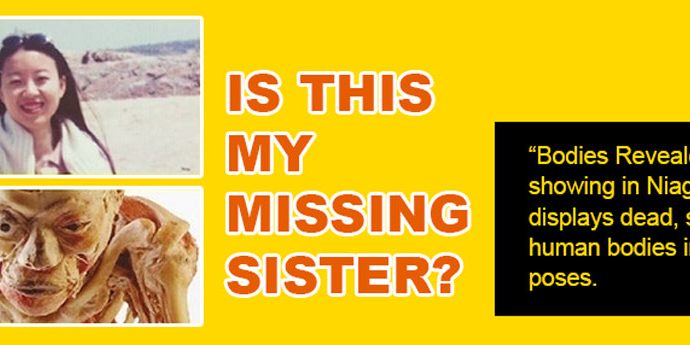 Torontonian Michelle Zhang, whose sister went missing in China while in police custody, wants these bodies identified for family reunification; wants the Chief Coroner to identify cause of death and to give the bodies a final resting place. However, Chief Coroner’s office has declined investigate because, “the deaths occurred outside the province.”  However, nothing in the Coroners Act states that it matters if a person died out of province. Therefore, I the undersigned demand the coroner call for an inquest and seize the bodies immediately, for the dignity of these human bodies please act!

This petition will be delivered to:
Death Investigation Oversight Council
DIOC, Toronto