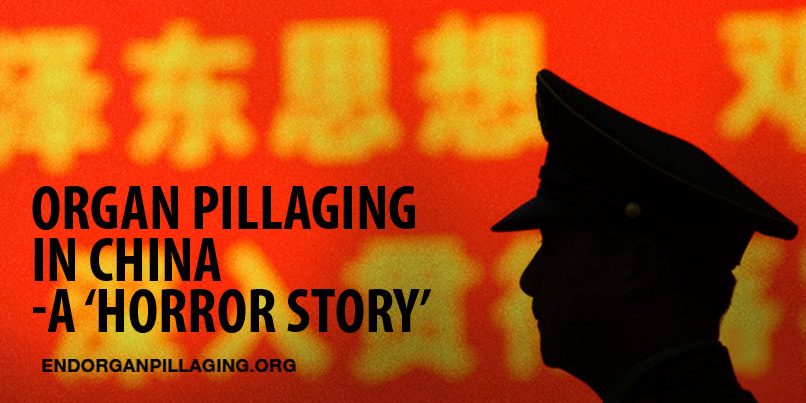 “This is something out of a horror story,” said U.S. Congressman Eliot Engel during a House Foreign Affairs Committee hearing, in reference to reports of forced organ harvesting against prisoners of conscience in China.

The committee met to approve a markup of a new resolution that expresses “concern regarding persistent and credible reports of systematic, state-sanctioned organ harvesting from non-consenting prisoners of conscience in the People’s Republic of China, including from large numbers of Falun Gong practitioners, and members of other religious and ethnic minority groups.”

Congresswoman Ileana Ros-Lehtinen told the hearing that China’s human rights violations are not going to go away simply by ignoring them — something she accused the U.S. State Department of doing.

“By passing this resolution we can send a message to the Chinese regime, the U.S. medical community, and our State Department that we condemn China’s organ harvesting. We know that it’s still going on, and we must do more to end this practice immediately. We cannot allow these crimes to continue,” Ros-Lehtinen said.

Reports of organ harvesting have been ongoing ever since a well-publicized 140-page report by two Canadians — human rights lawyer David Matas and former MP David Kilgour — was published in 2006. Their investigations found that large numbers of Falun Gong practitioners were secretly being killed for their bodily organs.

Watch Kilgour in this video, posted by International Coalition to End Organ Pillaging in China, where he discusses the different forms of evidence they used to come up with their conclusion that forced organ harvesting is occurring in China:

In its denial of the report, China’s ruling communists focused on attacking the authors, while not addressing the substance of their findings.

The Canadians’ report, and an updated version entitled Bloody Harvest, showed that state sanctioned forced organ harvesting was being carried out with the aid of surgeons, prison authorities, and military officials.

Falun Gong — a peaceful meditation practice centered upon the three principles Truthfulness-Compassion-Tolerance — became a target of the Communist state in 1999 due to its popularity with tens of millions of everyday Chinese.

“[Falun Gong] are a threat to no one, and yet they are being slaughtered in the secret jail cells throughout China, and what comes out of it, out of those jail cells — organs that are sent to various places in the world,” said Congressman Dana Rohrabacher at the hearing.

Subsequent investigations have also discovered that other prisoners of conscience — Tibetans, Uyghurs, and house Christians — have been killed for their organs, but in relatively smaller numbers.

Official estimates state that hospitals in China perform 10,000 transplants per year, but China expert Ethan Gutman told a Congressional-Executive Commission on China in Washington D.C. last year that he believes the real figure is three times that amount.

The communist government says that its medical system takes organs from executed prisoners on death row. However, investigators, such as Gutman, contend this explanation is an expedient falsehood to obscure the reality that the state executes prisoners of conscience upon demand.

The regime also denies it is persecuting Falun Gong practitioners.

“The Chinese government continues to insist that credible accounts of torture, sexual crimes, and arbitrary detention of Falun Gong practitioners are mere rumors. The evidence, however, tells a far different story, an inhumane story,” said Congressman Chris Smith at the hearing.

The resolution has been approved to be voted on in the U.S. Congress, which is expected to happen in the not too distant future.

“The resolution gives voice to those who cannot speak, to those who have suffered unspeakable torture and survived, and to the families who have lost loved ones,” said Smith.