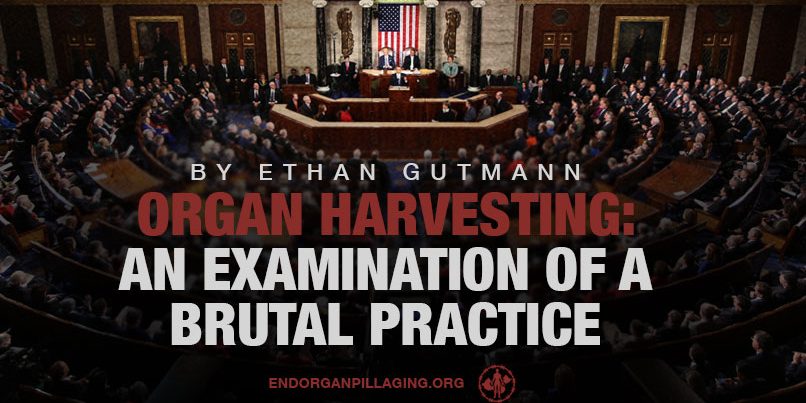 BY ETHAN GUTMANN, AUTHOR OF THE SLAUGHTER

Fourteen years ago, the Chairman of the American Chamber of Commerce (AmCham) in China gave testimony on Chinese intellectual property rights violations to the Congressional Executive Commission on China (CECC). He testified that the Chinese leadership was finally saying exactly what we wanted them to. Yet for US companies selling to the Chinese market, “15-20% of revenue is lost due to counterfeiting.” In other words, the problem was worse than ever.

That was Chris Murck, my former boss. He taught me that reform in China can take time. Eight years later Murck came back to the CECC and testified that counterfeiting was present, but receding. Perhaps that’s why when I was writing my book, seven years after the Kilgour-Matas report, I assumed I was writing about history.

How naive. After decades of Western legal exchanges with China, Chinese lawyers face mass arrests. And how strangely idealistic the words “free the Chinese Internet” sound today—in part because we know some American companies have dirty hands. So yes, if money is the main issue, you might scratch out a stalemate with the Chinese Communist Party.  But if the Party feels threatened, take all the time you like. You will probably lose.

Our Update is essentially a balance sheet of organ harvesting: Are we winning or losing?

Would it be plausible to suggest that such a facility might do one transplant a day? 146 transplant facilities, ministry-approved, meet that general description. And that yields a back-of-the-envelope answer: not 10,000, but 50-60,000 transplants per year.

Suppose we actually hold those same hospitals and transplant centers to the actual state minimum requirement of transplant activity, beds, surgical staff, and so on? 80-90,000 transplants per year.

Yet how shall we account for the emergence of Tianjin First Central Hospital, easily capable of 5000 transplants per year? PLA 309 military hospital in Beijing? Zhongshan Hospital? The list is extraordinary. A detailed examination yields an average of up to two transplants a day, over 100,000 transplants a year.

Now the figures that I have just given you are based on Chinese numbers. Not from official statements, but sources like Nurses Weekly.

To understand why organs are readily available we need to examine how harvesting evolved over time. In the 1980s, it was an opportunistic afterthought to a convict’s execution. In the mid-1990s, medical vans on execution grounds became routine and experimental live organ harvests were carried out on the execution grounds of Xinjiang. In 1997, following the Ghulja massacre, a handful of political prisoners, Uyghur activists, were harvested for a handful of aging Chinese Communist Party cadres.

Perhaps those organs were simply prizes seized in the fog of war. Perhaps the harvesting of prisoners of conscience could have ended there. But in 1999, State Security launched the campaign to eliminate Falun Gong. By 2001, over one million Falun Gong incarcerated within the Laogai System were subject to retail-organ testing, and Chinese military and civilian hospitals were ramping up their transplant facilities. By 2002, it was select House Christians. By 2003, it was the Tibetans’ turn.

By 2005, economic opportunism had been replaced by two hidden hands—five-year-plan capitalism and the Party’s desire to kill off its internal enemies. The result was that a foreign organ tourist of means could purchase a tissue-matched organ within two weeks. Hardened criminals were harvested for organs; transplant centers stood to make 60k, 100k, or more. But the rise of the Chinese transplant industry was built on the foundation of Falun Gong incarceration.

In early 2006, the Kilgour-Matas report was published. Beijing conceded that they used prisoner organs, ostensibly banned foreign organ tourism to China, and provided prisoners with permission-to-donate forms. In 2012, this thin tissue was shredded by the revelation that Bo Xilai’s protege, Wang Lijun, ran a live organ harvesting center which had performed thousands of transplants.

Fatally exposed, the Chinese medical establishment promised to move to voluntary sourcing within 3-5 years, but wrapped it in a semantic trick: The phrase “end organ harvesting of prisoners” was acceptable. The phrase “end organ harvesting of prisoners of conscience” was unacceptable. Thus the Chinese could avoid speaking about a vast captive population that doesn’t officially exist, while the acceptable phrase allowed Westerners to hope that “prisoners of conscience” was just a subset of “prisoners”. By avoiding the taboo phrase, both sides could maintain their illusions.

Yet throughout all the gyrations of the Chinese medical establishment’s supposed reform—the inconsistent numbers, the dithering over whether a prisoner could volunteer their organs, the claim that a voluntary donation system was magically in place—our Update finds only continuity: Transplant wings under construction, business as usual.

Profits drive hospital production. But what drives the Party? I don’t pretend to have special insight into that black box other than the Marxist practice of covering up a crime against humanity by liquidating anyone who is familiar with the crime. Perhaps that explains why 500 Falun Gong are examined in a single day, or given blood tests in their homes, or why Uyghur neighborhoods are riddled with forced disappearances.

As I turn to policy, let me begin with what we can’t be done.

We cannot verify self-proclaimed medical reform by arranged visits to a few Chinese transplant hospitals. In the words of Dr. Jacob Lavee, from The Transplantation Society (TTS) ethics committee and Doctors Against Forced Organ Harvesting (DAFOH):

“As a son of a Holocaust survivor, I feel obliged to not repeat the dreadful mistake made by the International Red Cross visit to the Theresienstadt Nazi concentration camp in 1944, in which it was reported to be a pleasant recreation camp.”

In short, the medical community cannot solve this problem alone. They need House Resolution 343. They need our research—and new investigations. They need to have oversight over Americans going to China for organs—and the support of the American people.

According to Lavee, not a single Israeli has gone to China for a transplant since Israel took a stand against organ tourism in 2008. Cutting off HMO funding wasn’t enough; the Israeli surgeons needed to make the point that no matter how much Chinese money was invested in Israeli software, doctors have a special interest in the phrase “never again.” For Taiwan, rejecting organ tourism to China was even more courageous given the Chinese military threat. But if the Taiwanese medical establishment and the political sector can join hands, we can too.

I have been told this is a Falun Gong issue. No, this is the familiar specter of human genocide—cloaked in modern scrubs. Even with a united effort, we may lose the patient. Yet let us at least enter the operating room with clean hands.