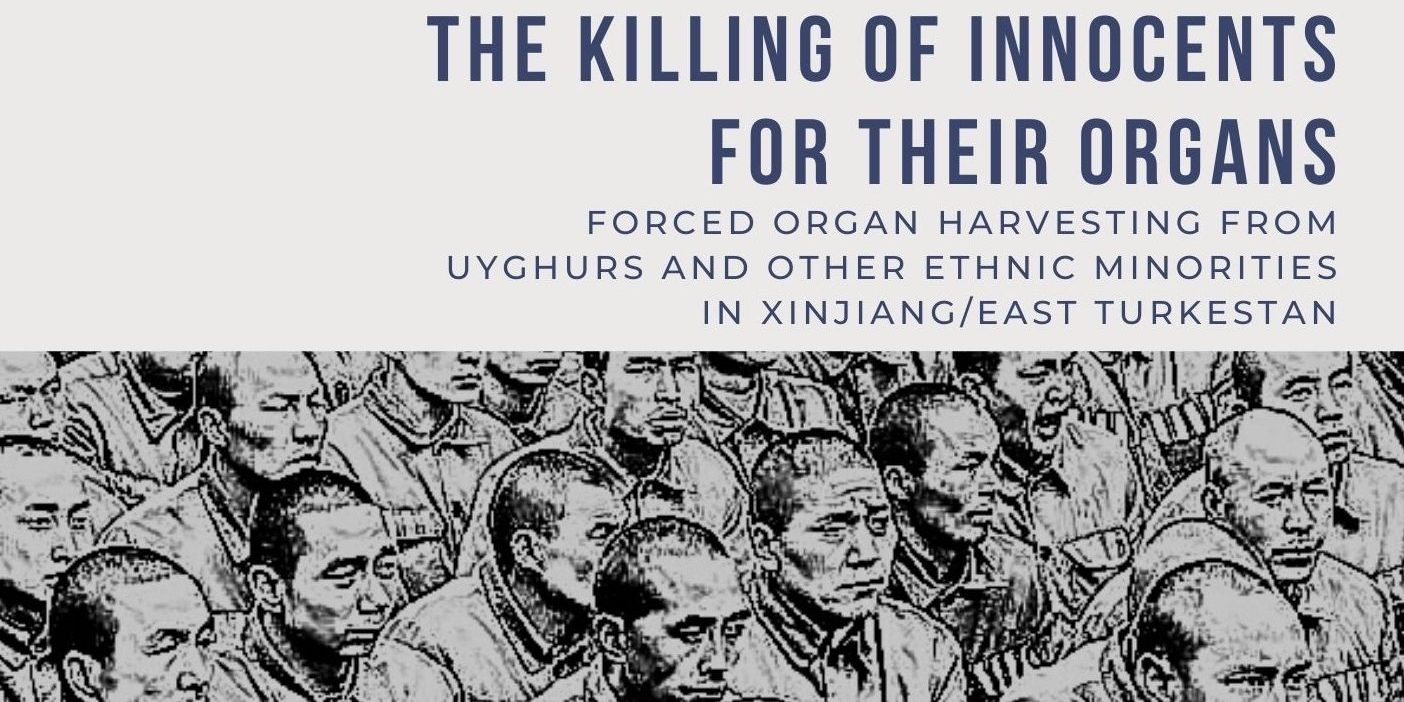 The Killing of Innocents for their Organs: Forced Organ Harvesting from Uyghurs and Other Ethnic Minorities in Xinjiang/East Turkestan

Over the last year, several investigators have made tangible progress in investigating the forced harvesting of organs from Uyghurs, particularly in the area of logistics and scale of the operation. The purpose of this document is to provide an overview of that evidence and, in so doing, to acknowledge that the evidence is quite complex. For those who work at the coalface of forced organ harvesting, this complexity is unsurprising. This is essentially wartime research; our enemy, the perpetrator, is engaged in actively eliminating any evidentiary trail and using every public relations tool available—ignoring, displacing, ridiculing and threatening—to bury the issue on a global scale.

This document may be useful to legislators and their staff, the victim diaspora, researchers and advocates as an overview of what we currently know about forced organ harvesting from the Uyghur and other ethnic minorities in the Xinjiang/East Turkestan region.

The Uyghur investigation is moving from a document-driven to a witness-driven investigation. Solid analysis of leaked Chinese government documents on forced labour by German anthropologist Adrian Zenz has triggered a virulent response in Beijing. Assuming a similar pattern to previous cover-ups—the persecution of Falun Gong, forced organ harvesting and the origin and initial spread of COVID-19—leakers have already been eliminated, and the Chinese Communist Party (CCP) will operate without documents going forward. Following the pattern of official Chinese transplant numbers, official Xinjiang census numbers that reveal collapsing Uyghur birthrates will be firewalled, withdrawn and replaced with new birth rates specifically designed to show modest growth. Subcontractors engaged in open bidding for Uyghur forced labourers—the sort of evidence collected by the Australian Strategic Policy Institute—will vanish from the internet. As internet research diminishes, direct witness accounts—following the pattern of the recent BBC investigation into the systematic sexual abuse in the re-education camps—can partially fill the gap