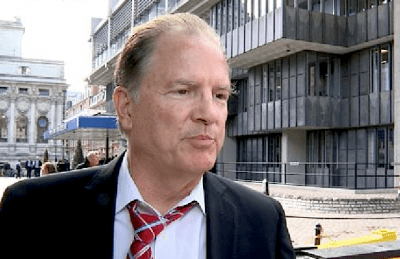 Medical professionals from around the globe attending the 2014 International Transplantation Congress in London last week condemned the widespread non-consensual organ harvesting from prisoners of conscience in China. All, that is, except for one Chinese delegate who has carried out transplant operations that number in the thousands.

The number of organ transplant operations taking place in China has seen a surge in recent years, following the persecution and mass arrests of practitioners of Falun Gong, a spiritual discipline which follows the Chinese traditions of meditation and self-cultivation.

Multiple strands of evidence and investigation show that this hike has only one explanation: a massive bank of live organs as a ready source from China’s labour camps where many Falun Gong practitioners are detained.

A resolution in the European Parliament in 2013 stated, “deep concern over the persistent and credible reports of systematic, state-sanctioned organ harvesting from non-consenting prisoners of conscience in the People’s Republic of China”. The resolution also pointed out that China “failed to account adequately for the sources of excess organs when requested by the former United Nations Special Rapporteur on torture”.

One of the attending doctors from China, Dr Shusen Zheng, has conducted over 1,000 liver transplants, as well as simultaneous transplants of multiple organs, including 25 cases of liver and kidney transplants, the highest in China according to mainland Chinese media and reported by the World Organisation to Investigate the Persecution of Falun Gong (WOIPFG).

Dr Zheng is also a local chairman of an organisation specifically set up to support the persecution of Falun Gong, by spreading anti-Falun Gong propaganda and carrying out research into brainwashing techniques to be used within brainwashing centres and labour camps. WOIPFG are thus investigating Dr Zheng’s possible involvement in organ harvesting.

Practitioners of Falun Gong in the UK gathered outside the conference venue in Westminster to raise awareness of the way organ transplantation operations are conducted in China and to collect signatures on a petition organised by Doctors Against Forced Organ Harvesting (DAFOH) to be presented to the United Nations in December.

When approached, Dr Zheng left swiftly without making any comment. Other doctors, however, were outspoken about the issue.

“It’s a crime against humanity, it’s against human rights and it needs to stop,” said Dr Howard P. Monsour, Jr., Chief of Hepatology at Houston Methodist Hospital in Houston, Texas. “I think there’s an awareness it’s going on and there definitely needs to be more concerted effort to make sure it stops,” he added.

“It is important for every person to know this,” said liver transplant surgeon Ilka Voin from Brazil. “In Brazil and other South American countries, we are against this type of organ donation.”

This year’s DAFOH petition follows a successful campaign last year resulting in 1.5 million signatures worldwide, and is again urging the United Nations High Commission for Human Rights to call upon China to end the crimes against humanity and initiate further investigation.

“Only if people are aware about something, they can do something to stop it. … I hope you achieve success in your cause,” said Ruchi Sharm, a doctor in hepatology and liver transplant from India.