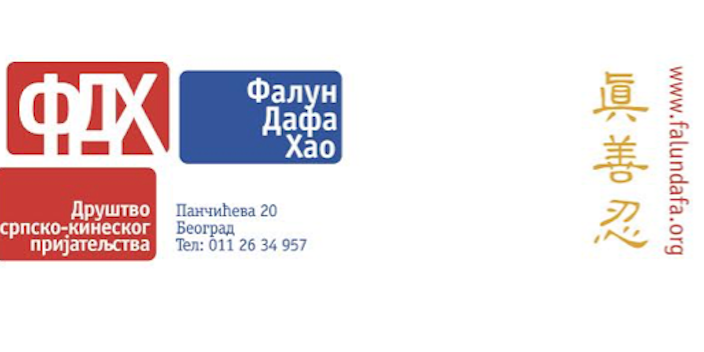 To Ambassador Michael Davenport,
Head of the European Union Delegation to the Republic of Serbia

Dear Mr. Davenport,
I’d like to inform you about unpleasant things that has happened recently and ask for your help in this matter.

Group of activists for human rights in China informed the police of their intention to organize protests during Summit of China and 16 states. The protests were supposed to raise awareness of violation of human rights and especially the issue of organ harvesting from live Falun Gong practitioners in China. EU Parliament resolution  (2013/2981(RSP)) condemned this inhuman practice.

Serbian Police illegally banned the protests, without any explanation. Activists from other countries still decided to visit Belgrade in order to raise awareness of what was mentioned in EU Resolution at NGO’s and government institutions.

On December 15, two more activists were taken by police. One was from Finland and one from Slovakia.

The document the police asked detained practitioners to sign is to say: they came to be part of illegal protests, and then they would be set free.  If they don’t sign, they can be held in detention (for up to 30 > days?), deported like criminals, and possibly blacklisted in the future. So far, everybody has refused to sign, because none of them have committed any crime, nor have they had that intent at any point.

Some other activists were denied right to enter Serbia and we suspect that was also illegal. Those are 2 persons from Croatia, one from Slovenia and 2 from Finland. Others had to cancel their trip in the last moment, which incurred serious costs.

I’d just like to add that Finish activist is UN Refugee and victim of persecution in China.

All of those in detention are EU Citizen. We would like to ask you to raise this serious case of violation of human rights with Serbian government so that those people can be immediately released from custody.

Bellow is list of people detained and kept at Padinska Skela:

“Squid Game” Amendment to be Debated in Parliament
November 25, 2021