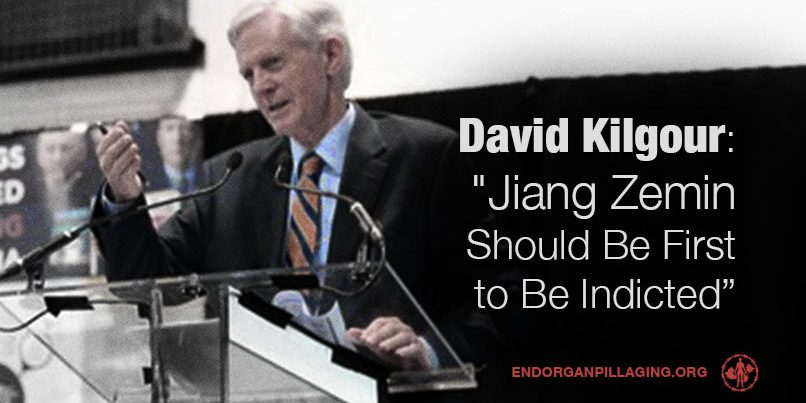 David Kilgour presented results of his investigations at the 2015 Congress of the Humanities and Social Sciences in Ottawa, Canada, on June 5. He highlighted the fact that Falun Gong practitioners are the main target of forced organ harvesting in China.

Mr. Kilgour said that as the person who launched the persecution of Falun Gong in China in 1999, Jiang Zemin should be taken before the International Criminal Court for crimes against humanity and “should be the first one to be indicted.”

Maria Cheung, Associate Professor in Faculty of Social Work at the University of Manitoba, reached the same conclusion regarding forced organ harvesting, “With the volume of transplants in China, the extremely low donation rate, and short wait period, Falun Gong practitioners are being used as the big pool of the living organ donor pool, available on demand.”

Mr. Kilgour said that Jiang’s letter to the standing committee of the Politburo after the Falun Gong practitioners’ peaceful protest near the CCP headquarters on April 25, 1999, is a key piece of evidence implicating him as being responsible for starting the persecution. “That letter alone is enough to provide prima-facie case that he is guilty of this ongoing crime.”

She stated that Jiang Zemin, former head of the CCP, personally launched the persecution in 1999, and planned to eradicate Falun Gong practitioners physically, mentally, and financially. Jiang and the CCP have targeted Falun Dafa practitioners over the past 15 years in ways that mimic genocide, according to Dr. Cheung.

She stressed the importance of helping from outside of China, “Being social scientists, we know that neutrality only means taking sides with the dominant power. In the Falun Gong case, the dominant power, being the CCP, has deployed a lot of resources to defame and fabricate disinformation about Falun Gong. Being neutral will only lead to indifference and perpetuate the genocide.”

“As a human being, my right was violated because any human has the right to live,” said Macy Demissie, a social science researcher from Quebec. She said that the presentations were very good in that it was not just theory.

The conference was held at the University of Ottawa from May 30 to June 5. It is the largest academic gathering in Canada and is attended by about 8,000 scholars, researchers, and policy makers each year.